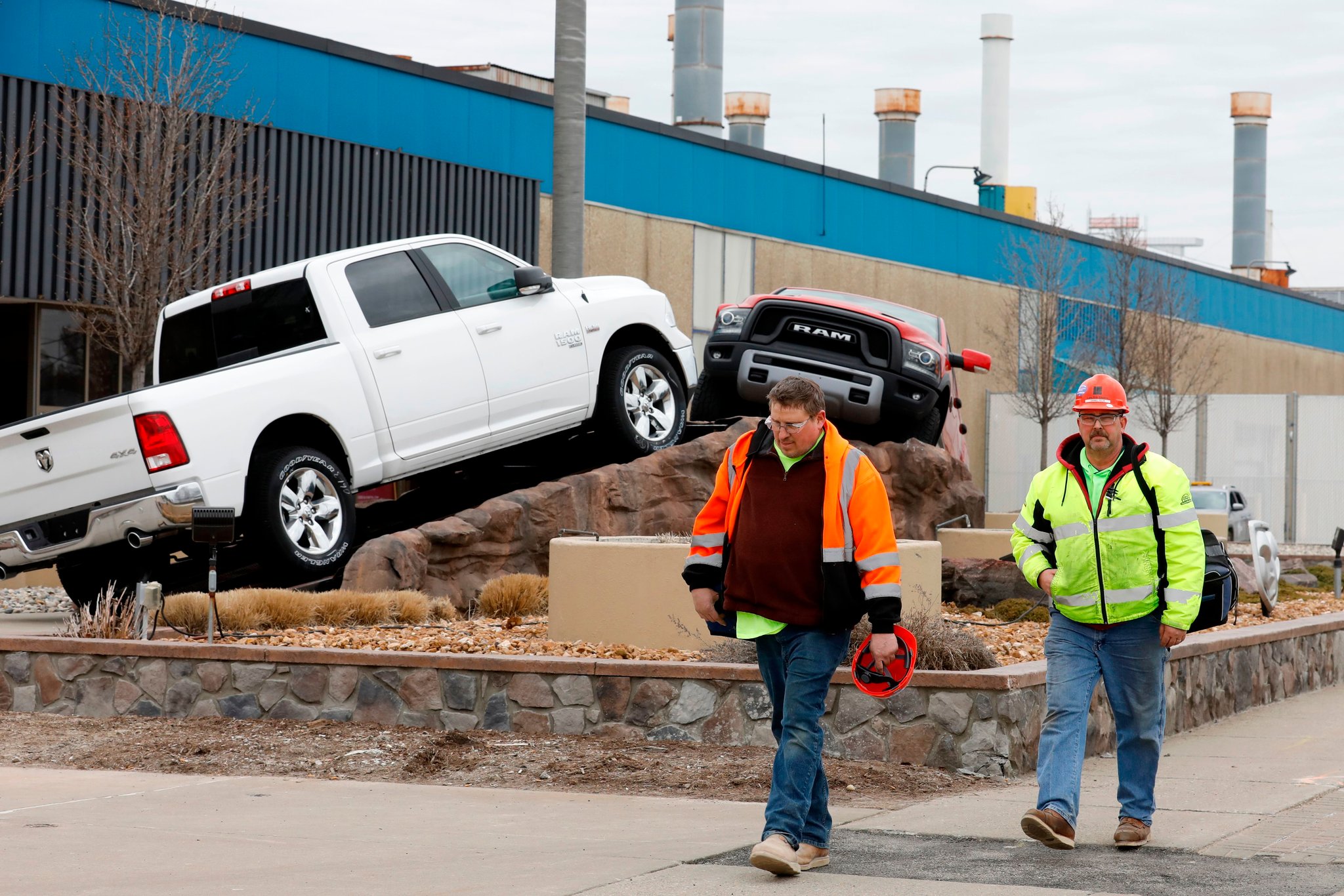 (DETROIT, MICHIGAN) - In a historic but increasingly expected move, Detroit's Big Three Automakers are suspending production for the next two weeks following an outcry By Rank-and-File Workers concerned about the spreading Coronavirus.

The shutdowns will hopefully work to limit the spread of the new virus, an unprecedented work stoppage that will affect hundreds of thousands of Factory Employees.

Fiat Chrysler Automobiles NV started to "progressively" shut down North American plants on Wednesday (March 18th) and will continue through the end of March.

Also Wednesday (March 19th), General Motors (GM) began a "cadenced" wind-down of its North American operations.  The suspension will last until at least March 30th and will be re-evaluated week-to-week after that.

The Ford Motor Company said it will close all of its plants in North America starting Thursday evening (March 19th) through March 30th.  The company's leaders say they plan to use the downtime to determine how to best structure plant restart plans.

GM and Ford appear to be shifting some of their focus to providing relief in the fight against the Coronavirus.  The two said they were looking at ways to develop equipment, including ventilators.

The automakers' decision comes after the United Auto Workers (UAW) intensified its push to close plants because Workers expressed increasing fear of coming into contact with the virus, and because the Honda Motor Company announced it would shut down its plants on March 23rd.

It's a move experts expected this week as automakers struggling with supply chain disruptions, disgruntled Employees and declining demand across the United States.

"We are ‘excited that they finally stood up for the Membership of the UAW as a whole,’" said Rob Foster, 42, of Ida Township, Michigan, a Toledo Jeep Employee for seven years. "We are ‘happy they are taking our concerns seriously.’"

The Union and the Big Three spent hours Tuesday and Wednesday debating how and whether to continue production amid the pandemic.

The UAW earlier this week pushed for a two-week shutdown, but instead, the group agreed the companies would schedule rotation shifts that would partially close plants and allow for greater space between Workers.

But on Wednesday, the Detroit automakers relented, driven by the realization that Employees' concerns could not be ignored and that absenteeism likely would rise, slowing production.

“Today’s action is the prudent thing to do," UAW President Rory Gamble said in a statement. "By taking a shutdown and working through next steps, we protect UAW Members, their families and the community.”