The NABTU On Final IRAP Rule From The U.S. Department Of Labor: Final Rule Rightfully Recognizes The Unionized Construction Industry As The Standard Bearer In The Workforce Development Space 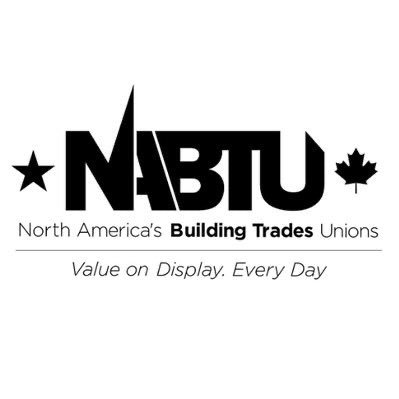 On June 15th, 2017, the Trump Administration issued Executive Order No. 13801 seeking to expand Apprenticeship opportunities and establishing a Task Force on Apprenticeship Expansion.

At the time of the announcement, the North America’s Building Trades Unions (NABTU) were recognized as the gold standard within the successful registered system, and that ‘large-scale Apprenticeship Programs (are) largely limited to the construction sector.

The Building Trades Unions, working together with contractors, spend more than $1 billion per year funding a nationwide network of nearly 1,600 teaching centers.

The industry understands the benefits of a skilled workforce and is willing to pay to teach its Workers.

Against that backdrop, we gladly accepted an invitation to participate in the Task Force on Apprenticeship Expansion to expand and strengthen Registered Apprenticeship.

As we engaged in the deliberations, we had two goals in mind: To impart our wisdom, experience and subject matter expertise from the registered system; and to ensure that the integrity of the Registered Apprenticeship System in our industry not be watered down.

With the issuance of the final rule, we now see that we were able to protect our industry’s successful programs.

Given the widespread and effective nature of our privately financed and jointly managed registered programs for the Construction Industry, the final rule recognizes our rightful place as the standard bearer in the workforce development space.

To be sure, there have been spirited debates both inside and outside the Administration about how to finalize this rule, and we saw an outpouring of support that culminated in record level engagement by citizens in the public comment period that reiterated, both the need and ongoing support, for the Registered Apprenticeship System in the Construction Industry.

We are pleased that their voices were heard and that the final rule recognizes the protections for, and success of, registered Apprenticeship in the Construction Industry.

We thank those in the Administration who supported the Construction Industry’s high-road training standards that empower Workers to reach and remain in the Middle Class.

We appreciate the time spent by all - especially our Rank-and-File Members - who petitioned their government during the public comment period.

Together with our industry partners, we will continue to invest in high-quality training standards that promote the well-being of Apprentices and meet the demands of the industry.

To Directly Access This NABTU Statement, Go To: https://nabtu.org/press_releases/statement-on-final-irap-rule/