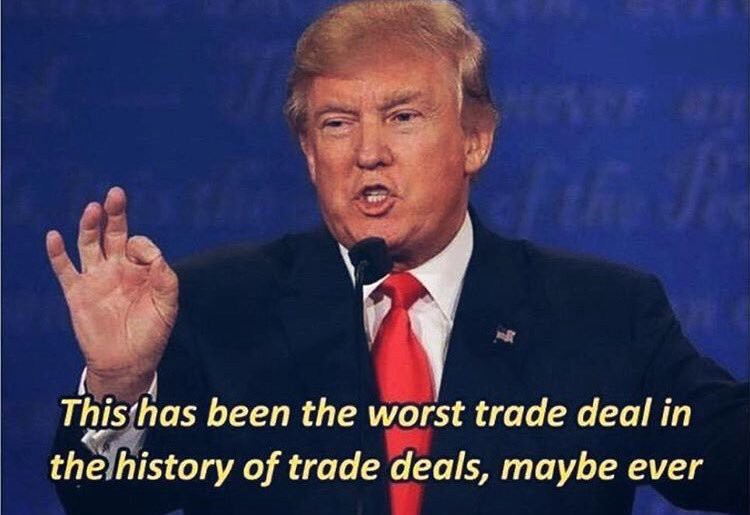 Donald Trump, the self-proclaimed “great negotiator” and author of The Art of the Deal, promised to use his bargaining skills to help the American Worker.

Trump vowed to rewrite Trade Deals, stanch the offshoring of U.S. jobs and reinvigorate American manufacturing, but his behavior tells a different story.

Both of the Trade Deals he produced so far - the original United States-Mexico-Canada Agreement (USMCA) and the “phase one” agreement with China - failed American Workers.

Bad trade costs millions of American jobs and Trump’s brand of deal-making won’t bring them back.

For more than 20 years, politicians of both parties failed to fix a broken system.

Corporations exploited Trade Agreements to shift family-sustaining manufacturing jobs to Mexico, China and other countries that pay Workers low wages and deny them the protection of Labor Unions.

They made boatloads of money offshoring jobs, but in the process, they robbed U.S. Workers of their livelihoods and hollowed out countless American communities, decimating their tax bases and exposing them to epidemics of crime and opioids.

Trump made fair trade - and standing up to cheaters - a centerpiece of his 2016 campaign.

He railed against the North American Free Trade Agreement (NAFTA), which empowered corporations to shift more than one million manufacturing jobs to Mexico.

He excoriated China for illegal trading practices that siphoned off more than three million American jobs, and he vowed to stop the bleeding.

The Labor Movement was prepared to work with him to achieve its long-sought goals, but as President, he let Workers down.

The omission of enforceable Labor Standards in the original NAFTA enabled U.S. corporations to move manufacturing jobs south of the border and take advantage of Mexican Workers.

Mexican Workers make a few dollars an hour, much less than their U.S. counterparts, and they lack the protection of real Labor Unions.

Workers have no voice, and U.S. corporations get rich gaming this system.

Because Trump failed to deliver, Labor Unions and Democratic members of Congress stepped into the breach and did the hard work of fixing the deal so that it provides real protections for Workers and jobs in all three countries covered by the agreement.

To Continue Reading This Labor News Report, Go To: www.truthdig.com/articles/how-trumps-trade-policies-failed-workers/