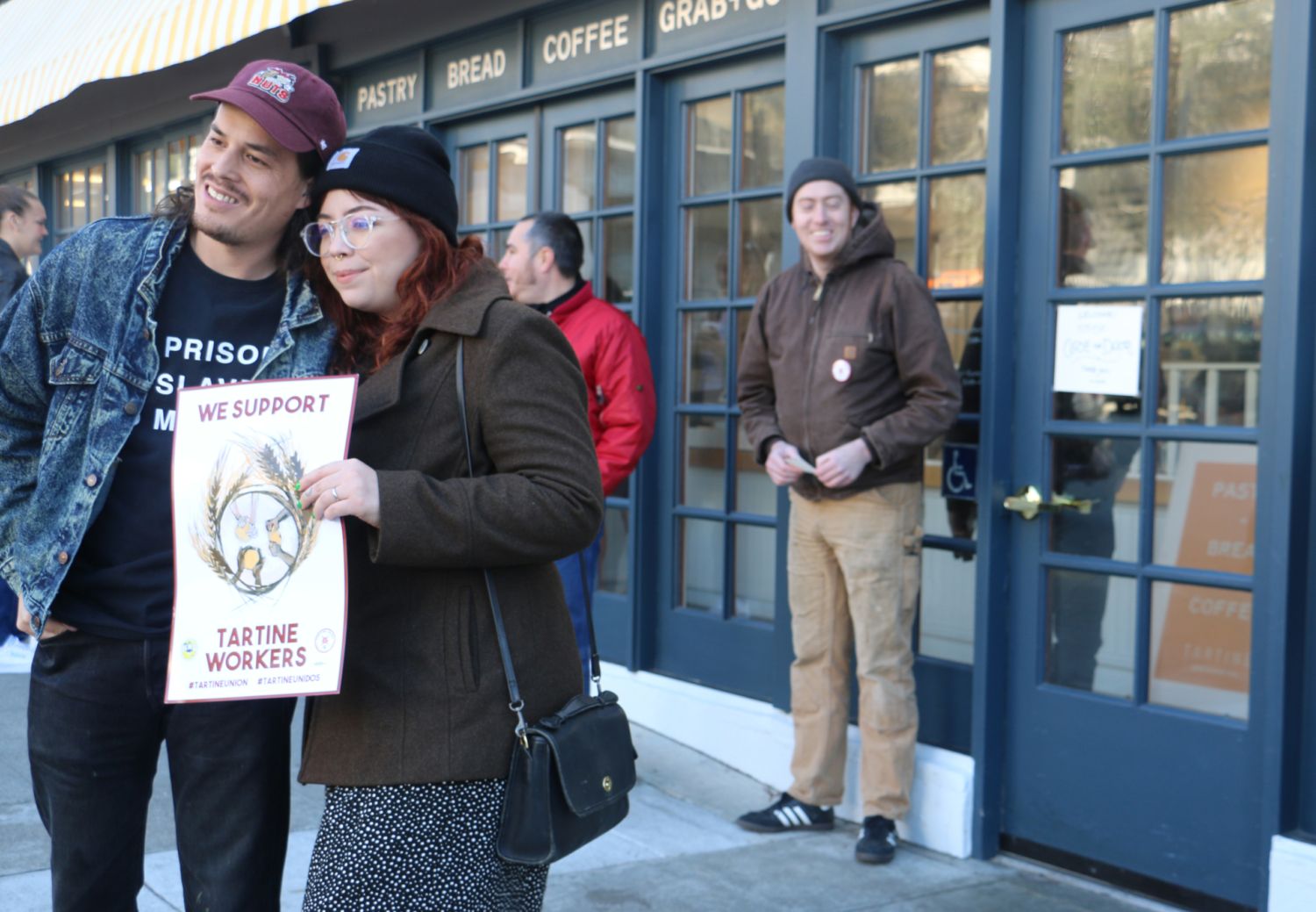 (SAN FRANCISCO, CALIFORNIA) - Tartine Bakery Workers have voted to Unionize by a final vote of 89-to-84 – but both representatives from the International Longshore and Warehouse Union (ILWU) and management are contesting 24 additional votes, which could well swing the election.

In early February, Tartine Workers announced their intention to Unionize, initiating a fraught five-week period leading to the vote.  Now, according to ILWU Organizer Agustin Ramirez, the matter could drag out for many additional months and require litigation: “We’re ‘hopeful’ the owners ‘will accept the victory of the Workers and abide by that.’  We would ‘like a fast and expedient process to determine (if the contested votes should be included or not).’”

Workers at the world-famous bakery and pâtisserie accuse management of Union-Busting, with specific complaints about mandatory meetings used for Anti-Union sermonizing, the singling out and isolation of mono-lingual Latino Workers described as “vulnerable” by Union Organizers, the deployment of as many as five largely Spanish-speaking Anti-Union Consultants, and the alleged hiring of a dozen “ringers” prior to the Union Vote that other Workers have not seen show up to the job.

“I’m ‘happy we’re ahead right now,’” said barista Pat Thomas. “That’s ‘good, but I wish I had a better sense of resolution.’”

Tartine was founded on Guerrero Street in 2002 by married couple Chad Robertson and Elisabeth Prueitt, the beachhead of a dough empire.

It now has five locations in the Bay Area, four in Seoul, South Korea and two more planned in Los Angeles.

It abruptly shuttered its vast downtown Los Angeles manufactory in December, after less than a year in business, laying off scores of Workers on the spot a week before Christmas.

Despite the aggressive expansion, management has noted that the money for each venture is not commingled. Prueitt told The San Francisco Chronicle that Tartine’s Bay Area outlets are not profitable.

“There’s ‘obviously money, but how is it being spent?’  ‘This is why we need a seat at the table,’” notes Hostess Brigitte Johnson. “Unionization ‘is attractive because it gives us a formal structure to represent ourselves.’  Tartine ‘is already a pretty good’ workplace, ‘but it could be better.’”

In the run-up to the Union Vote, Workers said they wanted to focus on wages, scheduling and benefits.

During the bakery’s rapid period of expansion, they complained, a number of Workers had lost health care coverage.

Several Workers told us they earned at or close to minimum wage, which is currently $15.59 in San Francisco.

To Continue Reading This Labor News Story, Go To: https://missionlocal.org/2020/03/tartine-union/