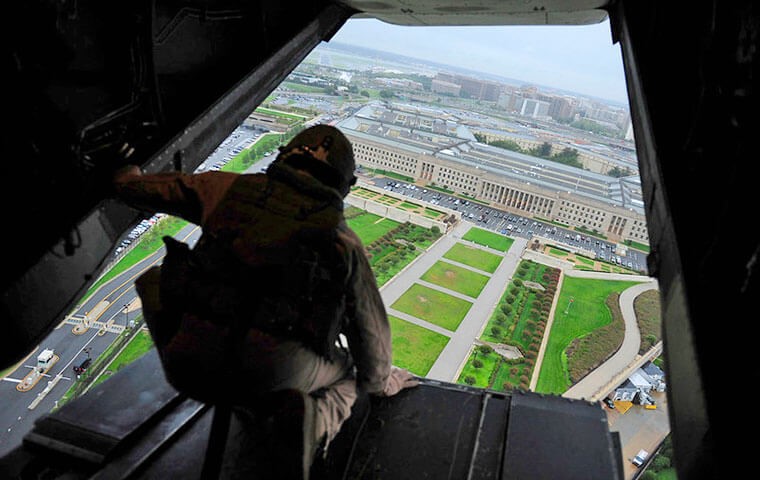 In the memo, Trump allowed the Defense Secretary, or any Senate-confirmed political appointee at the Department of Defense delegated by the Secretary, to make such exclusions for the purpose of “expedient and efficient decision making” on security related matters.

The Department of Defense so far has not invoked the authority and it is unclear how widely it might be used.

The Department of Defense is both the largest Federal Agency and one of the most heavily Unionized.

Union representation already is barred or limited on National Security grounds in many of its intelligence components and other sensitive areas.

In a letter to the White House, six Senators said that they “agree that the Department of Defense requires flexibility to respond to the challenges our Nation faces.  However, collective bargaining is not only compatible with this needed flexibility, but also is a key component in preserving flexibility by giving Employees a voice in the system and providing avenues for management to receive feedback.”

Previous use of the authority to limit Unions at the Department of Defense “has been as narrowly crafted as possible,” they added. “Any attempts to broadly exempt agencies or subdivisions that have been operating successfully would run contrary to the intent of the authority and successful practice” and any future exemptions “should be consistent with prior uses of the exemptions.”

The memo previously drew opposition from a coalition of Federal Employee Unions that asked Congress to prevent the Department of Defense from carrying it out.

The most likely vehicle would be to attach language to the Defense Authorization Bill, which commonly is enacted late each year.

To Directly Access This Labor News Story, Go To: www.fedweek.com/fedweek/sens-say-limiting-dod-unions-on-national-security-grounds-poorly-defined/