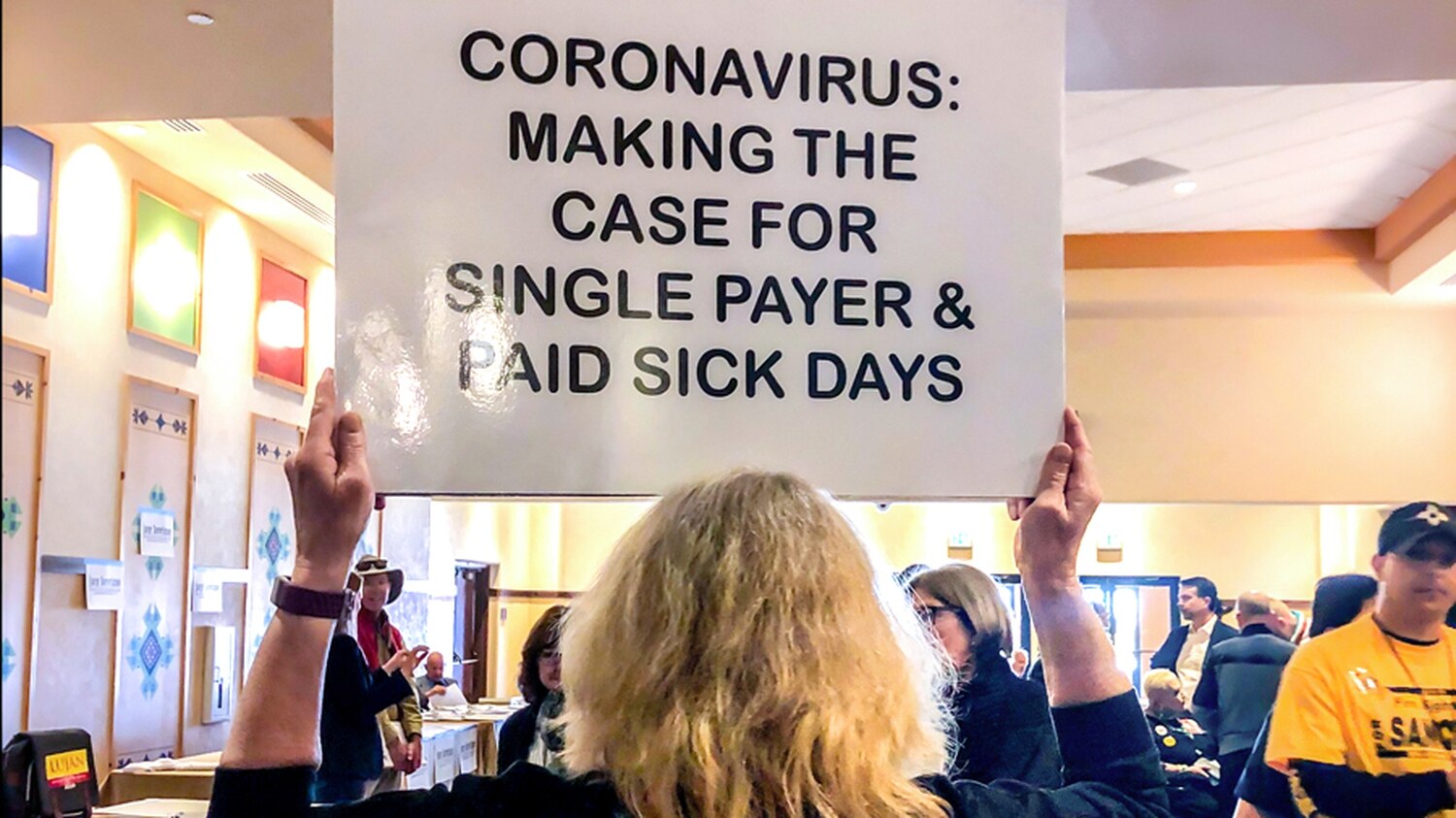 (WASHINGTON, D.C.) - The United States is one of the only rich countries not requiring employers to give their workers paid time off when they’re sick and it has become an urgent issue for more Americans because of the Coronavirus outbreak.

Citing the crisis, Democrats in Congress are trying to pass a new version of a Sick Leave Bill that has been stalled in Congress since 2004 - and expand it to add 14 days of immediately accessible Paid Sick Leave in the case of a public health emergency.

A newly-released economics study offers an idea of what might happen if the bill passed.

It’s the biggest study of the effects of State Sick Leave Laws in the United States.

In states that mandated sick leave, it found, fewer Employees worked when sick.

On average, they took two additional sick days a year.

And the cost to employers who began offering sick leave after the laws passed was relatively small.

“Right now, the experts are telling people: Stay home if you’re sick,” said U.S. Senator Patty Murray, a Democrat from Washington and a sponsor of the new Bill.

But many Workers, including those in the service industry, cannot follow the advice without losing a paycheck, she said.

“That’s why paid sick days ‘are such a critical part of this response,’” Senator Murray said.

Republicans have generally not supported a Paid Sick Leave Mandate, but Republican President Trump now is meeting with Congressional Leaders to discuss relief for Workers.

Officials said the ideas include a payroll tax cut, small business loans and legislation intended to protect Hourly Wage Earners who may have to miss work because of the spread of the virus.

One in four Workers has no access, according to U.S. Labor Department data.

That includes 6% of the highest earners and two-thirds of the lowest earners.

Forty-percent of Workers in service jobs, like those in restaurants, shops or child care centers, have no Paid Sick Time.

Senator Murray and U.S. Representative Rosa DeLauro, Democrat of Connecticut, are sponsors of a Bill that would enable Workers to accrue up to seven days of sick time.

In response to the Coronavirus outbreak, they introduced a Bill that would also require that employers of any size offer Paid Sick Leave (previously it was only those with 15 or more Employees), and that they give an additional 14 days in a public health emergency.

Democratic Leaders in Congress, Nancy Pelosi and Chuck Schumer, have called for a range of health measures, including Paid Sick Leave for Workers under quarantine or whose children were out of school because of Coronavirus.

To Continue Reading This Labor News Story, Go To: www.nytimes.com/2020/03/10/upshot/coronavirus-paid-sick-leave.html?fbclid=IwAR2GU1z6E2SPPOTjHRgb5z6tF_jMPFnvsubMGnhElVh-cdTeNDandFsF8Xc