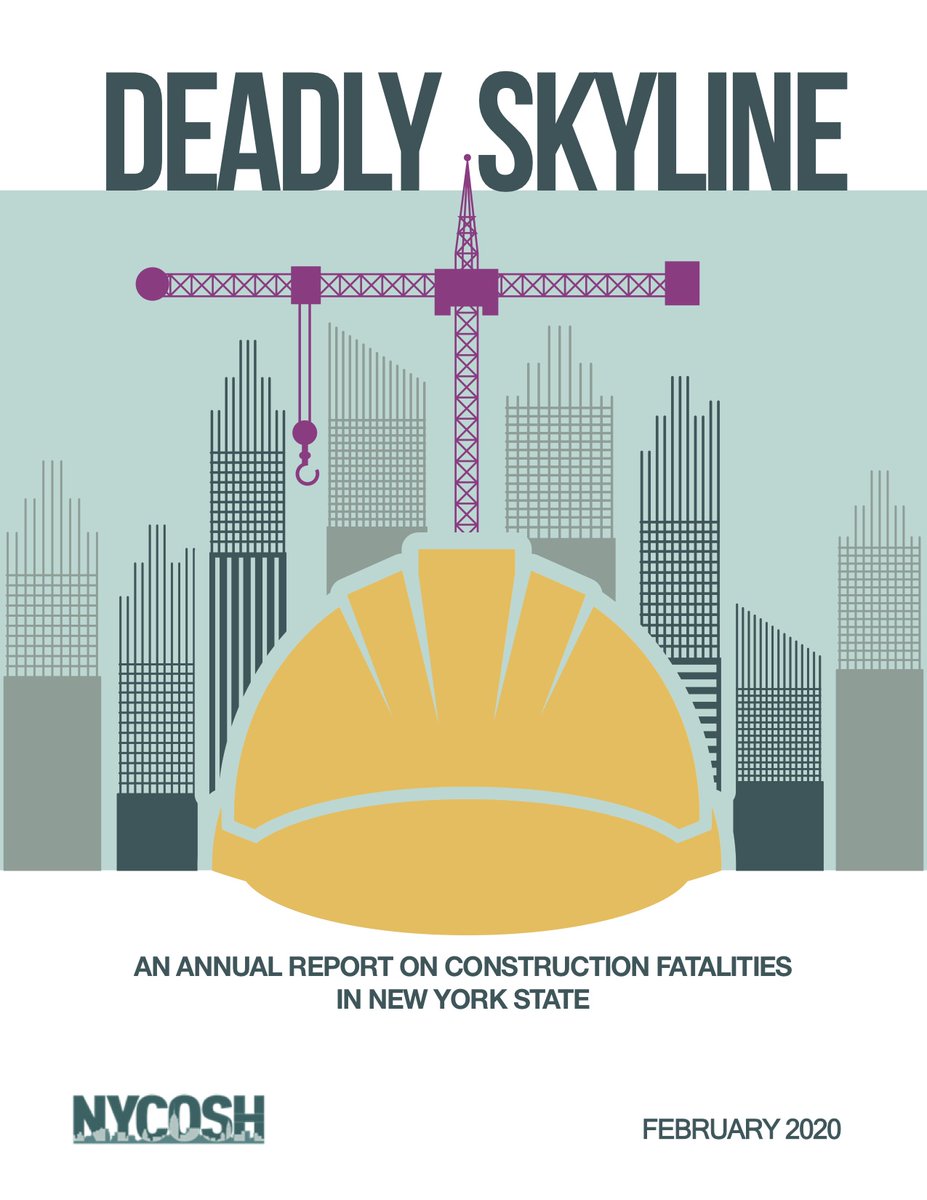 NYCOSH’s report unveiled a number of findings and recommendations to improve Worker Safety in New York:

NYCOSH uses training, education, and advocacy to improve health and safety conditions in our workplaces, our communities, and our environment.

Founded 40 years ago on the principle that workplace injuries, illnesses and deaths are preventable, NYCOSH works to extend and defend every person’s right to a safe and healthy workplace.

To Directly Access This Labor News Report, Go To: https://nycosh.org/2020/03/nycosh-construction-fatality-report-deadly-skyline-released-today-reveals-new-york-city-construction-fatalities-on-the-rise-fatalies-decreasing-in-new-york-state/?link_id=2&can_id=d28a0e75022b91d73fc95bc86b686390&source=email-union-matters-february-28-2020&email_referrer=email_741616&email_subject=union-matters-march-6-2020