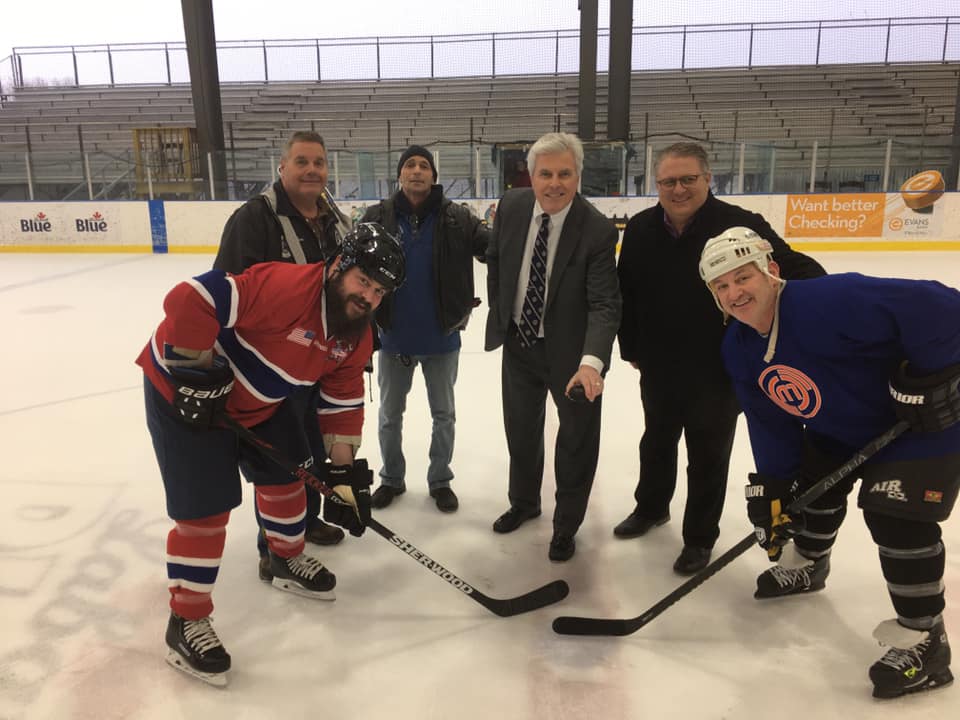 (BUFFALO, NEW YORK) – A three-day outdoor hockey tournament that was held over the weekend by the Buffalo Building & Construction Trades Council and its Member Unions helped raise $20,000 to benefit the Roswell Park Cancer Institute, while at the same time promoting Union Solidarity and giving back to the Buffalo Community.

“Roswell ‘does a great service’ to our community,” Buffalo Building Trades President Paul Brown told WNYLaborToday.com before the first puck dropped on Friday (March 6th) at one of the outdoor ice rinks housed within the RiverWorks Complex in Downtown Buffalo.

“(Roswell) ‘really struck home for many of us’ (within the Trades who’ve had loved ones with cancer treated at the renowned Buffalo Cancer Research Facility in Buffalo’s sprawling Medical Corridor),” he said. 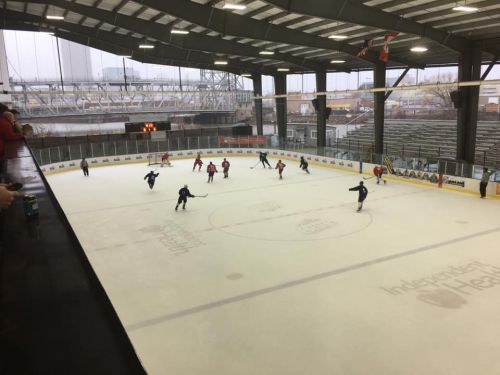 In addition, the Niagara County Building Trades and Communications Workers of America (CWA) Local 1122 had teams and players that participated in the tournament.

Brown gave a special round of thanks to the Buffalo Law Firm of Collins and Collins, the major sponsor and contributor of the Buffalo Building Trades Charity Hockey Tournament.

In addition, the Piping Industry Service Coalition (PSIC), the Maxwell Murphy Law Firm, Friends of Mark Poloncarz, Ortt for Senate and Jacobs for Congress also made contributions to the Trades for the tournament that benefitted the Cancer Research Center.

When it was all over, Road Sprinklerfitters Local 669 had defeated the Ironworkers by a score of 3-2 to win the tournament. 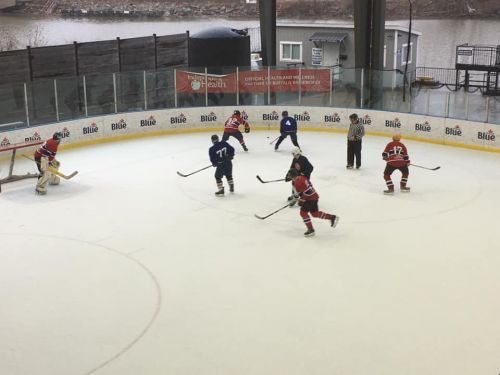 Roswell Park Cancer Center CEO Candace Johnson said in a released statement: “We are so appreciative of the good citizenship and generosity of all those who participated in the Buffalo-Niagara Building Trades Hockey Tournament.  It’s the support from community events like this that allows us to continue our important work in research and clinical care for cancer patients at Roswell Park.  We are enormously grateful for this gift and the Building Trades’ support of our mission.  (And) This is an especially meaningful donation because it came from some of the same community members who have literally helped build Roswell Park and make it what it is today - particularly our Scott Bieler Clinical Sciences Center, our most recent new construction, which has helped us bring outstanding, comprehensive cancer care, survivorship programming and early detection to thousands in our community.”

Laborers Local 210 Business Manager Pete Capitano, whose father was also treated for cancer at Roswell, told Your On-Line Labor Newspaper that the Trades’ effort to raise money for the Roswell Park was “fantastic.”

“My father was a patient there and I have ‘nothing but good things to say’ about Roswell.  It ‘means so much to our community’ and it’s ‘great’ we (the Buffalo Building Trades Unions) have come together (to raise money for the cancer research center),” said Capitano of his father, also named Peter, who he said was diagnosed with cancer at the age of 39, but lived to the age of 71.

Mr. Capitano headed Local 210 and was subsequently succeeded by his sons, first Sam, and now, Peter.

The mother of Jim Willis III (Pictured Below on the left, next to Cement Masons Local 111's Sal Caci) of Ironworkers Local 6 - who was in charge of the Buffalo Trades’ charity hockey tournament, was also treated for cancer at Roswell. 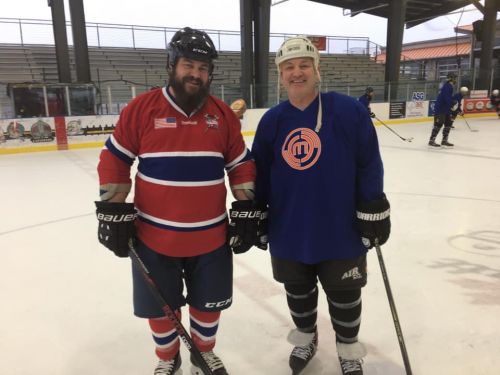 “She ‘just received’ treatment for cancer and ‘luckily’ (Roswell Park) took care of it quickly,” said Willis, Local 6 Business Agent and the Union’s Financial Secretary-Treasurer. “Cancer ‘affects so many of us and it definitely hit home with me.’  It’s ‘very important’ for the Building Trades and its Member Unions ‘to give back to our community and it shows the good things Union Construction Workers do for the community.’”

Plumbers Local 22 Business Manager Sean Redden told WNYLaborToday.com: “It’s ‘very important the Trades do things like this.’  We ‘chose’ Roswell ‘because it is so important to our city.’”

Asked if he was surprised by the great level of participation by the Trades Unions in the hockey tournament, Redden answered: “It’s ‘not’ a surprise.  (The Buffalo Trades) ‘are made up of great organizations with very good people.’”

Cement Masons Local 111 Business Manager Chuck LoCurto told Your On-Line Labor Newspaper: “This is a ‘win for both’ Roswell and the Trades.”

“Roswell ‘wins with the donation’ we’re making and the Trades ‘win by coming together and playing as a team.’  ‘It’s also great to see the Niagara County Building Trades get involved in the tournament because a lot of the Trades’ Members don’t know each other, other than working on a jobsite.’  ‘There are so many benefits to this,’” he said.  “People think the Trades ‘are just after’ the money when it comes to getting state construction projects, ‘but they don’t know about all the money our Members raise and donate.’  Our Members ‘do everything they can and we want more people to know about it.’” 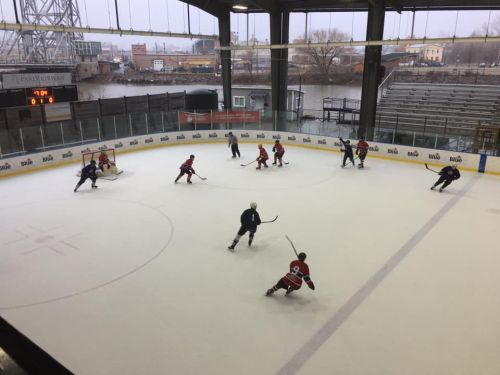