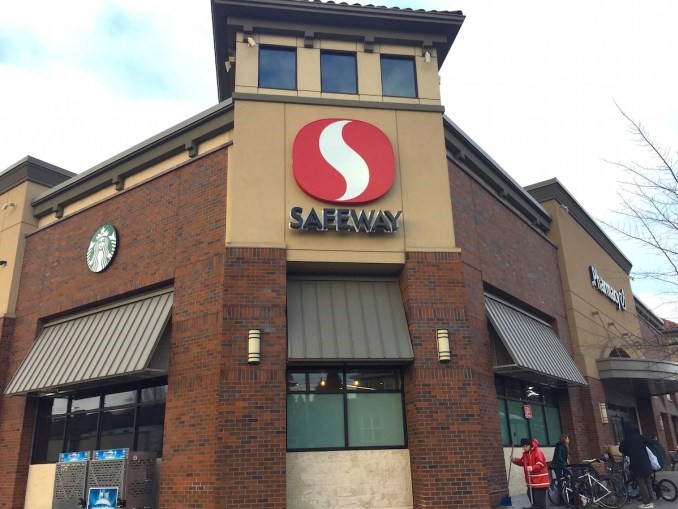 Employed by Groceryworks.com Operating Company LLC - a subsidiary of Safeway – the Workers pick up groceries ordered on-line and deliver them to nearby homes in refrigerated box trucks.

The campaign began at the end of September with a shot in the dark by brand-new Teamster Organizer Bobby Rispler, who was working his first day on the job.

After Safeway.com Drivers in Olympia and Seattle had joined the Teamsters and won a $2-an-hour raise, a “90-10” Health Insurance Plan and a $1-an-hour Pension Contribution, Rispler decided to talk to Portland-area Drivers.

“Pardon me for intruding, but what’s the pay like?” he asked the first Driver he saw.

“Horrible!” the driver replied, adding, “We don’t have a Union!”

Rispler, who gave his card to that Driver, had seen what a Union could do in 18 years at UPS.

He became a Steward six years ago and in September took an indefinite leave from UPS to attend a three-day Union Organizing School and become a full-time Teamsters Organizer.

Rispler learned that at Safeway.com, pay started at $14.50 and with 15-cent annual raises, didn’t get much higher.

And Drivers suffered from extreme instability in shifts, never knowing when they’d be called in on a day off or told on their way to the job that there’d be no work that day.

Still, the first few Safeway.com Drivers that Rispler spoke with seemed nervous about the idea of a Union, but then some enthusiastic Union Supporters stepped up and a campaign got underway.

Pro-Union Workers talked with their Co-Workers since Drivers have a lot of time to talk in the stores while they’re loading their refrigerated vans.

Behind the scenes, the company brought in two attorneys from the notorious Anti-Union Law Firm Fisher Phillips.

In the stores, Alex Casillas of the Union-Busting Firm Action Resources held at least six captive audience meetings in which he allegedly slandered and maligned the Union.

With 36 Workers, a majority, having signed Union Authorization Cards, the Teamster went ahead and petitioned the National Labor Relations Board (NLRB) to hold an election.

To Read This Labor News Story In Its Entirety, Go To: https://nwlaborpress.org/2020/03/safeway-com-drivers-become-the-first-home-grocery-delivery-workers-to-unionize/?fbclid=IwAR2oHDwBAfWLdqGICAFdIjTGYSh31YXuBoogv78GmVNAYvc2OXWEMYMWONc