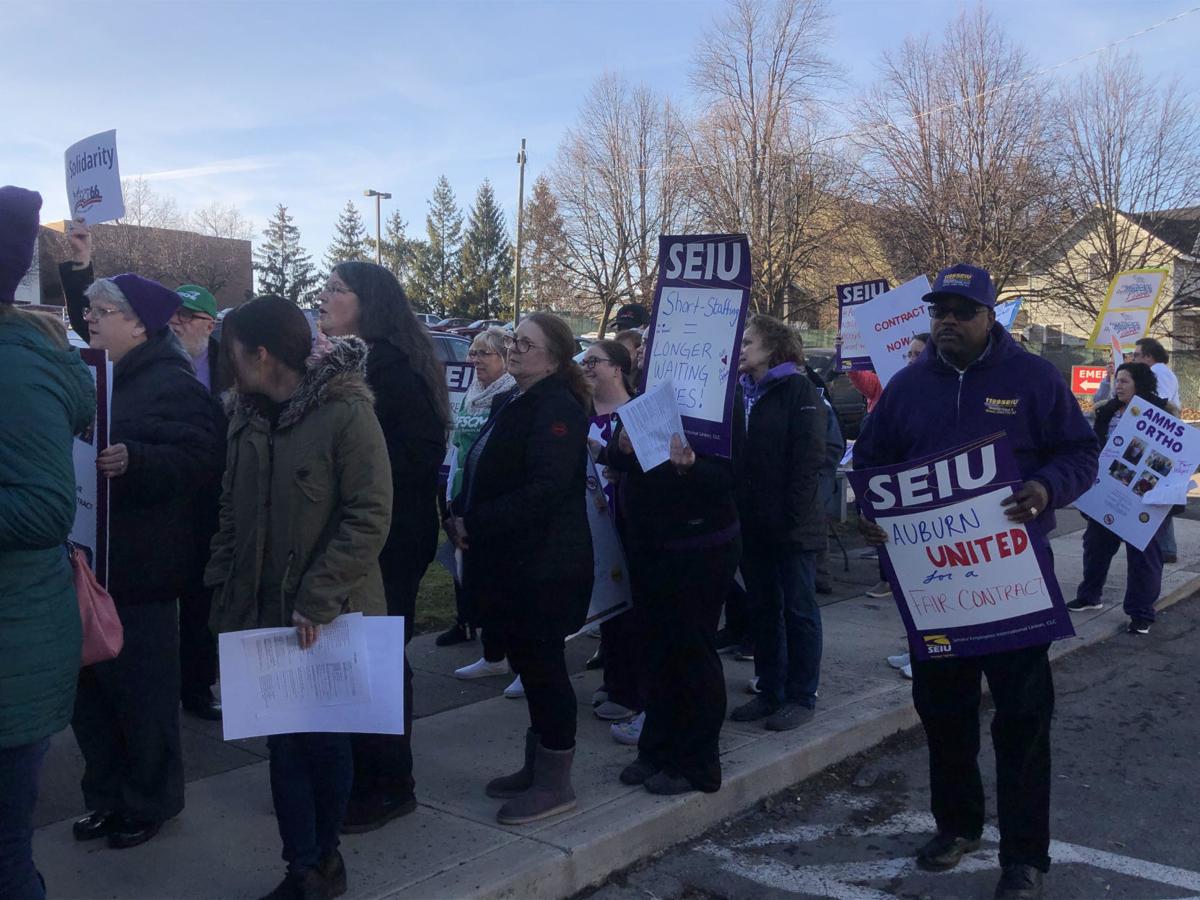 (AUBURN, NEW YORK) - Frustrated Members of a local Health Care Union have been in negotiations for more than a year in an attempt to secure their first contract, so about 60 Workers represented by 1199 Service Employees International Union (SEIU) Healthcare Workers East were joined by a number of other local Unions during a rally that was held late last week outside Auburn Community Hospital as they took their demands public.

The Union represents about 20 categories of AMMS Employees, including Registered Nurses, Nurses Practitioners and others working at the Auburn Hospital - as well as other local health care facilities like the Auburn Nursing Home and Auburn Senior Services.

In the past, 1199 SEIU has stated its intentions to bargain for wage increases, better insurance and benefits to address issues with Staff retention, and the quality of medical care.

One speaker at the rally said she received only a 98-cent raise since she started working for Auburn Pulmonary and Sleep Medicine eight years ago.

Krause said the negotiations are just getting into economics.

"Their first proposal was for ‘zero-percent for the entire contract’ after they've been in negotiations ‘for a year already,’" Krause said.

Speaking at the rally, she listed her duties: Rooming patients; Getting family and medical history; Assisting with wound care and in-office procedures; Filling out paperwork; Sterilizing surgical equipment; and more.

"All of these responsibilities ‘added onto my plate and I've not seen one extra penny in my paycheck,’" Wiers said.

Patient care can be disrupted when more Senior Staff have to train new hires as a result of suffering Staff retention, she said, adding they often do that at a lower wage than the new Employees.

To Read This Labor News Story In Its Entirety, Go To: https://auburnpub.com/news/local/auburn-health-care-union-protests-stall-in-contract-negotiations/article_5604ca49-d11b-5a82-be07-0ab52019f3b8.html?utm_medium=social&utm_source=facebook&utm_campaign=user-share&fbclid=IwAR3kvcDDNA5_o5q4LIlVYkx9yHnFT6y_lD9l616tKxneozNknTqdk5PSfPo