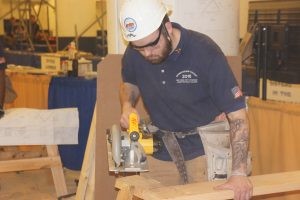 (NEW YORK CITY) - Just how badly are Construction Workers being ripped off in a town where a week’s pay often comes out of a plastic bag and the foundations of “Billionaire’s Row” are literally built on stolen wages?

A new nationwide report from the United Brotherhood of Carpenters (UBC) might help better gauge this “underground economy” - How Cheating Hurts Us All: The Costs of Fraud in the Construction Industry puts the number of Construction Workers either misclassified as “Independent Contractors” or “working off the books” at between 1.3 million and 2.15 million.

Seasonal work, according to the report authored by Allegheny College’s Russell Ormiston, Michigan State University’s Dale Belman and Harvard University’s Mark Erlich, pushes the numbers between 1.45 million and 2.41 million Workers - or as many as 21.6% of Construction Workers nationwide.

Ripping off that many Construction Workers saved the bosses more than $17 billion in labor costs, while at the same time shorting State Workers compensation programs an estimated $1.74 billion in 2017 alone - although, the authors suggest the shortfall could actually exceed $2 billion.

“The UBC announced the results of a study on tax fraud and it showed on the national level what we have been fighting against here in the New York City Region for years - the enormous scale and impact of tax fraud on the American Family and in our communities,’” New York City District Council of Carpenters Executive-Secretary Treasurer Joe Geiger said in a statement.  “Lost revenue from wage theft means less money for public resources that should be dedicated to schools, infrastructure, Veterans and Police and Firefighters.”

As reported here earlier, the misclassification of Workers as “Independent Contractors” rather than Employees - with all the Labor Protections and Benefits that go with that designation - is a widespread problem across many sectors, and, which pending legislation in New York State known as the Fair Play in Employment Act, is endeavoring to remedy.

The authors of How Cheating Hurts Us All, meanwhile, estimate that, in 2017, being misclassified or forced to work off the books deprived U.S. Construction Workers between $811.1 million and a billion dollars or more in overtime and holiday pay.

“We commissioned this report by leading researchers because, for years, the main challenge slowing law enforcement and legislative action on combating tax fraud was a lack of data,” UBC General President Douglas J. McCarron said in a statement.

“Now, with the release of this report, we are showing the enormous scale and impact of this issue and providing government officials with the knowledge to do something about it.  We cannot allow businesses to continue to commit this fraud at the expense of our Workers, our families and our communities.  It’s time for our leaders to step up and take action,” he said.

To Continue Reading This Labor News Report, Go To: http://laborpress.org/report-bad-bosses-are-cheating-construction-workers-and-the-public-out-hundreds-of-millions-of-dollars/