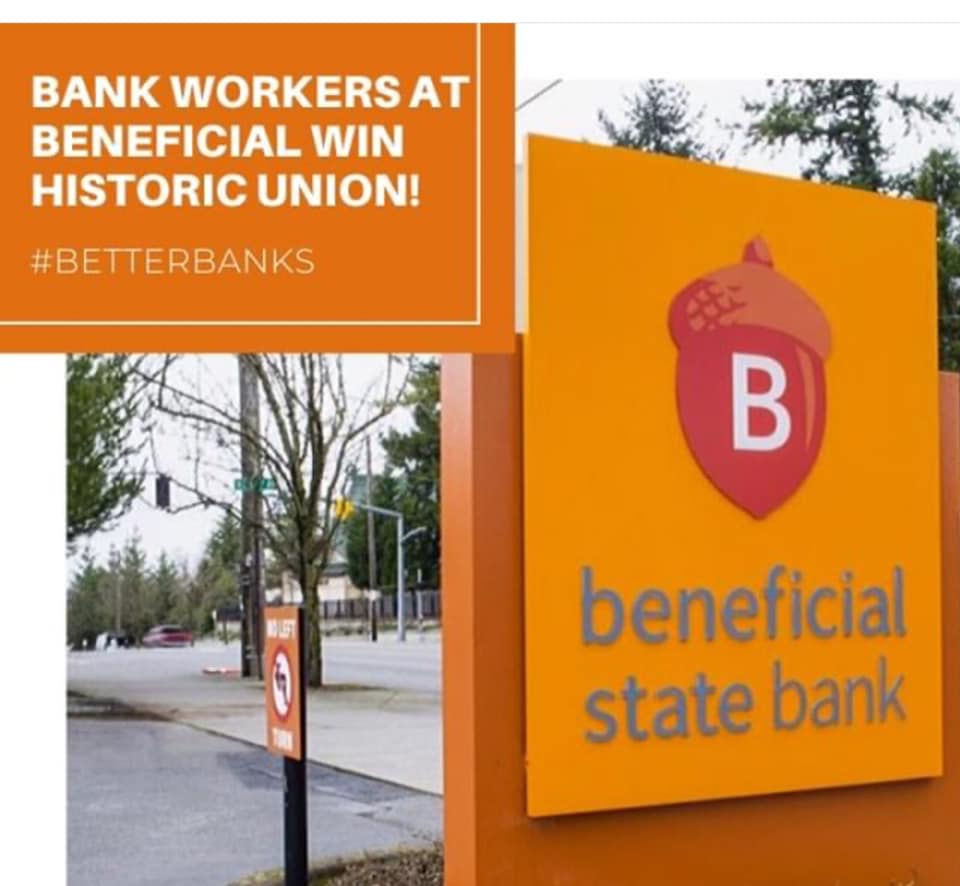 More than 100 Workers at a Tom Steyer-founded bank have Unionized with Communications Workers of America (CWA) - becoming the first in the financial industry to win Collective Bargaining Rights in more than 40 years.

Workers at the bank Unionized, in large part, to set a standard for the rest of the financial industry to be able to demand higher wages, benefits and have the ability to speak out in an industry rife with workplace issues.

Steyer resigned as the bank’s CEO in July 2019.

“It’s ‘very rare’ for Workers in the financial industry to Unionize,” Christina McAlvey, one of the newly-Unionized Workers and a Loan Underwriter at a Beneficial State Bank Branch in Portland, Oregon, told Motherboard. “But ‘one of the reasons I wanted to Unionize was because it’s a way for us to have a louder voice.’  ‘If we have everyone at the table, we have a better chance to tell management what we want and why we want and that makes this a better place to bank.’”

The banking industry has one of the lowest rates of Union Representation in any industry, at 1.1% and it has an abysmal track record of discrimination, pay inequity and unrealistic productivity quotas.

One in three Bank Tellers relies on some form of government assistance.

Meanwhile, profits at the biggest banks in the United States soared to record levels last year -thanks to a $38 billion Trump Administration tax write-off.

In one particularly egregious example from 2016, Well Fargo fired 5,300 Employees who opened two million authorized credit card and deposit accounts under pressure to meet productivity quotas enforced by the bank.

“I came to Beneficial from Wells Fargo and ‘I’ve always thought it had been a good idea to Unionize’ (my workplace),” said Desiree Jackson, an Assistant Vice President in Oakland who recently joined the Union. “As our bank grows, I’ want to make sure we don’t grow in the direction that Well Fargo and Bank of America did.’  ‘I want to build on what we have and make sure we keep moving in a direction that is true to our values.’”

When workers announced their intention to Unionize the bank, Beneficial State Bank immediately agreed to enter a Neutrality Agreement and then to voluntarily recognize the Union.

To Continue Reading This Labor News Story, Go To: www.vice.com/en_us/article/qjdemb/bank-workers-unionize-first-time-40-years-tom-steyer?utm_campaign=sharebutton&fbclid=IwAR2xlnmHBSobEAA1Lx_6B2_cAxloVL9KHYLr04X5FNcBL_o6FyqAcdCewXU