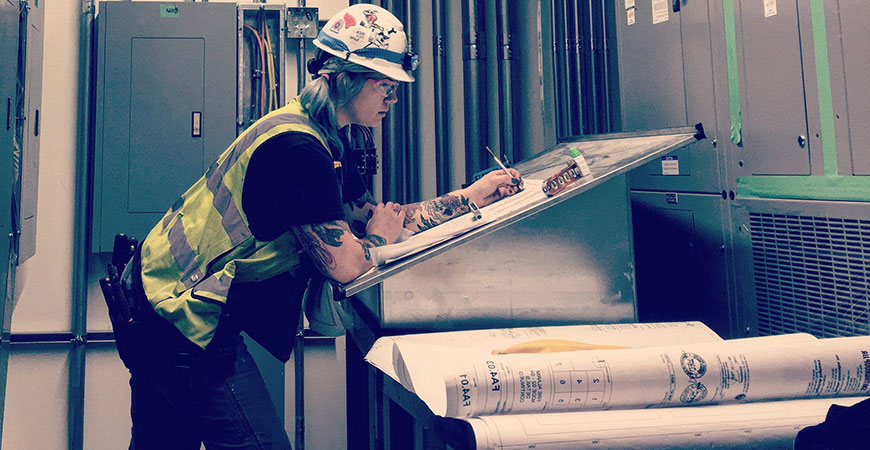 (SAN FRANCISCO, CALIFORNIA) - According to data from the U. S. Department of Labor, there are significantly more women in Trades’ professions than there were in prior decades.

Although numerous factors have contributed to this, in cities like San Francisco, years of effort on the part of existing Tradeswomen and Union Leadership has helped women gain a foothold in the Building Trades, where they can earn high wages, benefits and pensions through on-the-job training versus a four-year degree.

“There have been efforts going on for decades ‘to get more’ women in the Trades,” International Brotherhood of Electrical Workers (IBEW) Local 6 Business Representative Sabrina Hernandez said. “It’s ‘wonderful that there’s now been a convergence of isolated efforts that have created a blossoming of opportunity for women, not just in San Francisco but across the U.S.’”

In addition to sustained outreach and recruitment, other factors like the booming economy, construction labor shortages and changing attitudes have resulted in more opportunities for women.

“With so many cranes and so much work, there’s been an ‘incredible amount of opportunity for women to enter the Trades in recent years,’” Tim Paulson, who serves as Secretary-Treasurer for the San Francisco Building and Construction Trades Council (SFBCTC) said. “The Trades ‘provide good paying jobs, so it’s heartening that the numbers of women have increased and are continuing to increase, but there are still challenges.’”

As a former Northern California Apprenticeship Coordinator for marble and tile in the early 1990s, Paulson witnessed the high barriers to recruiting women into the Trade: “The share of Women Workers ‘never reached five percent.’”

But the times have changed.

According to the Bureau of Labor Statistics (BLS), the percentage of women working in construction jobs in 2018 was nearly 10%.

Debra Chaplan, who serves as Director of Special Programs for the State Building & Construction Trades Council of California, said that agencies across the Nation have the common goal of bumping that share up to 20% by the end of 2020.

“If the economy ‘collapses’ next year, women ‘are out first just based on seniority, so we need to push for women to get into the Trades now,’” Chaplan stated. “The numbers ‘are still piddling.’ ‘You still rarely see two women on the same job site.’  ‘This can lead to a feeling of isolation, which is a bigger challenge for some than others.’”

Chaplan said that one of the hurdles to further increasing the numbers is Proposition 209, which passed in 1996 and bars agencies that receive state funding from specifically conducting outreach to women and minorities.

Because of this, outreach work done by agencies such as Oakland-based Tradeswomen, Incorporated that don’t receive state funding are so crucial.

To Continue Reading This Labor News Story, Go To: www.sfbuildingtradescouncil.org/news/top-stories/1455-effort-opportunity