âIs There Hope On The Horizonâ For New Yorkâs Misclassified Workers? 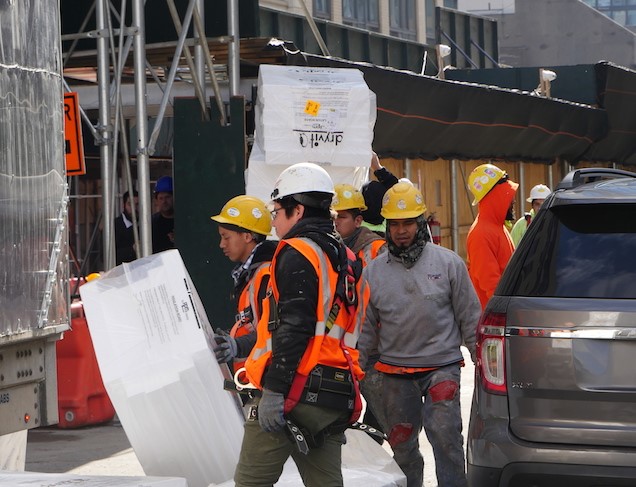 (NEW YORK CITY) - Before Trade Unionists intervened on their behalf earlier this month, more than 40 Latino Construction Workers classified as “Independent Contractors” and who were routinely paid out of a plastic bag at worksites in Manhattan and Brooklyn, felt like they had nowhere to turn when their boss decided to withhold more than $89,000 in wages - but such is life for Working Men and Women too often misclassified as Independent Contractors.

Employers can’t seem to get enough of the handy Independent Contractor designation, much in the same way they adore the new National Labor Relations Board (NLRB) Rule that effectively torpedoes “Joint Employer” classifications.

Both are legislative tricks that benefit bosses by further stacking the deck against Workers.

“I do think that the problem ‘is getting worse,’” Freelance Writer Janet Burns told a recent Workers’ roundtable advocating for passage of a Fair Play in Employment Act. “There is a ‘growing or greater number of misclassified’ Workers ‘and I imagine that is for various reasons.’”

The Fair Play in Employment Act seeks to clear up the too often dubious misclassification of Employees as Independent Contractors through the administration of a simple and straight forward “ABC test.”

The NY Do It Right Employment Classification Test (DIRECT) Coalition - a group of Labor Unions, grassroots organizations and other Worker Allies advocating for a Fair Play in Employment Act - sponsored the roundtable at the Legal Aid Society.

The Coalition says utilizing an ABC test would create a “clear and predictable independent contractor test for businesses and Workers.”

Another 26 states use ABC tests in Unemployment Insurance Law.

The criteria for establishing whether a Worker can be correctly classified as an Independent Contractor is as follows: A - Free from control and direction in how they operate in their day to day job; B - Performing services that are outside an employer’s usual course of business; C - Engaging in an independent trade, occupation, profession or business, or otherwise meet the factors to be a separate business entity.

To Continue Reading This Labor News Story, Go To: http://laborpress.org/hope-on-the-horizon-for-nys-misclassified-workers/