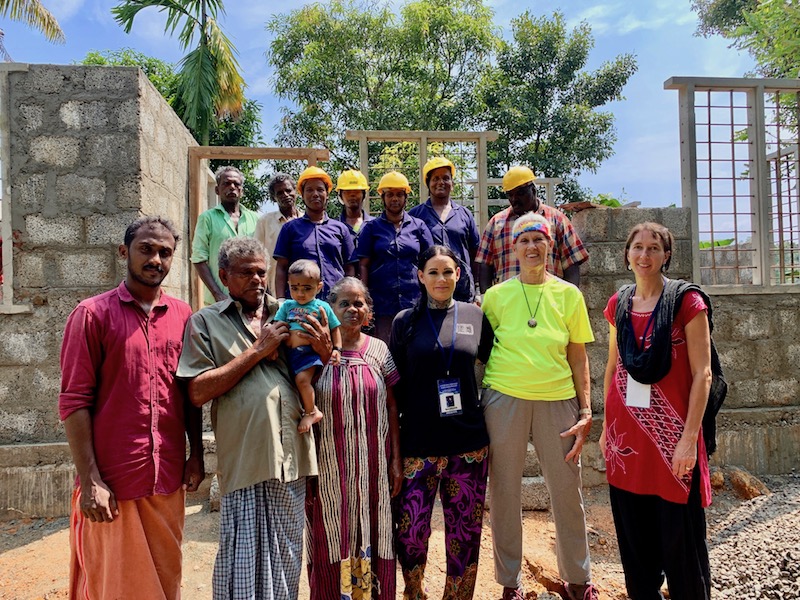 “I remember ‘crying’ and just being like, ‘This is awesome’ - seeing the Indian Tradeswomen ‘really get into it, asking us questions and wanting to know more.’  ‘Seeing it all come together - it made the trip feel even more powerful,’” the 39-year-old third-year Apprentice tells LaborPress.

The Archana Women’s Center located in the southern Indian City of Kottayam was founded in 2004 and is dedicated to helping empower marginalized and underprivileged women succeed largely through the Building Trades.

Johnson and the rest of her team - each one a Union Tradeswoman from the U.S. or Canada - spent several days at Archana meeting with female Carpenters, Electricians, Plumbers and Masons.  Woman comprise some 40% of India’s Construction Workers.

“Most are ‘not’ skilled, but these women we met in southern India ‘are skilled,’” Johnson says. “We went to the job sites, we saw them build the homes or doing the electrical or plumbing - then we spent the last part of the trip meeting with the Union Officials (a high percentage of which, are women, too).”

The housing project, following massive flooding in the area several years ago, is actually part of an anti-poverty program where anyone who is impoverished is guaranteed a home and 100 days of work.

After spending two weeks in Kerala, in which she and her team also attended the annual meeting of the 2,500-member Building Woodworkers International Union, Johnson says the challenges women in construction face are the same whether they are working in India or in North America.

“We ‘have the same struggles,’” she says. “They have struggle with childcare and social acceptance, they struggle ‘trying to manage the time it takes to learn’ the Building Trades.  ‘It’s the same whether it’s here or there.’”

To Continue Reading This Labor News Report, Go To: http://laborpress.org/on-their-tools-in-india-nyc-carpenter-leads-all-woman-union-delegation-overseas/