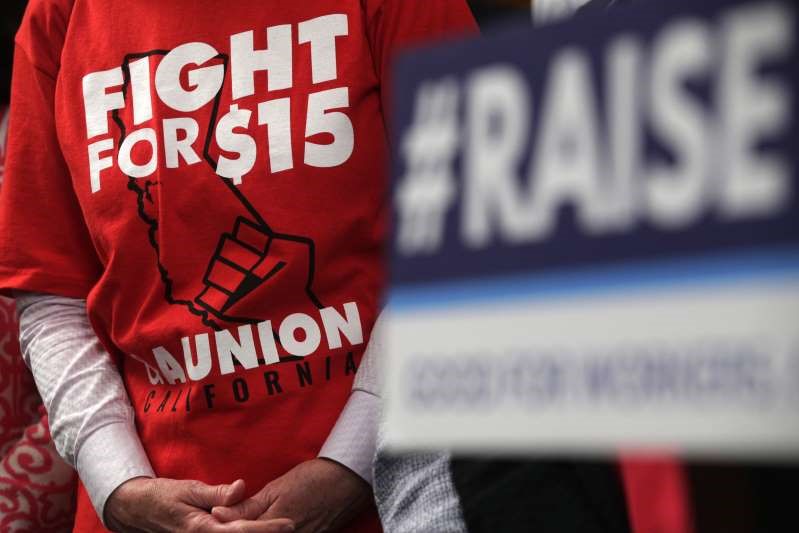 It’s no secret that the balance of power in America’s workplaces has shifted from Employees to employers in recent decades.

Among other things, business leaders and lawmakers have worked in tandem to weaken Unions, concentrate hiring power among fewer employers and keep wages low.

But employers have put their thumbs on the scale in less obvious ways as well.

A new brief from the National Employment Law Project (NELP), a Legal and Workers’ Rights Group, underscores one of them: forced arbitration, which requires Workers to settle disputes with their employer in the office of a private mediator, rather than in a court of law.

“People look at this issue as kind of a ‘procedural’ one,” Baran said in an interview. “But the ‘reality is it’s a substantive’ economic issue.”

Baran’s brief concerns wage theft: When employers steal money from their Workers by, for instance, not paying them overtime; requiring them to perform their duties off the clock, or not paying the Minimum Wage.

Traditionally, an Employee with a wage theft claim would go to court and sue for what’s owed, either alone or as part of a Class Action Lawsuit, but starting in the 1980s, as Baran tells it, creative employers began arguing they could force their Employees to waive their right to a trial as a condition of employment.

Rather than going to court, Employees would have to resolve their disputes through mediation - but third-party mediators rely on repeat business from the companies they serve, creating a critical conflict of interest - if mediators want to maintain their business relationship with a given company, it’s in their interest to rule in that company’s favor.

“If the arbitrator ‘rules too often in favor of Employees they’re not going to get picked’ (for repeat business),” Baran said. “The structural incentives ‘are entirely on the employer side.’”

Beyond conflict of interest, companies often work to game the arbitration system in their favor.

Facing wage theft claims from thousands of its Workers, Food Service Company DoorDash, for instance, refused to pay its share of arbitration fees and attempted to introduce new arbitration rules in the middle of the process.

The available data on forced arbitration, from Cornell University’s Andrew Colvin and others, make clear why many employers prefer to go that route: Employees are much less likely to win their claim under arbitration (21.4%) than they are in Federal (36.4%) or State (51%) Courts.

Applying published figures like those to instances of wage theft alone, NELP’s Baran estimates that Forced Arbitration Clauses are costing low wage Workers - those who earn less than $13 an hour - about $12.6 billion in stolen wages a year.

To Continue Reading This Labor News Story, Go To: www.msn.com/en-us/money/markets/theres-a-little-known-employment-contract-provision-enabling-billions-of-dollars-in-wage-theft-each-year/ar-BBZXLqP?ocid=sl