The Assault On Organized Labor Continues: Republican President Trump Bans Unions At Defense Department - Trump Says In The Name Of National Security, The Defense Secretary Doesn't Have To Recognize The Union 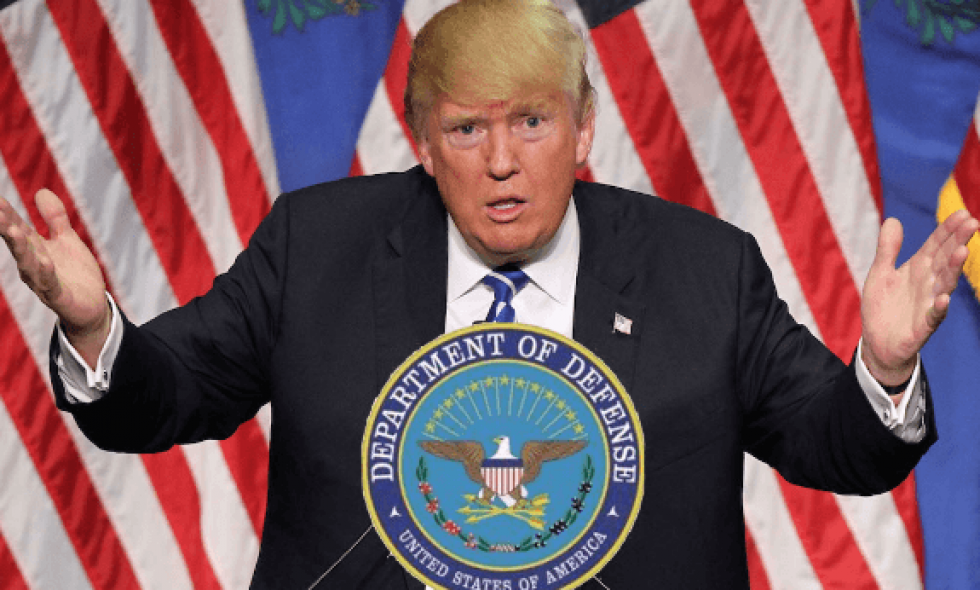 (WASHINGTON, D.C.) - Another day and another move by Republican President Donald Trump to weaken Unions that represent Workers in the Federal Government.  This time his focus is on Union Employees at the Defense Department (DoD).

Breaking the Union at the DoD has long been the dream of Conservatives.

In 2017, Trump Advisor James Sherk authored a memo laying out things that Trump could do to weaken the Union.  One such proposal encouraged Trump to sign an Executive Order “eliminating Employee Unions at the Defense Department based on National Security.”

On January 29th, Trump seems to have attempted to institute this plan.

In a memo that was acquired by GovExec, Trump gave Defense Secretary Mark Esper the authority to exclude Pentagon agencies or subdivisions from the law guaranteeing Federal Workers the right to organize.

“When new missions emerge or existing ones evolve, the Department of Defense requires maximum flexibility to respond to threats to carry out its mission of protecting the American People,” the document states. “This flexibility requires that military and civilian leadership manage their organizations to cultivate a lethal, agile force adaptive to new technologies and posture changes.  Where collective bargaining is incompatible with these organizations’ missions, the Department of Defense should not be forced to sacrifice its National Security Mission and, instead, seek relief through third parties and administrative fora.”

So, what gives Trump the right to overrule a collective bargaining agreement and a Union that represents some 750,000 Civilian Employees?

Since its inception in 1978, no President has tried to use this provision.

That includes during times of war, like during the Gulf War or Operation Enduring Freedom, and during terrorist attacks.

On 9/11 the DoD, which is headquartered at the Pentagon, was attacked and that didn’t even rise to a high enough National Security threat.

Everett Kelley, the American Federation of Government Employees’ (AFGE) Secretary-Treasurer and acting President, said at the AFGE’s Legislative Conference that “denying nearly half a million Defense Department workers the Collective Bargaining Rights guaranteed to them by law since 1962 would be a travesty - and doing it under the guise of ‘National Security’ would be a disgrace to the sacred oath and obligation that all Federal Workers make to their country.  This administration will not stop until it takes away all Workers’ rights to form and join a Union, and we will not stop doing everything we can to prevent that from happening.”

The AFGE represents Civilian Workers at the U.S. Coast Guard, the Defense Logistics Agency and the Defense Contract Management Agency. Other job titles like Teachers are represented by a number of smaller Unions.

While Trump has given Esper this power, the Secretary has not yet made a move to abolish the Union or their Collective Bargaining Rights.

But time will tell.

To Directly Access This Labor News Story, Go To: https://ucommblog.com/section/union/trump-bans-unions-defense-department?fbclid=IwAR3JzvH7q_YG36-sy3huHr6bLOzVqffplsrfGU2lOG7aaBib5aMRKbsLdSg