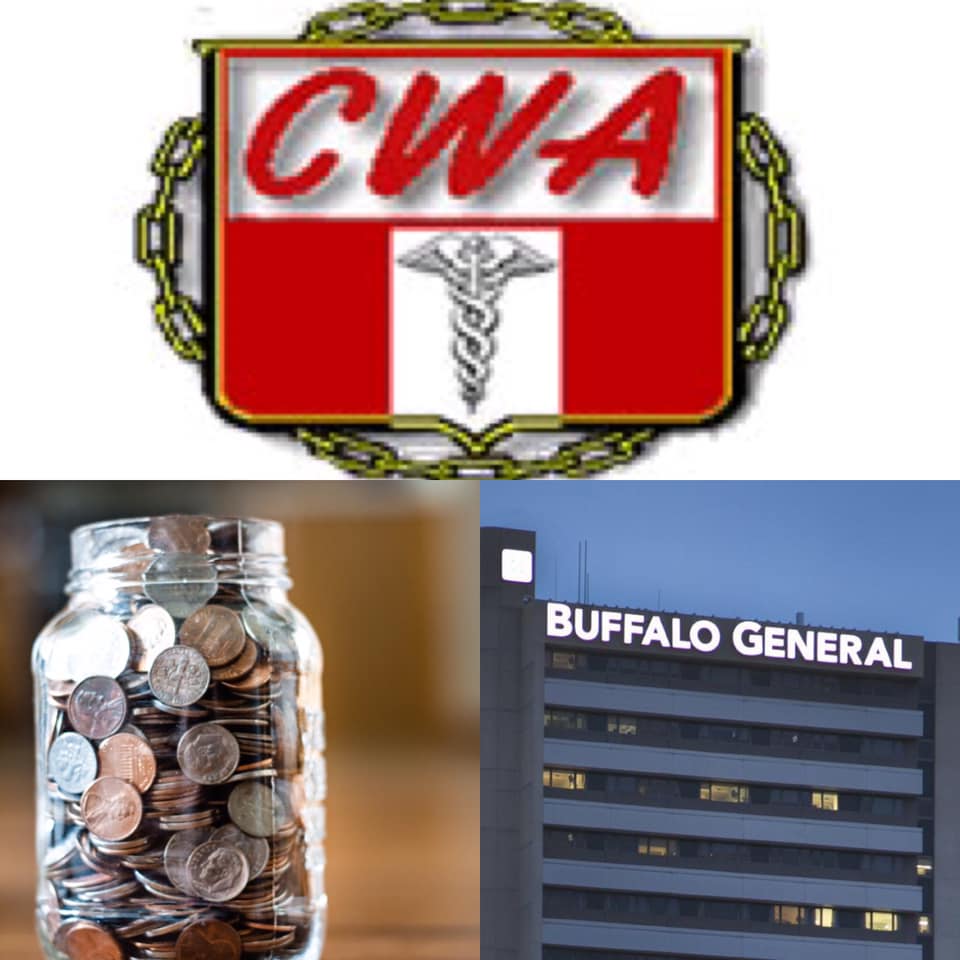 CWA Editor’s Note: Patrick Weisansal II, who is employed as a Radiologic Technologist at Buffalo’s Kaleida Health, serves as the Director of Mobilizing and Organizing for Communications Workers of America (CWA) Local 1168.

An issue doesn’t need to violate contract language to spark a winning fight, as this story from my Union demonstrates.

Just before Christmas last year, management told one of our Communications Workers of America (CWA) Local 1168-represented Members employed at Buffalo General Hospital that as of the first of the year, she would no longer receive a $1.50-an-hour pay bump as the Department Lead.

Evelyn is a File Clerk in the imaging department, where patients go for X-rays, CT Scans and MRIs.

She had been receiving this pay differential since the late 1990s in exchange for taking on extra duties as the Lead.

They became Tech Troubleshooters who field calls for help from technologists and doctors when an image isn’t displaying correctly on screen, a report is lost in cyberspace, or a patient needs copies of images to take home.

Evelyn is our department’s hidden superhero, our “go-to” person.

As the Lead, she makes sure everything runs smoothly for patients and appears flawless despite the increasing complexity of the work.

We work for a $2 billion company, Kaleida Health.

This was its idea of cost savings - a sudden 6.5% pay cut for one of our lowest-paid Members, who had an ill husband and was the sole income-earner in her household.

We filed a grievance, but Kaleida insisted there was no contract violation.

Management said it would no longer assign Evelyn the extra duties from now on, but the work wasn’t going away.

Department members would just have to figure it out among themselves - or worse, Evelyn would end up doing it anyway.

If the largest health care provider in Western New York could no longer afford to pay Evelyn what they’d been paying her for the last 20 years, we figured they could use some financial help.

So Members of our Union, CWA Local 1168, launched a tongue-in-cheek shop floor fundraising campaign to help Kaleida out.

Seven large jars were placed in each of the major work areas in the Imaging Department, along with fliers explaining the hard times the company had recently come upon.

The flier said that it was on us, who cared about Evelyn the most, to donate our spare change to Kaleida.

And hey - maybe Kaleida could use our contributions to continue to pay her!

The battle was on.

Management and human resources responded by locking up the jars in their offices.

Members in each area kept an eye on their beloved jars.

Whenever management took a jar, Members threatened to file a Labor Board Charge for violating their right to engage in concerted activity.

Within a few hours the jars would be back out, after H.R. told management they couldn’t keep the jars locked up.

To Continue Reading This Labor Perspective, Go To: www.cwa-phew.org/cwa-phew/news/pennies-evelyn-local-1168-creatively-organizes-defend-shopfloor-leader-and-wins?fbclid=IwAR2_ndzEkJS5wXsJM5viANYpjwCzb9N9Kv9V1ciZEdGniy3ALC-o2-BBvoU