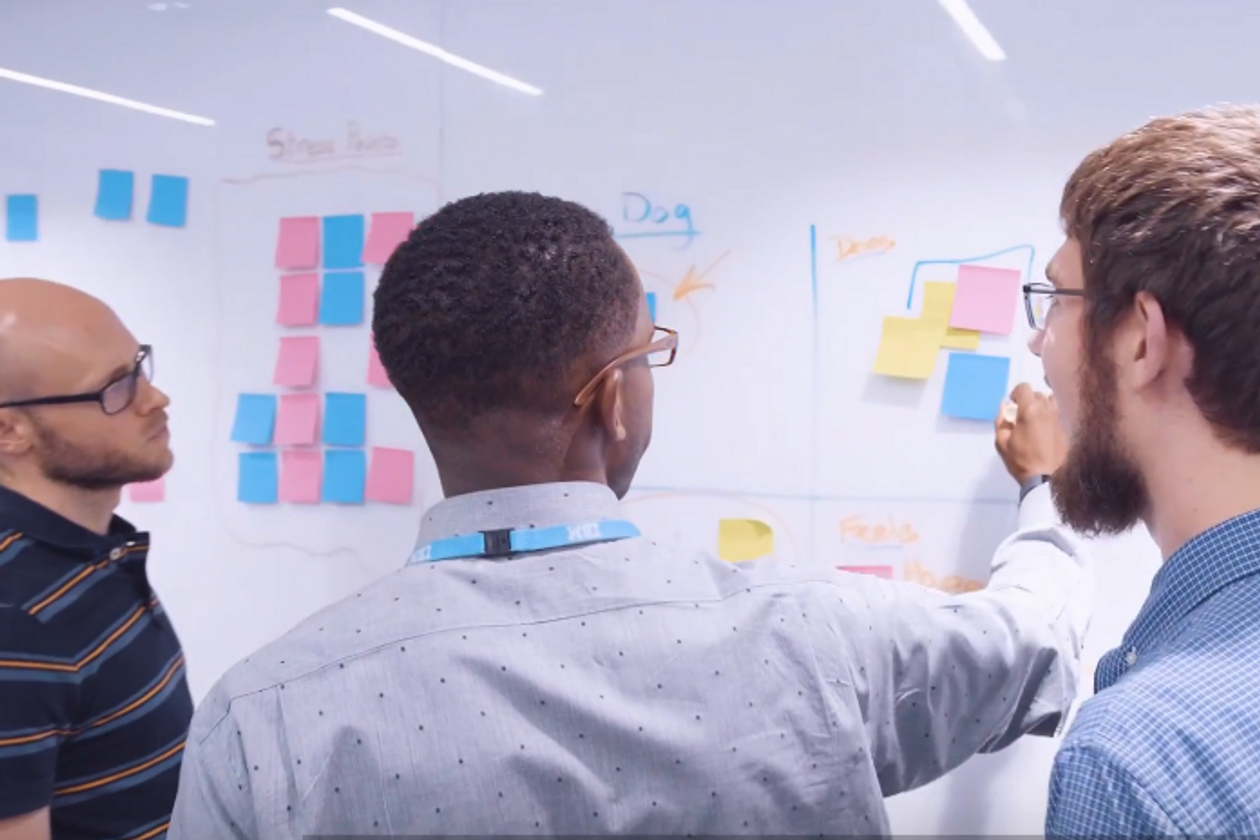 The applicants, many with just a high-school education, are getting months of training in digital skills, including programming languages such as C++, building a pathway to more challenging roles and higher salaries.

The Germany-based engineering company and auto-parts supplier is focusing on developing its electric and autonomous car technologies.

As soon as this quarter, Bosch’s North American Unit, based in Farmington Hills, Michigan, plans to kick off a 12-month Tech Apprenticeship Program to train applicants to write code that supports emerging technologies such as driver assistance and autonomous vehicles.

Bosch has included technology training in its German Apprenticeships since 2015.

While the four-year college degree remains a top indicator for gauging success, it isn’t the only one, especially as need outpaces supply.

Recruiting tech talent was a challenge for about 80% of roughly 2,800 U.S. employers surveyed in 2019 by Robert Half International Incorporated.

The number of software-developer jobs is expected to grow by 21% between 2018 and 2028, faster than the 5% average of all occupations, according to the Bureau of Labor Statistics (BLS).

“CIOs ‘are concerned because they are competing with the likes of the big tech companies for the same talent,’” said James Atkinson, Vice President of Quantitative Analytics and Data Science at Gartner Incorporated’s Human Resources Research and Advisory Practice.

Bosch plans to train 16 Apprentices in fundamentals such as system architecture, design and coding in the C++ programming language, which is useful in engine management and braking systems.

They will also spend a minimum of 128 hours training in soft skills, including communication, presentations, collaboration and project management.

Applicants must have a high-school diploma.

The first cohort will account for about 5% of the 342 Software Engineers the company plans to hire this year.

Eventually, Bosch expects the Apprentice Program to grow to 20% to 25% of annual software-engineer hires.

“We ‘have to get over some mental paradigms that we have about recruiting and the standards that we have,”’ said Ackerman, adding that he had to convince division engineering heads of the benefits of bringing in Software Engineers without college degrees.

Technical experts at Bosch will serve as mentors to the Apprentices.

To Continue Reading This Labor News Story, Go To: www.wsj.com/articles/seeking-tech-talent-companies-kickstart-apprenticeship-programs-11580396400