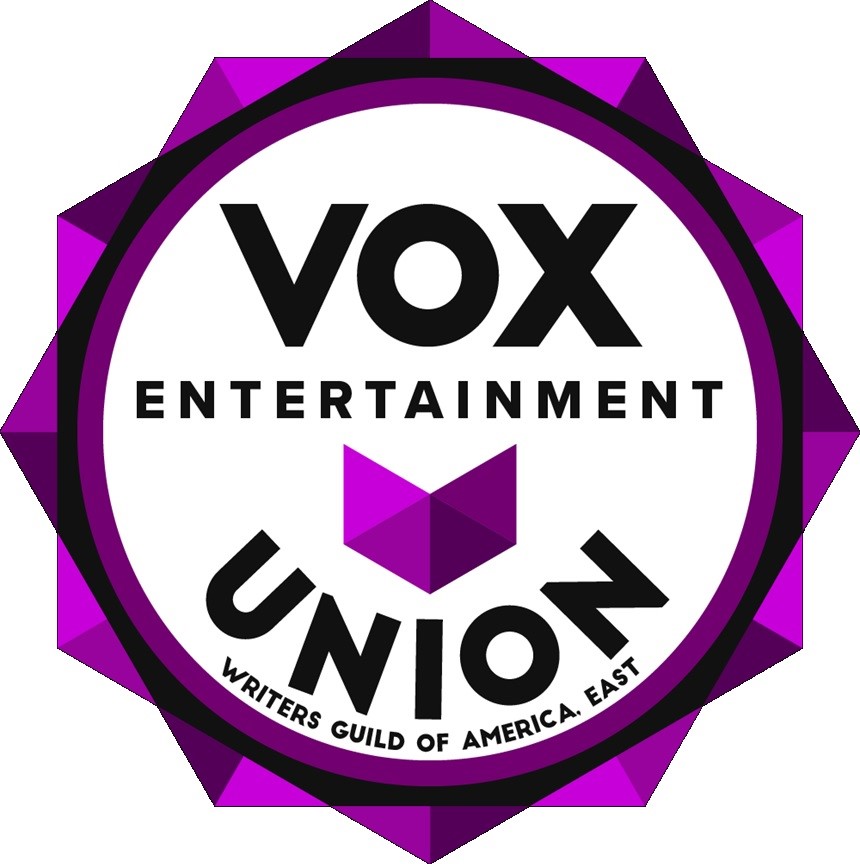 Vox Entertainment currently produces EXPLAINED on Netflix, NO PASSPORT REQUIRED WITH MARCUS SAMUELSSON on PBS and CONSIDER IT on Facebook Watch, among a growing slate of non-fiction programs appearing on both traditional and new media platforms. Vox Entertainment also develops and produces original programming independently and in collaboration with Vox Media’s editorial network, which includes Curbed, Eater, Polygon, Recode, SB Nation, The Verge and Vox.com.

Claire Gordon, Showrunner for the Netflix series EXPLAINED and a member of the Vox Media Bargaining Committee, said: “This contract is ‘precedent-setting in so many ways’ and I’m ‘incredibly proud to have been a part of it, and to work at a company that respects the voices of its Employees, including Freelancers.’  ‘Hopefully this is a step forward in raising the floor of this industry.’”

The three-year agreement includes numerous firsts for a non-fiction television agreement, including recognition of Showrunners in the Unit - mirroring how Showrunners are classified in scripted television.  The agreement also calls for Showrunner feedback to be considered when a show is renewed or during production, especially in regard to staffing and scheduling.

Vox Entertainment will join the growing number of non-fiction production companies offering portable health insurance through the Entertainment Industry Flex Plan, which allows Employees to move from shop-to-shop without a break in insurance.

The Flex Plan also allows Employees who opt out of insurance to still receive an employer contribution, which could be used for vision, optical, disability or other plans.  An employee could also use the contribution for expenses, such as premiums, on other eligible group plans that they are part of through a spouse or parent.

The agreement also breaks new ground by setting thresholds on the work week, providing Employees with a clear and sustainable work schedule.

The contract guarantees that a sixth or seventh day of work are paid at ⅕ salary rate (Showrunners exempt) and that Employees are guaranteed a rest period of eight hours or six hours during travel, with penalties of $35-an-hour for Hourly Employees and $100 flat for Weekly Employees.

Additional highlights from the Vox Entertainment agreement include: Minimum compensation rates set for all positions, with 3% increase after the first and second year, and strong language to protect journalistic integrity. There is now a traveling per diem of $42 and a transportation reimbursement of $50; Paid Time Off after five months of work; 10 days of Bereavement Leave; and the creation of a Labor-Management Committee, just cause and Union Security.

In addition, Vox Entertainment work done under the jurisdiction of this contract will be eligible for Writers Guild Awards.

Lowell Peterson, Executive Director of the Writers Guild of America, East, said: “Non-fiction programs are being produced for multiple platforms, from traditional linear television to streaming services and digital properties.  The WGAE contract with Vox Entertainment covers a range of Writer-Producers, including Showrunners, and it includes many important provisions that should become standard across the industry, like contributions to an Industry-wide health care plan, extra pay for extra work, regular pay increases, and important workplace protections.”

The Writers Guild of America, East – which represents Writers in Film, Television, News and New Media, negotiates and administers contracts that protect the creative and economic rights of its Members.  WGAE also conducts programs, seminars and events on issues of interest to Writers and presents Writers’ views to various bodies of government.