America's Job Problem: Employers Are Hiring, But Pay Is Low 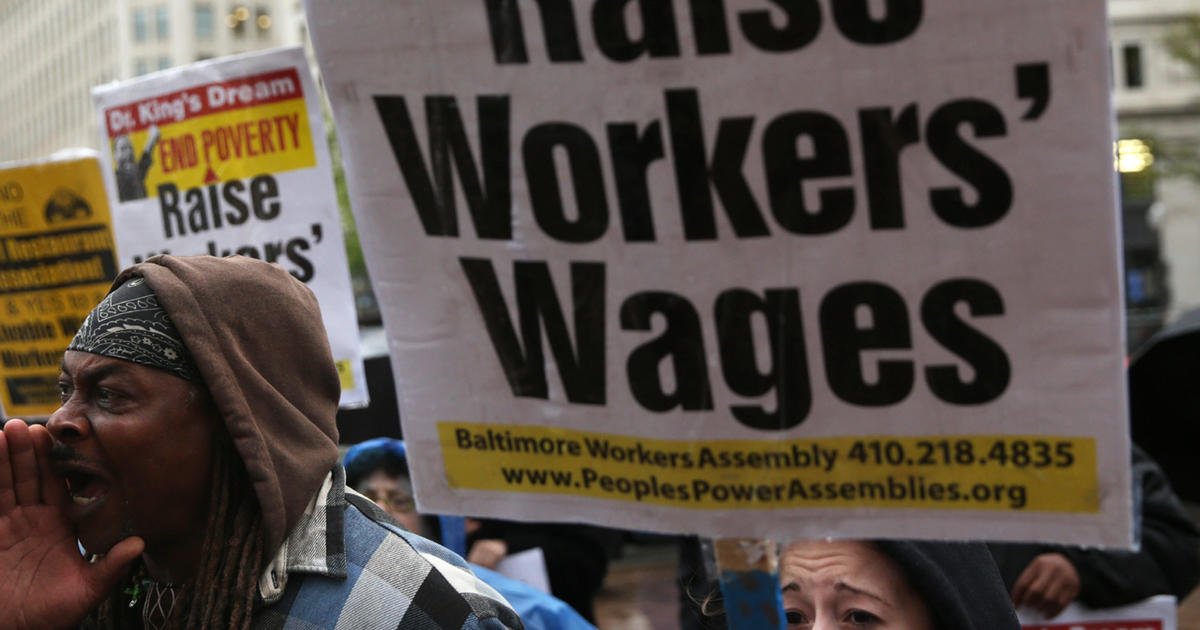 Hiring remains vigorous in the U.S., with the government's latest job numbers highlighting the ongoing strength of the Labor Market more than a decade into a record-long economic expansion - yet, that Jobs Boom conceals a less cheery reality: Most of that work doesn't pay people much money.

About 55% of the 225,000 Private Sector Jobs that employers added in January offer low wages, according to the Job Quality Index, a new effort from Cornell University Researchers to measure the quality of jobs beyond the quantitative data provided each month by the U.S. Department of Labor (USDOL).  These jobs typically pay $10 to $15 an hour, which translates to about $400 to $600 in weekly wages - well below the $765 in weekly earnings for most Non-Government Workers.

What the Cornell Researchers call "low-quality jobs" are a problem not only for many families, but potentially for the U.S. as a whole.

Poorer households may not have much wiggle room in their spending, restraining growth in an economy where roughly two-thirds of activity depends on consumers opening their wallets.

The Trump Administration has set a goal of 3% annual economic growth, yet the Nation's Gross Domestic Product (GDP) rose 2.3% last year, a decline from 2.9% in 2018.

"When you have greater reliance on low-quality jobs, it means the economy isn't growing as fast as it should than if you had an even distribution of low- and high-quality jobs," said Daniel Alpert, a founder of Westwood Capital and one of the creators of the Cornell Index.

To be sure, employers' reliance on low-wage Workers isn't new.

Since the 1990s, the economy has churned out more jobs that offer little pay, according to the Job Quality Index and other labor data, but despite the growing economy, employers are continuing to create more low-wage jobs now than during the recession.

That sheds light on the Brookings Institution's findings in November that almost half of U.S. Workers are employed in jobs that pay median annual wages of $18,000 and most of these Workers aren't teenagers or young adults just starting their careers, but rather are in their prime working years.

"There is ‘fundamentally a feeling on the part of the average guy that he is being left behind, and this data just confirms that,’" Alpert said.

The news isn't all bad - many Low-Wage Workers are getting raises.

In December, median wage growth for the bottom 25% of Workers reached 4.6% for the 12-month period, outpacing a 3% gain in median earnings for the top 25% of income earners.

Nearly 60% of Americans also say they're better off financially today than a year ago, according to a just-released Gallup Poll, but recent pay gains at the lower end of income ladder are largely due to a number of states and cities acting to raise the local Minimum Wage.

States that boosted their Minimum Wage between 2013 and 2018 saw pay for their lowest paid Workers grow more than 50% faster than those that didn't, according to an analysis from the Left-Leaning Economic Policy Institute (EPI).

To Directly Access This Labor News Story, Go To: www.cbsnews.com/news/jobs-reprot-numbers-americas-job-problem-employers-are-hiring-but-at-low-wages/?ftag=CNM-00-10aac3a&fbclid=IwAR3pi-Njtis-pebQn2qr2TryqaxKD596ECkAiAzmmoXU13WWlk6mtIe1-lU