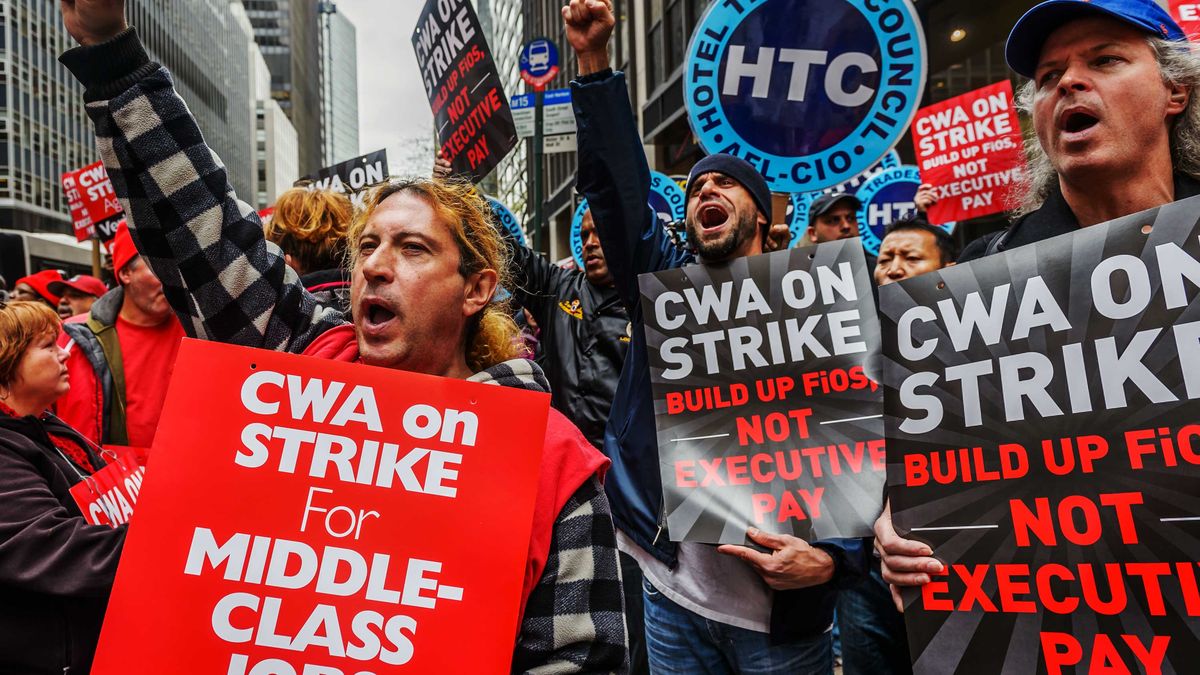 (ALBANY, NEW YORK) – Governor Andrew Cuomo has signed a new State Law that shortens the wait time for striking Workers to receive Unemployment Benefits, which was praised by New York AFL-CIO President Mario Cilento: “This is a ‘huge victory’ for Unionized Workers ‘who until now had to endure an incredible hardship’ by waiting seven weeks to claim Unemployment Benefits.”

Cuomo signed the legislation into law on Thursday (February 7th) after negotiating changes to a Bill that was adopted last year by the State Legislature.  Now, the amount of time that striking Workers must wait to begin receiving Unemployment Benefits has been reduced from nine weeks to four weeks.  Under the new Law, Private Sector Employees can file for Unemployment Benefits after being on Strike for two weeks and receive their first benefit check after a one-week waiting period.  Previously, Strikers had to wait seven weeks before they could apply for unemployment and received their first benefit check in the ninth week.

New York now has the most generous Unemployment Benefits Law for striking Workers, according to Cuomo and Union Leaders.

“This new law will protect our Brothers and Sisters in Labor at a time when we have a Federal Government ‘that is increasingly hostile to the Union Movement,’” Cuomo told Newsday.

New York is the second-most Unionized State after Hawaii, though 140,000 fewer New Yorkers were Union Members in 2019 compared with a year earlier.

The ranks of Private Sector and Government Worker Unions totaled 1.73 million in 2019, according to the U.S. Bureau of Labor Statistics (BLS).

“Governor Cuomo signed legislation that will allow striking Workers to file for Unemployment Benefits two weeks after being out on Strike.  This is a huge victory for Unionized Workers who until now had to endure an incredible hardship by waiting seven weeks to claim Unemployment Benefits.  The difficult decision to exercise their right to Strike is made by Workers only after their employer forces their hand by threatening to diminish their wages, benefits and conditions of employment.  It is an absolute last resort,” he said.

Cilento also took the time to single out and thank two Western New York State Elected Officials - State Senator Tim Kennedy and State Assemblyman Sean Ryan, both from Buffalo who sponsored the Bill, “for their outstanding leadership on this critical issue."