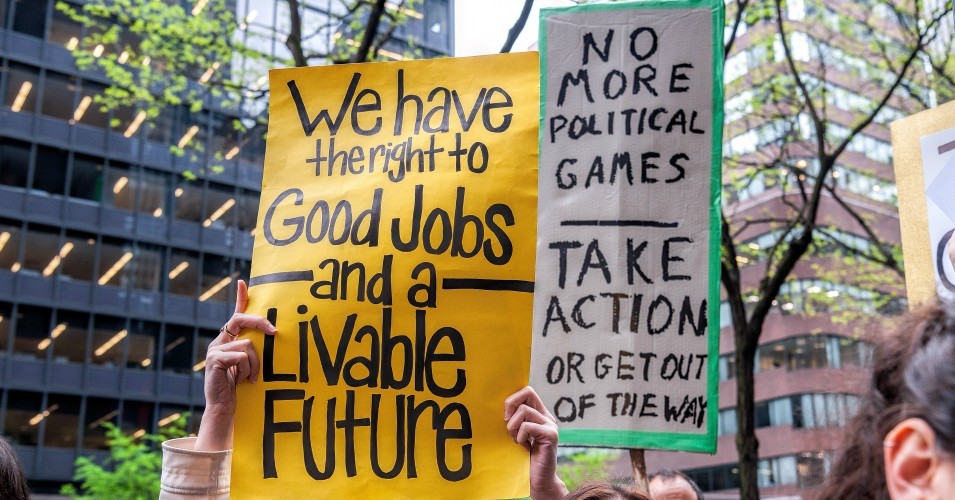 (WASHINGTON, D.C.) - Democrats and their Labor Allies are gearing up for a 2020 fight against business groups over legislation to protect Workers’ Rights to Unionize.

The Democratic-controlled House voted to pass the Protecting the Right to Organize (PRO) Act on Thursday (February 7th), but the Bill is considered to be dead on arrival in the Republican Senate.  Nonetheless, it’s seen as a critical messaging Bill for Democrats and Union Groups looking to bring their supporters to the polls - and the Bill is also mobilizing business groups who have railed against the measure as a wish list for Big Labor.

The Bill would make it easier for Workers to: Certify Unions; Change how employers classify Workers; Prevent Workers from being denied rights because of Immigration Status; Eliminate State Right-To-Work (for less) Laws; and Block Laws that protect Employees from not paying Union Dues, among other measures.

The Bill is one of the most comprehensive Labor packages in years and the fight over the Bill will play out over the 2020 Election, with high stakes for both sides.

For Unions, it has been an important rallying cry with Membership dropping in recent years.

“Working People ‘across the country have been taking direct action together to address issues at work in a way that we haven’t seen for over thirty years.’  While they have ‘made some’ gains, ‘they have been held back by our broken, outdated’ Labor Laws.  The PRO Act ‘restores balance to our system,’” Beth Allen, the Communications Director at the Communications Workers of America (CWA), told The Hill.

Union Groups have been pressuring Lawmakers to back the Bill.

“Restoring our Middle Class is dependent on strengthening the collective power of Workers to negotiate for better pay and working conditions,” William Samuel, the National AFL-CIO Director of Government Affairs, wrote last week in a letter urging Lawmakers to back the Bill.

Allies say it is the most important Labor Bill in years and Lawmakers pressed House Leaders last year to bring the Bill up for a vote.

The Bill is seen as particularly important for Democrats’ hopes of retaking the Midwestern States where Republican President Trump won over Rank-and-File Union Workers in 2016 even as their leadership backed Democratic nominee Hillary Clinton.

The Bill has also been embraced by many of the top-tier Democratic Presidential Candidates.

Among the 40 co-sponsors of the upper chamber’s version from Senate Health, Education, Labor and Pensions Committee Ranking Member Patty Murray (Democrat-Washington) are U.S. Senator Bernie Sanders (Independent-Vermont), Elizabeth Warren (Democrat-Massachusetts) and Amy Klobuchar (Democrat-Minnesota), who are all running for President.