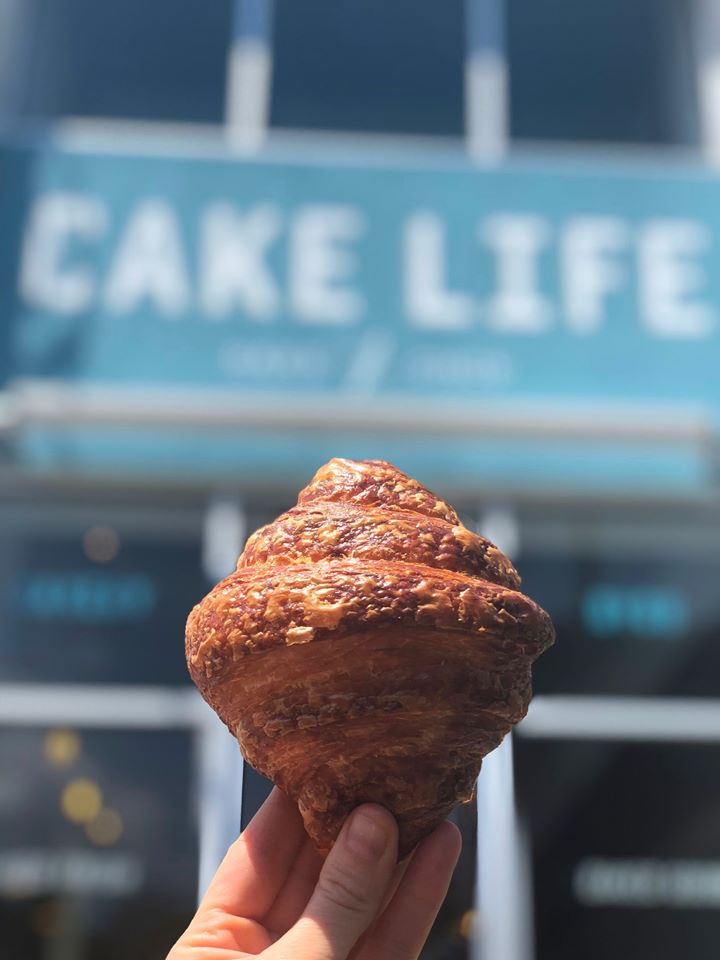 (PHILADELPHIA, PENNSYLVANIA) - Employees at Cake Life, a three-year-old business that’s made headlines for being a Beyoncé favorite, is asking owners to voluntarily recognize their Union.

About half of the shop’s roughly 25 Employees, which include Baristas and Bakers, signed a letter asking for voluntary recognition that was recently sent to management, Workers said.

“We organize not out of spite, but out of hope for a better life, involving a living wage, paid sick and vacation days, reliable schedules and protection from harassment,” the letter reads.

The Union Campaign builds off a burgeoning movement for Baristas’ Rights in Philadelphia and for food Service Workers’ rights across the country.

It also fits into a trend of young people turning to Organized Labor to tackle what they see as injustice on the job.

But it’s still an unusual move for a number of reasons: Food Service Unions are rare, as are those at small businesses - and the Cake Life Workers don’t have institutional backing from a traditional Union.  Instead, their Union, named Cafe Workers United Fishtown Local 1, is affiliating with Philly Workers for Dignity, a volunteer-run Labor Group that has been supporting local organizing efforts.

If management does not recognize the Union, Workers can file for an election with the National Labor Relations Board (NLRB).

In order to be formally recognized, a simple majority (50% plus one) of votes have to be in favor.

Workers began discussing their issues with the job in the Fall, which include wages, Paid Sick Leave, harassment from customers, and getting their schedules one week in advance - but they were spurred by several developments.

In October, when Philly Baristas began sharing their wages anonymously in a spreadsheet, Cake Life Workers got a raise from $9 an hour to $10 an hour.

Managers said it was in response to the spreadsheet and it sent the message that change was possible, Cake Life Barista Max Black said.

And when Philly Workers for Dignity did a Know Your Rights training session for the Workers, they realized that they were entitled to Paid Sick Leave under Philadelphia Law, but had not been getting it.

The Cake Life Workers were also inspired by the Starbucks Baristas who are organizing their Co-Workers without any backing from a traditional Union, as well as a fledgling group of Philly Baristas from coffee shops around the city who have been discussing workplace issues.

To Continue Reading This Labor News Story, Go To: www.inquirer.com/jobs/labor/cake-life-union-barista-organizing-20191220.html?outputType=amp&fbclid=IwAR0Fjm8AKNOtBwJngQEumbFHNoCUOn9bVS7mB8W0_abBZfh_P4wMLkJiqC4