LABOR NEWS UPDATE: Strike At LVD Strippit Plant In Erie County Is Over As Newly-Negotiated Three-Year Contract Is Unanimously Ratified By IAM-Represented Workforce 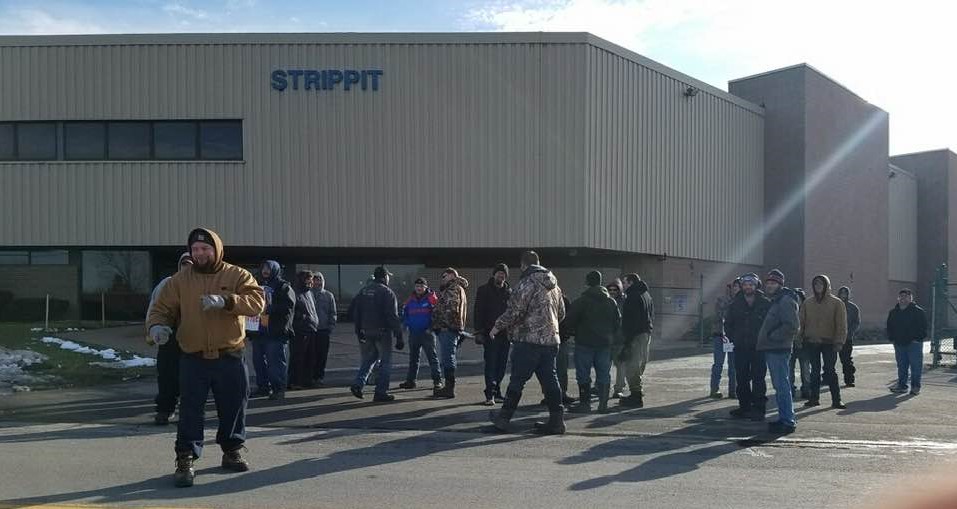 “We ‘got a deal, the Workers are extremely happy’ and they report back to work on Monday (February 10th),” Cooney said. “Our Members are ‘very happy to get back to work and the make the products that allow this company to continue to grow - and that’s important.’”

Workers voted to Strike on Sunday (February 2nd) after their current three-year contract expired. They immediately hit the picket line and contract talks took place throughout the week with the aid of a Federal Mediator, the IAM said.

Wages will increase 3% in each of the three years of the new contract, while Employees’ health care coverage costs “will remain the same,” Cooney told Your On-Line Labor Newspaper.

“We ‘also resolved our differences’ regarding installation of cameras in the workplace and bonuses when it comes to operation of multi-machine use,” he said.

When asked if the nearly four-day Strike played any role in reaching a new agreement so quickly, Cooney replied: “It was ‘extremely important.’”

On another front, the three IAM-represented LVD Strippit Workers who were injured on Tuesday (February 4th) when they were struck by a tractor-trailer that was making a delivery to the facility “are a home recuperating” from their injuries, Cooney said.

WKBW-TV/NewsChannel 7 had aired a video showing a Worker lying face down on the ground after allegedly being struck by the vehicle while two others shouted at the driver (www.wkbw.com/news/local-news/truck-driver-charged-for-running-over-striking-workers-in-akron?fbclid=IwAR0qT8BcNgIvGe4S_G_Q0QMK87A8EAEi6vopLhJLZT1QXdOygyEFevlJtcQ).  According to the Buffalo TV Station, the truck driver has been charged with reckless endangerment and his truck was impounded.

Cooney said all three Workers were treated and released at a local hospital, with one Member sustaining the most serious injury, one that involved his ribs.  “All three are suffering pain throughout their bodies,’” he said earlier this week.