Its Not A Job - Its A Career: Queens, New York Residents Set Their Sights On Upcoming Pathways To Apprenticeship Course 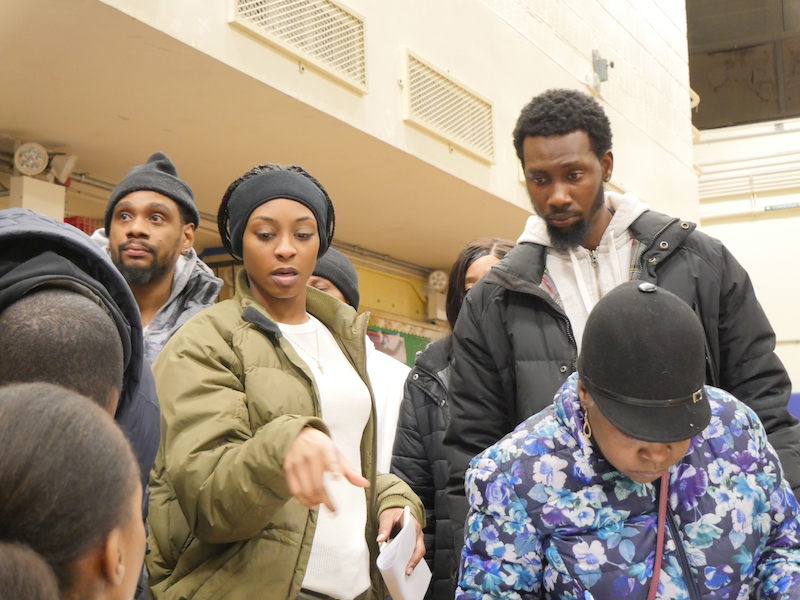 (QUEENS, NEW YORK) – After a long and difficult struggle, 696 Build Queensbridge Director K. Bain and Laborers Local 79 Organizer Bernard Callegari have succeeded in bringing a neighborhood-based Pre-Apprenticeship Program to one of the most underserved communities in New York City.

About 100 young men and women, mainly residents of the Queensbridge Houses in Long Island City, attended a Pathways to Apprenticeship (P2A) information session held at the Jacob Riis Neighborhood Settlement on 41st Avenue last week, eager to learn how to land one of the 20-25 spots available in P2A’s next direct entry class beginning Monday, February 10th.

Classes held at the nearby Fortune Society on Northern Boulevard will challenge students over the course of five weeks, Monday to Friday, 8 a.m. to 3 p.m., schooling them in everything from blueprint reading to mastering Trade Unionist language and lingo.

Organizers stress “transformation” is the watchword for the entire five-week course.

“You will be ‘undergoing a transformative process,’” Retired Carpenters Director of Training Elly Spicer promised applicants.

While a criminal record won’t disqualify anyone from securing a spot in the P2A class, all applicants must be drug free by the time the course is completed on March 16th.

“There’s ‘no use applying unless you are willing to change that part of your lifestyle,’” Spicer said, adding, “Those that ‘stick with us, we stick with them.’”

Laborers Local 79’s Callegari came up in the Queensbridge Houses in the 1980s and had to overcome numerous run-ins with the law and substance abuse issues before joining the ranks of the Trade Unionist Movement - and he’s determined to help other hard-pressed Queensbridge residents do the same.

“One of the reasons ‘that’s not my story (today) is I have a Union Book,’” Callegari told the applicants. “If someone ‘cracks the door open for you, you should kick it in.’  Queensbridge ‘doesn’t get its fair share of opportunity - today, that changes.’”

A wide variety of Building Trades are participating in the P2A Pre-Apprentice Course.

Students will have an opportunity to not only meet and talk with the different representatives, but tour their training facilities as well.

Both Bain and Callegari are shooting to achieve a 100% graduation rate.

“I know that ‘sounds audacious, but that’s the goal,’” said Bain.

To Directly Access This Labor News Report, Go To: http://laborpress.org/residents-of-queensbridge-houses-set-their-sights-on-upcoming-pathways-to-apprenticeship-course/