IAM-Represented LVD Strippit Plant Workers Strike Akron Plant  Talks Resume On Expired Contract As Union Members Walk The Line, Three Others Recovering From Injuries After Being Struck By Truck Making A Delivery To The Facility 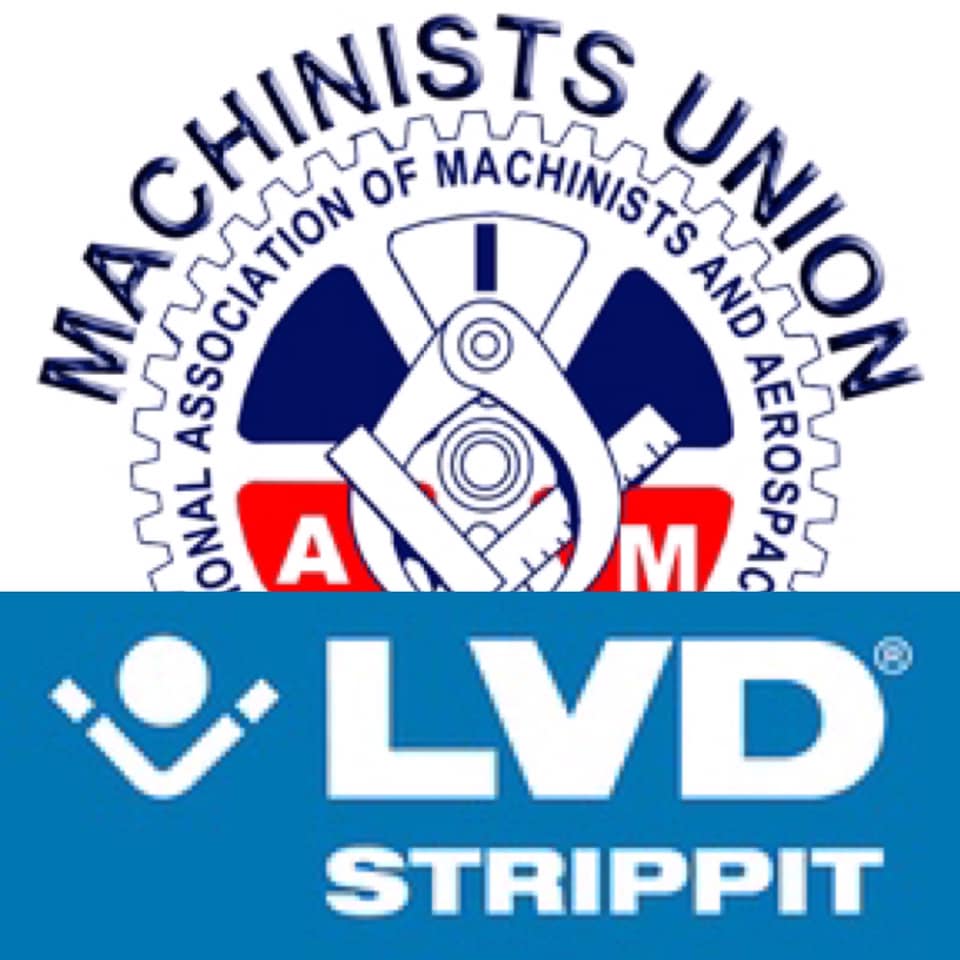 (AKRON, NEW YORK) – Contract talks continued for a third straight day (Wednesday, February 5th) on a new contract for 35 striking International Association of Machinists (IAM)-represented Workers employed at the LVD Strippit Incorporated Plant in the Town of Akron, just a day after three Union Members who were walking the line were hit and injured by a tractor-trailer that was making a delivery to the facility.

The Strippit Employees have been walking the line since Sunday, but on Tuesday (February 4th), three of the Workers were struck by a tractor-trailer entering the Clarence Center Road as it pushed through the line. 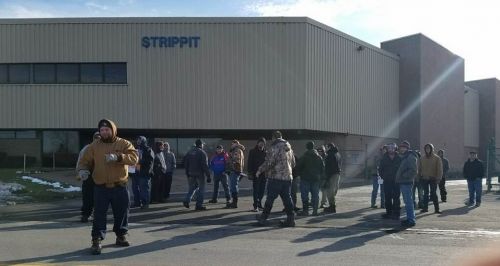 WKBW-TV/NewsChannel 7 aired a video showing a Worker lying face down on the ground after allegedly being struck by the vehicle while two others shouted at the driver (www.wkbw.com/news/local-news/truck-driver-charged-for-running-over-striking-workers-in-akron?fbclid=IwAR0qT8BcNgIvGe4S_G_Q0QMK87A8EAEi6vopLhJLZT1QXdOygyEFevlJtcQ).

According to the Buffalo TV Station, the truck driver has been charged with reckless endangerment and his truck was impounded.

Cooney said all three Workers were treated and released at a local hospital, with one Member sustaining the most serious injury, one that involved his ribs.

“A couple of them are at home now.  One had rib injuries, ‘but all three are suffering pain throughout their bodies,’” he said.

Meanwhile, contract talks took place on Monday, Tuesday and again, today, with the aid of a Federal Mediator, Cooney said.

“I’m ‘optimistic that an agreement will be reached sooner, than later,’” Cooney told Your On-Line Labor Newspaper.

He declined to discuss any specifics of the contract talks. 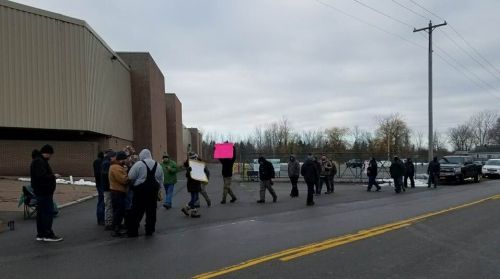 Photos that appear with this Labor News Story are courtesy of IAM District 65 Representative Pete Cooney.