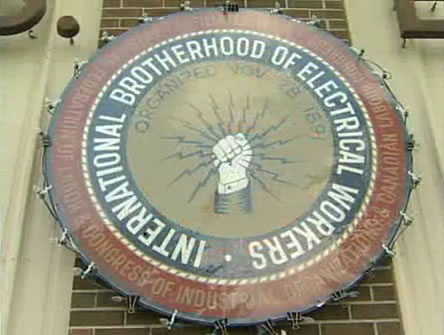 (HOUSTON, TEXAS) - The International Brotherhood of Electrical Workers’ (IBEW) Family Medical Care Plan (FMCP) is more than just a health insurance plan - it’s also a surprisingly effective organizing tool.  That revelation came to IBEW Houston Local 66 Business Manager Greg Lucero after a handful of his Bargaining Units adopted the plan in 2014 - and it’s been proven over and over in the years since.

“Once our Bargaining Unit Folks started walking the plants saying, ‘Look at the insurance I’ve got; look how good our insurance is,’ people started noticing,” Lucero said. “Employees want it when they hear what we’ve got.”

The FMCP’s mission is to provide high quality and affordable medical care coverage to Electrical Workers and their families, but during Organizing Drives and contract negotiations, many employers find the plan’s competitive costs and low overhead to be alluring bonuses.

“If your Local isn’t using the FMCP to help organize workplaces and expand our Membership and market share, then you’re missing out on a big opportunity,” said International Secretary-Treasurer Kenneth W. Cooper, whose duties include oversight of the plan.

Introduced in 2006, the FMCP now covers 100,000 IBEW Members and dependents from 180 Locals with health insurance that’s equal to - and often better than - company-offered plans.

“But that’s still just a fraction of our Membership,” Cooper said. “I’m happy with the FMCP’s steady growth over the last thirteen years, but for a plan that has so much potential, I feel like it should be growing even faster.”

Local 66, which represents nearly 4,300 Outside Line, Utility and Telephone Workers across Central Texas, is doing its part to help the plan expand.

Health benefits had become a sticking point a few years ago as Local 66 bargained for a first contract with CenterPoint, a natural gas and electric utility serving more than seven million customers in Texas and seven other states.

“Their guy said, ‘If you think you can do better, then do better,’” Lucero recalled.

He did just that, turning to the International Secretary-Treasurer and FMCP to help cool things down.

“We got a quote from FMCP and showed we could save the company over ($5 million),” Lucero said.

CenterPoint Employees in Texas joined the FMCP in early 2014, just about the same time that another opportunity was arising for Local 66 to organize Workers - this time at the South Texas Project (STP) Nuclear Plant near Bay City.

Again, the Local demonstrated how the FMCP clearly could cover the plant’s Employees and Retirees while saving its owners - NRG and the cities of San Antonio and Austin - nearly a quarter-million dollars a year.

STP signed its Workers to the plan that May.

To Continue Reading This Labor News Story, Go To: www.ibew.org/media-center/Articles/19Daily/1910/191029_FMCP