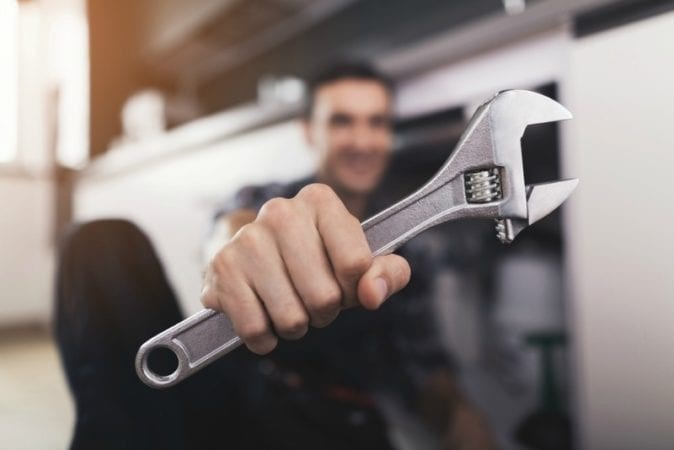 My son is 15 and will be starting his junior year of high school.

The talk of going to college is buzzing all around while no other options are even suggested half as much.  There seems to be such a stigma around not going off to school to earn a Bachelor’s ­Degree and I don’t think this is fair to our kids.

My son probably won't go to college, at least not right away.

For now, he feels like he wants to be a Plumber - like his father, and we both think that’s great.

When he was younger, he watched his Dad go to work in a big truck that had different compartments and held fittings, long copper pipes, and cool PVC things that fit together like a puzzle.

He loved helping him clean and organize it.

He'd take a screwdriver or wrench and sit with him under sinks when we'd drop off donuts at a job site.

As he's gotten older, he's gone to work with him over the years and learned how to install radiant heat, faucets and toilets.

My son likes to do manual labor and work hard.

He's always been happiest when he is moving his body and hates sitting in a classroom all day and the thought of going to another four years of school after graduating makes his stomach turn.

Knowing that, and seeing how his Father has struggled to find good Employees that know the Plumbing Trade, or want to work hard to learn it, has made me realize we really need to be presenting the Trades as a promising career path to our kids, because they have so much to offer.

College is being shoved down their throats and all the other options take a back seat or aren't presented at all.

Our teens should at least know there is always a need for Carpenters, Plumbers and Electricians.

In fact, a Plumber once told me in good times, people buy and build new.

And in bad times, they still need their homes to be standing and functioning properly so they hire Tradespeople to repair broken things - people will always need to use the bathroom and have running water.

My son's Dad has never been at a loss for work.

He supported a family of five on one income by running a good plumbing business.

In fact, he's had to turn a lot of work away as he's always had more work than he can handle.

He’s also mentioned when he does call people back to schedule a service call, they are so relieved because it’s impossible to get a Plumber to come to their house.

To Continue Reading This Labor News Story, Go To: www.parents.com/kids/teens/teens-need-know-they-can-make-money-trade-careers/