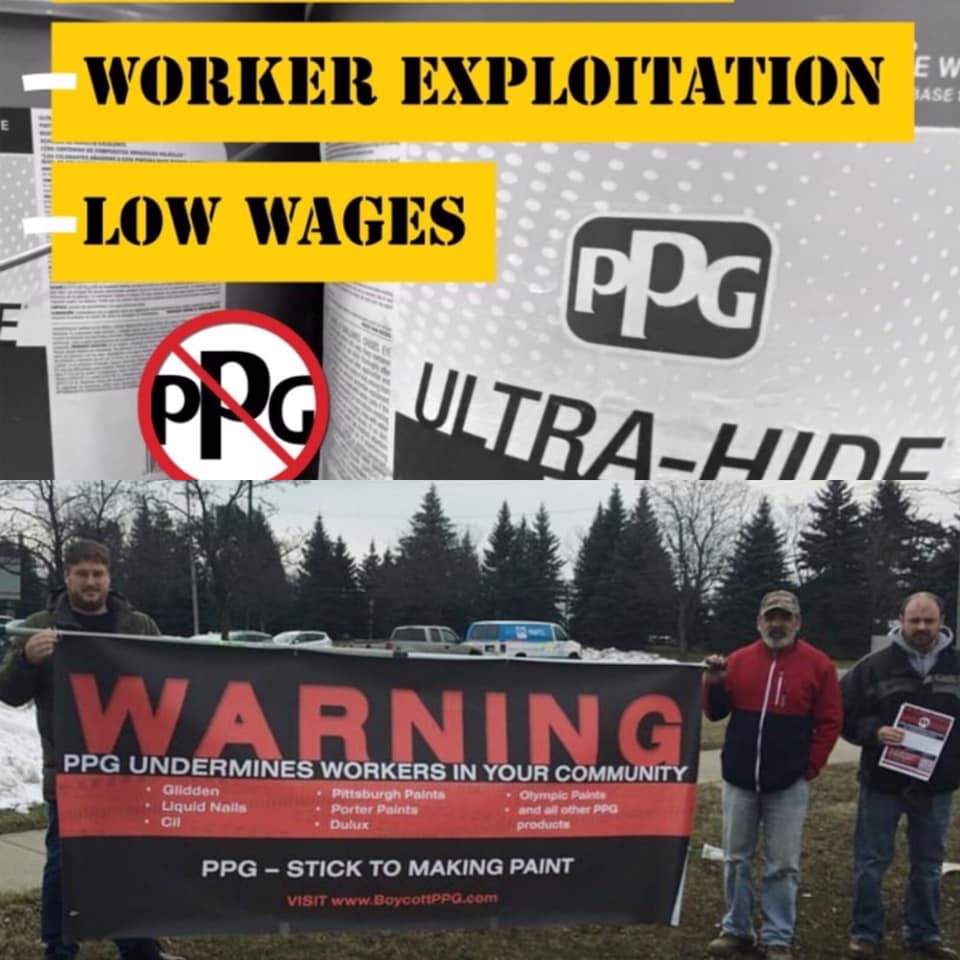 (HANOVER, MARYLAND) - Citing concerns that a new business model introduced by Pittsburgh Plate Glass (PPG) will put downward pressure on wages, the International Union of Painters & Allied Trades (IUPAT) is calling for a national boycott of PPG and PPG Services.

The PPG Services Program is an Uber-like service that promises to perform painting services at a set price.  Industry stakeholders are raising concerns that PPG is setting this price at a level that will inevitably make it impossible for painting companies to pay their Workers fair wages, adequate health and retirement benefits or fund traditional Apprenticeship Programs that provide both skills and safety training.

Confirming this, PPG refused IUPAT’s request that it require contractors to pay area standards.  Inevitably, this will lead to a race to the bottom for Workers, even as PPG rakes in billions, IUPAT Officials say. 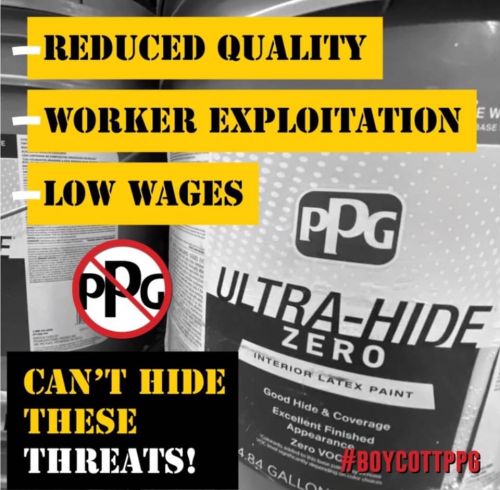 “The IUPAT ‘has pioneered innovative’ training programs that provide Skilled Workers ‘who provide great value for our end users,’” IUPAT General President Ken Rigmaiden said. “We’ve ‘all seen the disastrous consequences the Gig Economy has had in other industries.’  Uber Drivers ‘were promised livable’ wages and a ‘flexible’ job, ‘but many now complain they cannot earn’ a living wage.  ‘We can’t let the commercial paint industry suffer the same fate.’”

A Federal Reserve study found that 58% of Workers who had either entered or transferred into gig work are “financially fragile,” and a Slate investigation found that despite Uber’s claims that Drivers in New York City were making an average salary of $90,000 a year, Workers were averaging closer to $25,000 annually. 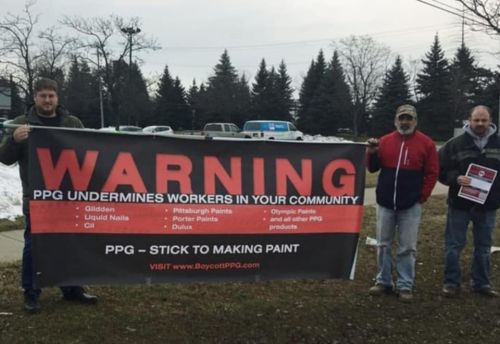 “What PPG ‘doesn’t seem to understand is that safety and quality matter in the construction field.’  ‘Treating construction like it’s just an Uber ride shows that PPG should not have its hands on the wheel,’” Rigmaiden said. “PPG Services ‘is pushing product without regard for the service that customers will receive, let alone what impact this controversial model may have on communities and Workers.’”

The IUPAT, with a knowledge base that extends over 100 years in workforce development, is convinced this model will undercut fair wages and, eventually, lead to a decline in both quality and on-the-job safety.

For that reason, IUPAT is calling for an industry-wide boycott of all PPG products, including PPG Services, Glidden, Liquid Nails, Pittsburgh Paints, and other brands.

To Directly Access This Labor News Story, Go To: www.iupat.org/press-room/international-union-of-painters-and-allied-trades-calls-for-boycott-of-ppg-the-second-largest-paint-manufacturer-in-north-america-over-concerns-of-worker-exploitation/