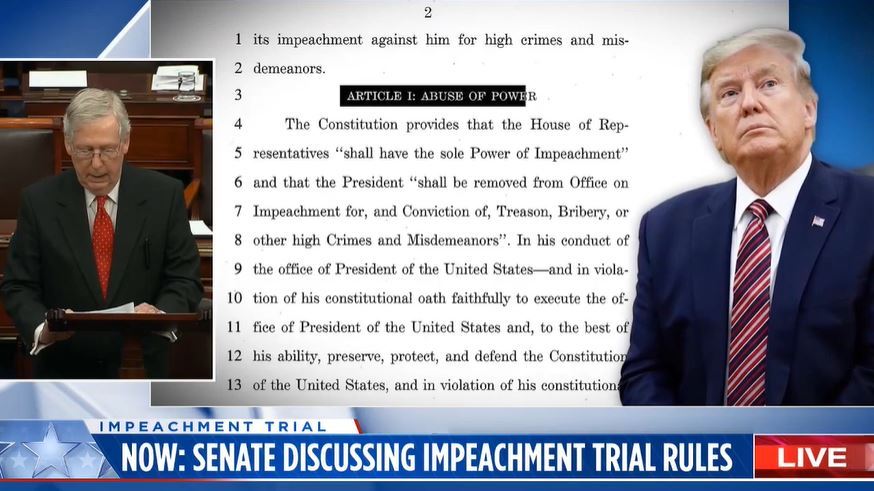 (WASHINGTON, D.C.) - For more than a year, a Federal Ethics Agency has instructed Federal Employees to steer clear of taking a stand at work for or against the impeachment of Republican President Donald Trump, saying that doing so could run afoul of the Hatch Act that bars them from participating in certain political activities.

With Trump now impeached and the subject of a Senate trial, a Union representing Federal Employees says that the controversial legal guidance from the Office of Special Counsel (OSC) tramples on Workers’ First Amendment rights.

As part of a lawsuit that began last year, the American Federation of Government Employees (AFGE) just filed an emergency motion in Federal Court asking a judge to block the guidance with an injunction.

The AFGE argues that the OSC, an independent agency now headed by a Trump appointee, has misread the Hatch Act in a way that’s created a “chilling effect” among Federal Employees.

Impeachment is “all that’s in the news,” Ward Morrow, AFGE’s Assistant General Counsel, told HuffPost. “If you’re going to enforce (the OSC) advisory in the conditions we have now, they’ll be investigating Employees for the next one hundred years.  It’s all anybody is talking about, especially in Washington.”

AFGE has been waging its legal fight with an assist from American Oversight, a Non-Profit Watchdog Group founded by former Obama Staffers that’s been hounding the Trump Administration over conflicts of interest.

Generally speaking, the Hatch Act, which dates to 1939, forbids most Federal Workers from engaging in electoral politics while on the clock or in their official capacity.

While Employees can make political donations or sign up new voters on their own time, they can’t urge their underlings to donate to someone’s re-election bid or pass out a candidate’s literature during the morning meeting.

The restrictions tend to boil down to advancing a candidate or party and that’s where AFGE said the OSC misses the mark.

But impeachment is a legislative process playing out in Congress, with the House sending charges - in this case, that Trump abused his office and obstructed a Congressional inquiry - to the Senate for a trial.

He added that someone’s views about witnesses being called in the Senate impeachment trial - a key issue the chamber has yet to decide - may have nothing to do with partisan politics.

To Continue Reading This Labor News Story, Go To: www.huffpost.com/entry/federal-workers-say-theyve-been-gagged-from-speaking-out-on-trumps-impeachment_n_5e2f593dc5b6ce51a4ea57b5?fbclid=IwAR2hJ8kFGQXr05aQ2C-f43b1XMoG74PDDqtqHJovYJvdaJvfHynkxAn9lvA