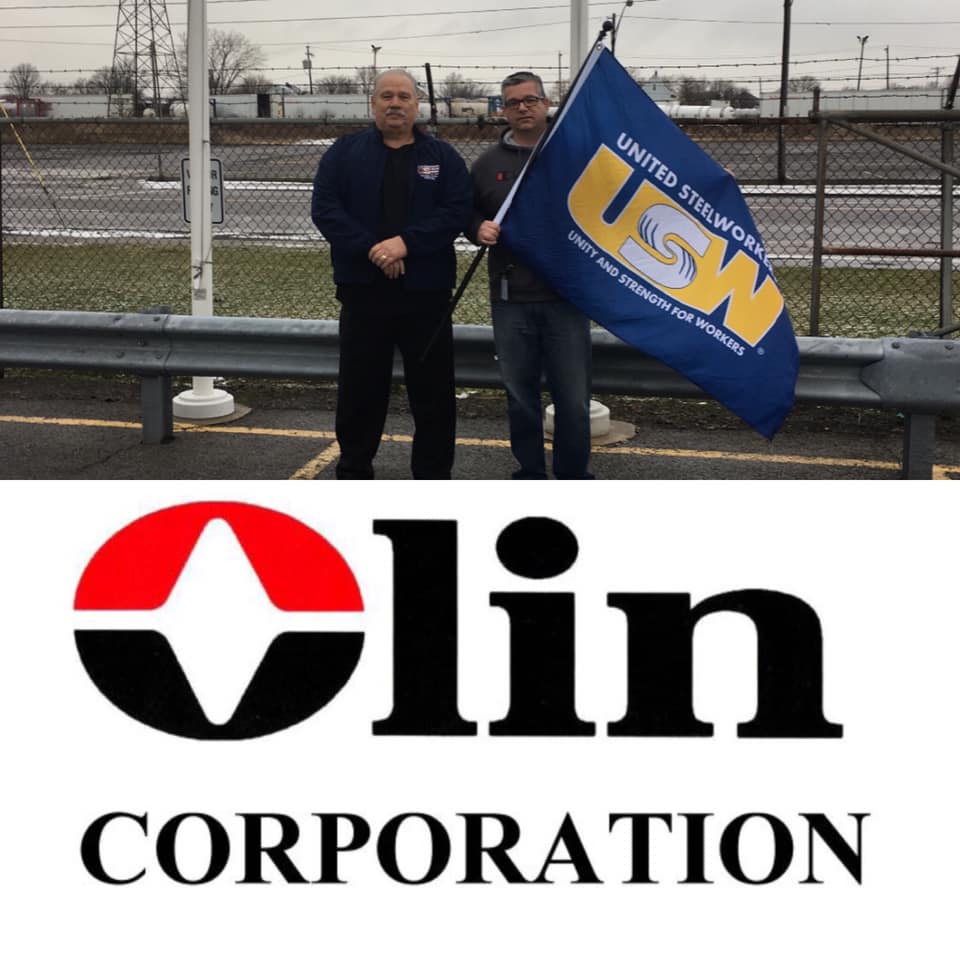 (NIAGARA FALLS, NEW YORK) – When it came to choosing this year’s recipient of the Niagara-Orleans AFL-CIO Central Labor Council’s Champions At Work Award, United Steelworkers (USW) Local 4-0598, its Leadership and Membership stood out.

Besides supporting area Food Banks, Community Missions, the SPCA and the Heart, Love & Soul Soup Kitchen, the USW Local - whose Members work at the Olin Corporation Plant in Niagara Falls, went the extra yard when it came to increasing its support of the United Way of Greater Niagara, which helps fund 30 agencies that administer 42 individual and beneficial community programs.

Led by Local President Greg Birkemeier, in concert with Olin Plant Manager Tom Tirabini, the Union expanded its support of the United Way by an amazing 80% in 2019 after Birkemeier decided to make it his mission to approach his fellow Union Brothers and Sisters in the plant on a one-on-one basis in order to ask for their help.

In the end, the number of those USW Members - who are involved in the manufacturing of sodium hypochlorite for use in swimming pools, that contribute to the United Way rose from 25 to 90.

“I talked to ‘every single person’ in our Local, ‘to let them know where their money goes and how it helps,’” Birkemeier told WNYLaborToday.com prior to tonight’s (Wednesday. January 29th) Annual Niagara-Orleans AFL-CIO Labor Council’s Awards Dinner, which features Communications Workers of America (CWA) Region One Director Debbie Hayes as the keynote speaker, as well as the Niagara-Orleans Labor Council honoring several other local Labor Leaders, Unions and Supporters Of Labor with a series of awards.

“We’re trying to get management to match that total – dollar for dollar, and they are open to it,” Birkemeier said.  “Thankfully, our new plant manager ‘wants the company to be more involved’ in the community too, so we brought in Bill Jakobi (the Labor Liaison for the United Way of Greater Niagara) to make a presentation (in October).  After that, we talked to everyone, ‘one-on-one.’  The feedback that we got was a lot of our Members were telling me, ‘they weren’t going to give,’ but because we had made it ‘more personal, it worked to change their minds and give to the United Way.’  I know that in ‘today’s world, it’s hard to give, but we weren’t asking for a lot.’  The pitch was the community ‘has lots of needs.’  We see it in Niagara Falls, with the Boys and Girls Clubs, with the elderly, Meals on Wheels.  ‘We tried to make it personal.’”

“For years, USW Local 4-0598 has been involved with the Labor Council and gotten involved in our efforts, ‘but this is great.’  Labor ‘took the lead.’  The main thing is Labor and management ‘working together on this.’  And, it’s a ‘good example to others in the Labor Movement who may decide to dedicate themselves to it.’  They got ‘great’ results.  ‘It’s what we need to see.’  ‘Every dollar counts.’  There’s ‘a lot of poverty’ in our county.  It’s a’ great example of how such a campaign can have success,’” said the United Way’s Jakobi, who noted United Way funding goes to a variety of worthwhile community programs, ranging from the YWCA’s Domestic Violence Program to the Heart, Love & Soul Food Kitchen.

In addition, WNYLaborToday.com was told by Jakobi (pictured below - on the left - with Local 4-0598 President Birkemeier) that additional dollars were raised by the USW Local and the company through their plant campaign, which also involved holding a number of good-natured events, including paying to throw pies at the faces of company managers. 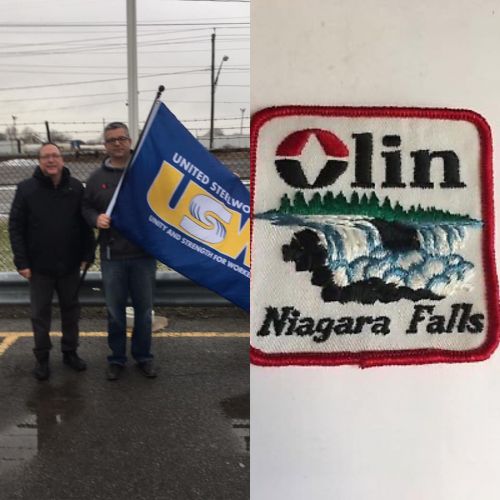 Pictured below, USW Local 4-0598 President Birkemeier throws a pie at Erich Ely, a Production Manager at Olin Corporation during a luncheon held in October in support of the United Way. (Olin Corporation Photo Via The Niagara Gazette) 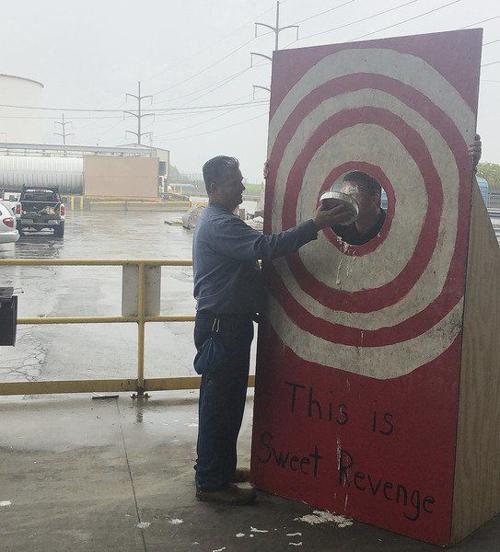 United Way of Greater Niagara Executive Director Connie Brown told Your On-Line Labor Newspaper that she was amazed by the results brought about by USW Local 4-0598, its Membership and the Olin Corporation: “It’s ‘unbelievable.’  They have a ‘great’ Labor-Management relationship - ‘working together.’  We were ‘very pleased that they decided to engage in one-on-ones with their Members.’  They ‘took ownership’ of the campaign.  The ‘time, effort and the money that they raised helps us support our community.’”

“I’ve ‘seen so many Labor Unions agree to step up over the course of time (on a number of other community issues), but as far as for the United Way - I’ve never seen it.’  ‘But I am not surprised.’  There’s ‘very good’ leadership at that Local and Greg ‘is dedicated to what he does,” he said.

“I’m hoping ‘it will have a positive effect in that their story leads to further success in raising money for the United Way with other Unions and their Locals.’  ‘It works to benefit the community and I hope a lot of other Unions pattern it’ - and, ‘I hope it opens the eyes of the community how important Labor Unions are to this community and that when Labor needs help, the community is there for them,” Briggs said.