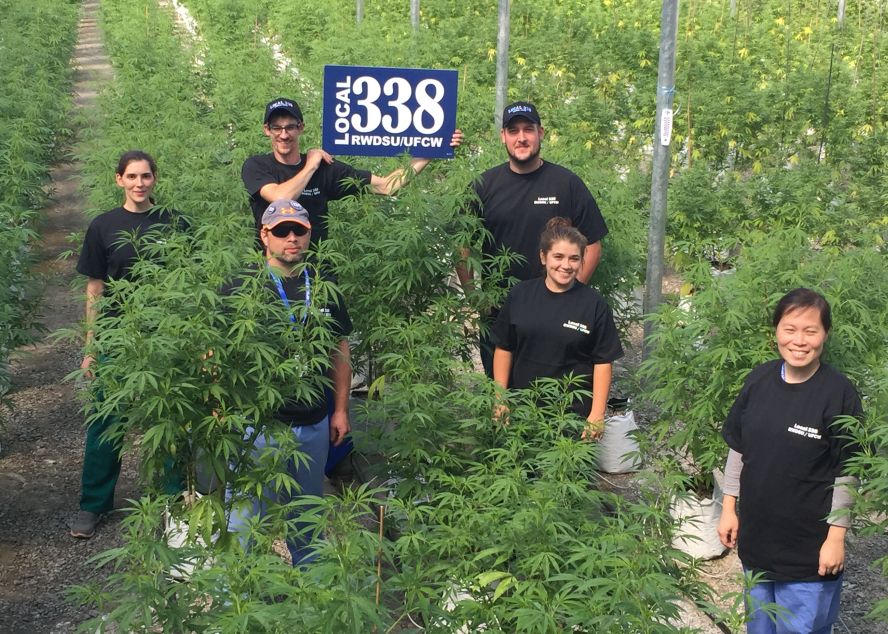 The new contract significantly builds on benefits that were included in the first contract, which was negotiated in 2016.  The Workers in the Bargaining Unit work across New York State at the Cultivation and Processing Center, as well as four retail dispensaries.

“Our Members ‘are dedicated to the patients they serve and provide significant service to the company they work for.’  Many of them were also ‘active participants in the negotiating process and when Workers come together, they can secure strong contracts that ensure fair treatment and respect on the job’ - which they have successfully done at Vireo,” Fontano said.

The Vireo Health New York contract was ratified by the Membership after months of negotiations and is retroactive to August 2019.

The Vireo Health New York contract will be in effect for three years and includes a number of critical provisions, such as annual wage increases over the term of the contract (Workers will receive retroactive increases from the expiration of the contract in August 2019).  The hourly rate of pay for Members will increase an average of 16% to 25%, based on the Members’ job classification and years of service over the term of the three-year agreement.  The Union also secured language in the contract that increases the minimum starting rate for new hires.  Workers will receive additional paid time off, as well as increased holiday pay.

The company will continue to provide Workers and their dependents with full medical coverage through the Union’s medical fund at no cost to the Workers, Union Officials said.

“I am ‘proud to have served’ on the Negotiating Committee ‘and have the opportunity to voice the issues that were most important to my Co-Workers and I.’  ‘Working with’ our Union, ‘we won many important improvements to our wages and benefits that show that we’ve not only been heard, but that we’re also valued.’  ‘Knowing that we go to work every day with the protections of a strong Union Contract is empowering and that helps us provide the best care for our patients,”’ Local 338 Member/Vireo Health New York Employee said.