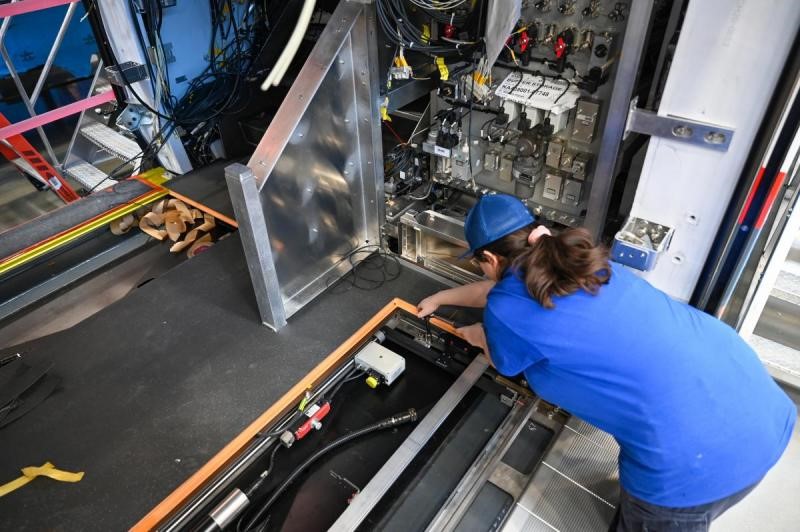 (SALT LAKE CITY, UTAH) - A Swiss company is bringing its Apprenticeship Model to Utah to build a skilled workforce for its new facility in this country.  The Swiss model, applauded by the Trump Administration and broadly supported by the public, has students split time between classes and paid, on-the-job training to get skills for a specific industry.

Stadler Rail, a Swiss Manufacturing Company that has contracts to build trains in California and Texas, decided to replicate the Apprenticeship System after finding a dearth of Employees with the correct skills for its U.S. Facility in Salt Lake City.

“A lot of our leadership are from Switzerland and went through those programs,” said Charlotte Thalhammer, a spokeswoman for Stadler Rail. “It just made sense.”

And while Stadler doesn't expect the program to fix its employee Shortage Problem, which is fueled in part by Utah's record low unemployment rates, Thalhammer said it will help them recruit a more skilled workforce.

When the company opened up in Utah, little local training existed for the manufacturing skills they needed.

"It was difficult for us to find the kind of workforce that we needed," she said.

Students who are enrolled in the Salt Lake City School Districts can apply for the program, called Talent Ready Apprenticeship Connection, in their junior year of high school.

The application doesn't rely much on grades, Thalhammer said, but instead requires a résumé, letters of recommendation and a cover letter, as well as an interview.

"We're looking for students that are interested and that are willing to learn," she said.

Once accepted, students start the program in their senior year of high school.

After graduating high school, they take classes at Salt Lake Community College while continuing to get on-the-job training from Stadler Employees.

While Apprenticing, students will be paid up to $13 per hour.

Once they finish their Apprenticeship, students will have an Associate Degree of Applied Science in Advanced Manufacturing, which will be recognized throughout the state of Utah.

Everyone who finishes will also be eligible for full-time jobs at Stadler, Thalhammer said.

Those positions would start at $22 per hour.

To Continue Reading This Labor News Story, Go To: www.insidehighered.com/news/2020/01/24/swiss-bring-apprenticeships-salt-lake-community-college