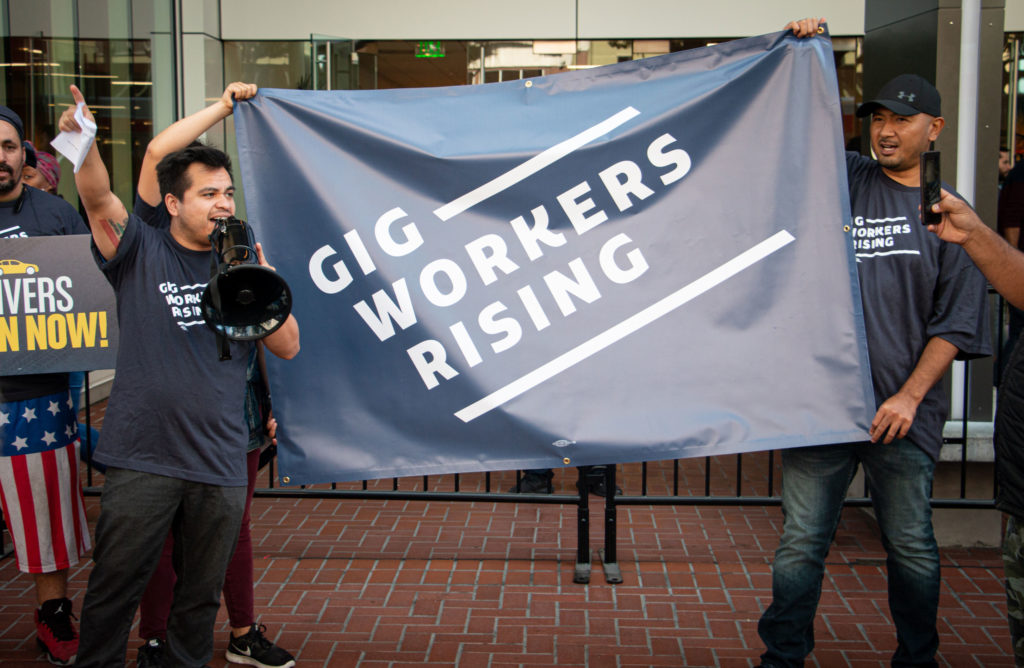 (LOS ANGELES, CALIFORNIA) - Times are good for Garrett Camp.  Even though Uber, the company he co-founded, has yet to turn a profit, he bought a Beverly Hills mansion for over $70 million last July, beating the previous home sales record in Los Angeles’s wealthiest neighborhood.  But for thousands of Uber Drivers, things are not going so well.

One of the main reasons is that most of them are classified as “Independent Contractors.”

That means they do not enjoy the same legal protections as full-time Employees.

They are also paid less and receive few or no benefits.

The same applies to Lyft, Doordash, and others in the so-called Gig Economy.

In May 2019, thousands of Uber Drivers went on Strike after the company slashed their pay-per-mile rate by 25% in Los Angeles and Orange Counties.

A new, in-depth study found that Doordash Drivers made an average wage of $1.45 an hour, after expenses.

And the problem of employers deliberately misclassifying Workers as Independent Contractors, in order to lower costs for themselves, does not appear to be getting any better.

However, when one state took bold and decisive action, its new policy had some unintended consequences.

Passed last September, the Bill set strict guidelines for the classification of Workers as Independent Contractors.

Proponents claim that the measure is necessary to stop unscrupulous businesses from taking advantage of low-income Workers and denying them basic protections and benefits.

However, the law, like similar bills being considered across the country, has prompted opposition from critics - and not just from the executives of companies that profit from reclassifying Employees as Independent Contractors.

Specifically, opponents of AB5 say that, while well-intentioned, the measure has unintended consequences for many creative Freelancers, such as Writers, Musicians and other Artists.

Karen Anderson, a Freelance Writer and Activist opposed to the measure, likened the law to “firing a cannon to eliminate cockroaches,” adding that it is “already causing massive collateral damage.”

The law did not come out of the blue.

It was a result of years of legal and regulatory rulings.

To Continue Reading This Labor News Story, Go To: https://whowhatwhy.org/2020/01/23/gig-workers-rights-fight-ensnares-creative-freelancers/