New Minimum Wage Increases Will Benefit 7 Million Workers - With The U.S. Minimum Wage Rising For Many States This Year, Some Areas Are Benefitting More Than Others 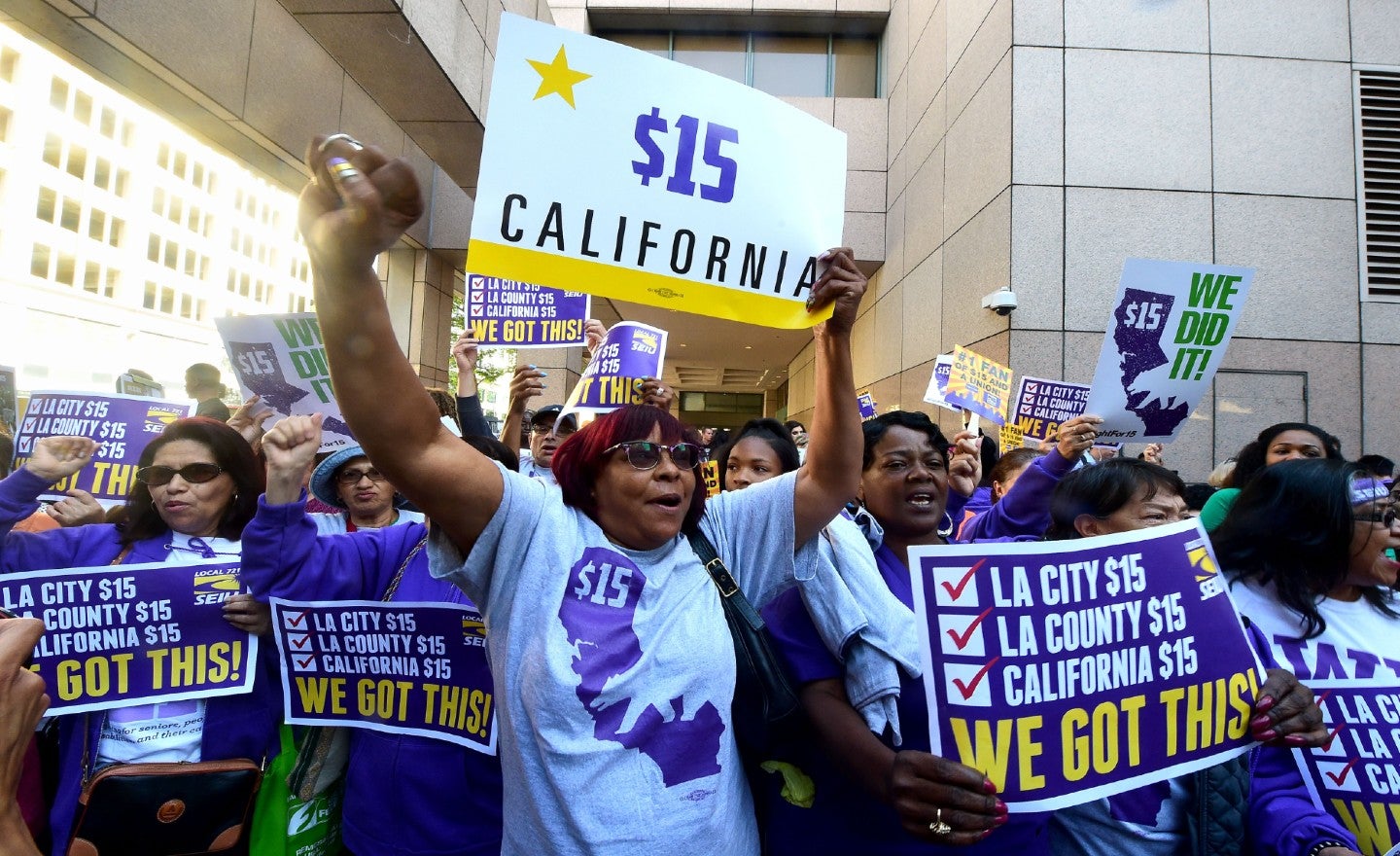 The Minimum Wage will increase for a total of 47 states and cities across the U.S. this year, impacting at least seven million Workers.

Expensive cities like Mountain View, California, Seattle and New York City will have wages at or above $15 per hour.

However, some cities and counties will stay at lower wages due to select state rulings.

The hotly-anticipated Minimum Wage increase will take effect in 2020 and it is already impacting a total of 21 states and 26 cities, according to a National Employment Law Project (NELP) report.

Later this year, four more states and 23 additional localities will also raise their Minimum Wage, with 15 of them increasing to $15 or more.

The Economic Policy Institute (EPI), a Left-leaning research firm, says that at the start of 2020, approximately seven million Workers are already benefiting from higher wages.

In 17 out of these 47 locations, including Petaluma, California, Seattle, and New York City, the Minimum Wage will meet or exceed $15 per hour.

The report also states that 24 locations will have their minimum wages adjusted based on the Consumer Price Index (CPI), or inflation.

The goal in using inflation to help adjust the Minimum Wage is likely to support Workers’ ability to purchase common items and services and sustain themselves economically.

Some of the cities with particularly high minimum wages - more than $15 per hour - are centered in the expensive Northern California Region, as mentioned in a CBS report.

Workers in Menlo Park, Mountain View, San Mateo, Los Altos and Cupertino saw their wages rise at the start of the new year.

Before this, the Minimum Wage was stagnant at $7.25 per hour, having last been raised in July 2009.

Recent activist and legislative initiatives such as Fight for $15 and the 2019 Raise the Wage Act have brought national attention to boosting the Minimum Wage of U.S. Workers to at least $15.

While the Raise the Wage Act awaits Senate approval, 47 states voted to increase the wage floor starting in 2020.

However, there are places across the country that will not see a boost in Minimum Wage.

The NELP study states that an estimated 346,000 Workers in 12 municipalities and cities will not have a pay raise.

This is largely due to state legislatures invalidating, or ‘preempting,’ city initiatives to raise minimum wages on a local level.

Some cities and counties where this is the case include Birmingham, Alabama, St Louis, Miami Beach, Florida, and Louisville, Kentucky, among others.

In a blog post for the EPI, Analyst David Cooper states: “As economic research continues to show that higher minimum wages work precisely as they’re intended - lifting pay for low-wage Workers with little, if any, impact on their job prospects - there is no excuse for lawmakers in some states to continue to deny higher pay to millions of the country’s lowest-paid Workers.”

To Directly Access This Labor News Story, Go To: https://thehill.com/changing-america/respect/poverty/476834-minimum-wage-increases-set-to-benefit-7-million-workers?fbclid=IwAR2MDzKMt9_moRI65wGAHCOpN5z2o-4TB9xhkzD4m11_Kw4W4UJBi0tEho8