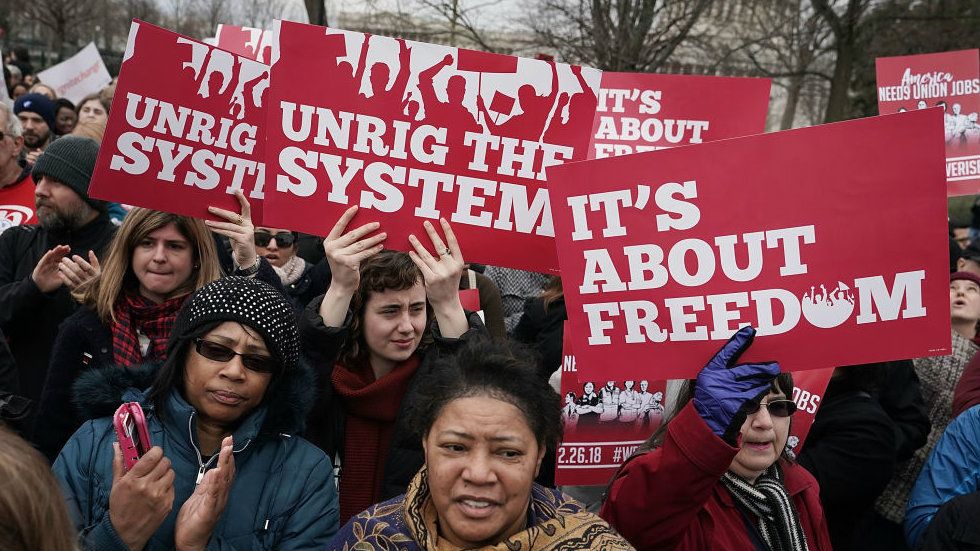 The Hill Editor’s Note: Kayla Blado is President of the Nonprofit Professional Employees Union, while Katie Barrows serves as the Union’s Vice President of Communications.

In 2018, women once again came home with over 16% less money in their paychecks.

Today is Equal Pay Day, which means women had to work until April 2nd - 92 days longer - to be paid the same amount as a comparable man in 2018.

For many Women of Color, this gap is much worse.

For the past 15 years, the gender wage gap has barely budged and persists across all wage levels and among Employees at every education level.

More and more, women are turning to their Unions to implement workplace tools to narrow the gender wage gap.

Moreover, Unions have narrowed the gender wage gap to just 6%.

Plus, those of us in Unions are also more likely to have various types of Paid Leave to balance work and family.

NPEU Members have worked to combat a cycle that keeps a woman’s pay lower than a man’s.

If a woman was discriminated against in her first job, she will continue to be paid less in subsequent jobs.

Several of our member organizations have negotiated to prohibit salary history disclosure for those applying for open positions.

NPEU Members at multiple organizations have negotiated for clear and open pay scales that allow Employees to identify their salary by job title, experience, skills and training.

This allows Employees to know what their colleagues are being paid and make sure they are not being paid less for equal work.

Other NPEU Members secured an annual pay equity review in their Union Contract, which gives them a yearly opportunity to work with their employer to review salaries and close the gender gap.

Only 17% of Workers in the United States have Paid Leave through their employers.

Many of our Members have negotiated for 8-to-12 weeks of paid leave upon the birth or adoption of a child.

To Continue Reading This Labor News Story, Go To: https://thehill.com/opinion/finance/436794-women-in-pursuit-of-equal-pay-should-consider-forming-unions