Labor Perspective From Mickey Williams, President Of United Steelworkers Local 12 In Gadsden, Alabama: âUnion Members Are Your Neighbors, Not Your Enemiesâ 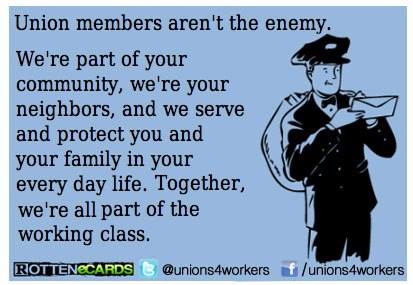 I felt it important to write in response to the recent letter, “Unions Are Elephant In The Room,” that appeared in The Gadsden Times.

While I will ignore the numerous studies that show that the growth in wealth inequality and wage stagnation over the last few decades is tied to the decline of Unionization in the country, I do want to confront the theme that somehow a Union is a job-killing, distant enemy of jobs and this community.

The simple fact is, Local 12 - the Union at Goodyear is made up of 1,100 Employees who live in the area.

In fact, 71% of Employees at Goodyear-Gadsden live in Etowah County.

We are your neighbors.

Our children attend the same schools.

We sit next to you at football, basketball and baseball games.

We probably sit next to you in church pews on Sunday mornings.

As your neighbors, it is important to remember the many ways this Union contributes to Etowah County and the surrounding areas: The Union jobs at Goodyear-Gadsden paid $2.2 million in municipal taxes each year; The Union jobs at the plant contribute to $8.5 million being spent at local vendors each year; Local 12 donates tens of thousands of dollars directly, annually, to local charities; Local 12 puts on a yearly Christmas party for exceptional children, for kids with disabilities, in our area.  This past Christmas was the 68th annual event; Local 12 funds a yearly school supply drive for local children; Local 12 gives thousands of dollars annually to children of members in the form of the E.K. Bowers Scholarships, and we also donate to other local scholarship funds; and Local 12 members are by far the largest provider to United Way with donations topping $250,000 annually.

Yes, the jobs at the Gadsden plant pay well - because people joining together to improve their working conditions, pay and benefits is a powerful force for good.

The Union at Goodyear-Gadsden won its first contract on August 25th, 1943.

Over the course of the last 77 years, we’ve watched recessions come and go, watched as new competitors came into the market and marched on the picket lines when it came to fighting for our standard of living in this community.

And as unfairly imported tires decimated good-paying, tire-making jobs (both Union and Non-Union) in this country, we - the Union, fought back by successfully filing many trade cases to stop other countries from hurting this industry.

It is hard to see how our Union demanding good wages and benefits as impeding progress, considering that Goodyear is a profitable company.

In 2018, the business segment Gadsden operates in made more than $650 million in profit from operations.

To Continue Reading This Labor Perspective, Go To: www.gadsdentimes.com/opinion/20200116/guest-commentary-union-members-are-your-neighbors-not-your-enemies?fbclid=IwAR2c2_juO9ARrv7sq_ttgrrRIBvE4wqEMnnUAUOTQtEfNSG_u_0A4kvf-tQ