The Head Of The Largest Flight-Attendant Union In The U.S. Explains Why Delta's Cabin Crews Might Finally Vote To Unionize 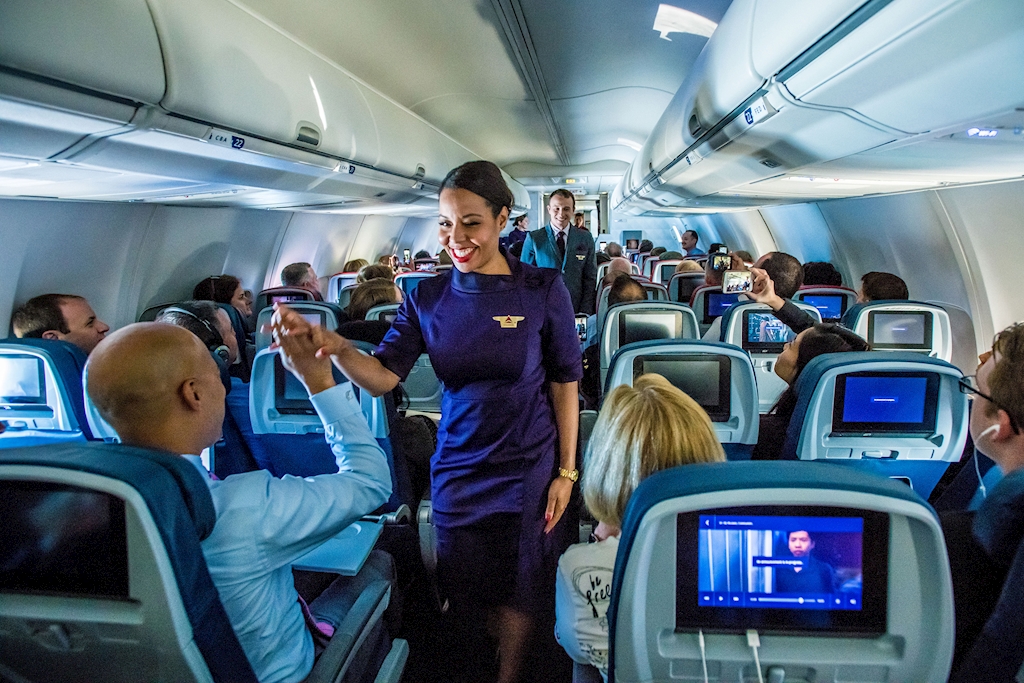 (ATLANTA, GEORGIA) - Delta is the biggest airline in the U.S. to have Flight Attendants who are Non-Union, but that may be about to change.

The country's largest Cabin Crew Union, the Association of Flight Attendants-Communications Workers of America (AFA-CWA), has started a membership drive in an effort to organize Delta's 25,000 Flight Attendants.

The drive comes as Delta has reported strong performance over multiple quarters and as the airline says it plans to hire 12,000 new Employees by 2020, including at least 1,000 Flight Attendants.

Delta Flight Attendants previously voted against Unionizing in 2002, 2008 and 2010 - but Sara Nelson, the President of the AFA, believes the current economic and social landscape will lead to a different outcome this time.

"A lot has ‘changed’ since 2010," she told Business Insider. "More than forty-percent of the Flight Attendant Workforce ‘has been newly hired since then.’"

Additionally, the context was different then.

After the 2008 election, a rule under the Railway Labor Act that counted any uncast vote in a Union Election as a "No" was changed, so that the elections would only count votes that were actually cast.

The 2010 election, which took place after the rule change, occurred when Delta and legacy Northwest Airlines Employees were kept separately, operating in different pools - Delta and Northwest merged in 2008.

Now combined into one pool, legacy Northwest Flight Attendants, who had been Unionized prior to the merger and 2010 vote, have voiced favorable views toward Unionization to legacy Delta Employees.

"They ‘know what it's like to have a Union Contract, a voice at work, due process - all of those things,’" Nelson said.  "And now that they've been flying with the Delta Flight Attendants, ‘they've been able to talk to people about what that's like.’  ‘And that's at the same time that there's a new interest in Unions by Workers across the country.’"

The data backs up Nelson's claim.

American Workers have felt increasingly emboldened amidst a strong economy, as Employees seek a greater share of robust corporate profits.

In addition to Organizing Drives, this has manifested in Employee Strikes in varied industries like hospitality, supermarkets, and automotive manufacturing, as well as public service.

Delta was criticized on Social Media last year when photos of Anti-Union posters began circulating, including one suggesting Employees should spend money on video games instead of Union Dues.

To Continue Reading This Labor News Story, Go To: https://amp.businessinsider.com/delta-flight-attendants-union-campaign-organize-afa-2019-11?fbclid=IwAR1O5nbEY0GoWRqKoP2qZhLs4VY8pP2tqvnoqGRvPOnzb94LmmPoKzWITsI