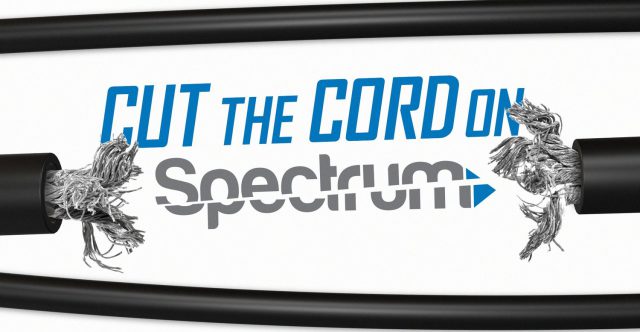 When Spectrum and other providers’ contracts expire this Summer, the International Brotherhood of Electrical Workers (IBEW)-represented Strikers say, New York should instead be an innovation leader and create its own public ISP (Internet Service Provider), to be owned and run by the Skilled Workers who maintain it and by the people of New York City, who have also seen problems since Spectrum came that aren’t yet resolved.

During the Strikers’ 1,000th-day rally at City Hall on December 23rd (2019), Workers and Organizers joined with New York City Elected Officials to criticize the city’s failure to resolve the Strike, sing Spectrum-satirizing carols, and promote their public option plan, designed to give New Yorkers more power over and profits from their TV and internet (not to mention lower bills).

With their Unplug Spectrum Campaign, Organizers said, they hope to show millions of New Yorkers that having a publicly run, publicly accountable, and publicly profitable cable option is really possible here, so long as they’re willing to ask.

Troy Walcott, a Spectrum Striker and one of the group’s Worker-Organizers, said in a phone interview that as politicians in New York and nationally increasingly promise bolder, more progressive policies, including for our internet and cable access, it’s up to voters and consumers to demand that New York City Leaders make that stand.

To Directly Access This Labor News Story, Go To: www.forbes.com/sites/janetwburns/2020/01/15/spectrum-workers-call-for-public-isps-at-day-1000-holiday-rally-in-nyc/?fbclid=IwAR2Oz0q5vrgr36yKMMRVttpjVImas9wnoErqGtod_nTLKCC8ad-ZT7BWK6k#2644620a7496