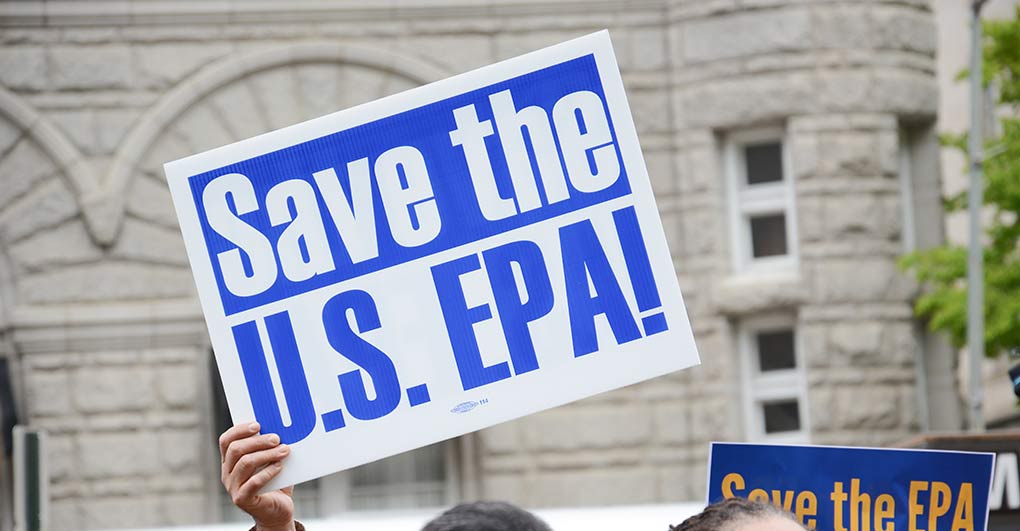 (WASHINGTON, D.C.) - The Republican Trump Administration has waged an all-out assault on Workers employed at the U.S. Environmental Protection Agency (EPA): Silencing Researchers; Erasing years of scientific advancement; and cutting Agency Staffing to the lowest levels since 1985.  Now Employees are joining together to articulate a bold new vision for the agency through a 10-point EPA Workers’ Bill of Rights , which is designed to embrace science, bolster working conditions, and deliver a fair contract for the nearly 8,000 EPA Workers represented by the American Federation of Government Employees (AFGE).

The Bill of Rights is at the heart of a new nationwide campaign that was launched by AFGE Council 238 in early January.  The Protect EPA Campaign is designed to protect the EPA from the Trump Administration’s ongoing attacks on Workers, the environment, public health, and science itself.

“EPA Employees have committed our careers to protecting human health and the environment, working day-in and day-out to keep our air clean, ensure our water is safe to drink, and clean up our land so that we may live and work on it,” AFGE Local 1236 President Bethany Dreyfus said. “Yet time and time again, the administration has attempted to silence research and gut our Labor Rights.  That’s why we’re not just standing up for a fair contract, we’re fighting to be able to do our jobs and protect public health - and we’ll keep fighting until our voices are truly heard.”

The launch of the campaign coincides with the resumption of contract negotiations between EPA Management and the AFGE, which forced the EPA to return to the table after filing Unfair Labor Practice (ULP) Charges and grievances over the agency’s decision to repudiate the Union’s previously negotiated contract and unilaterally impose its own rules on Workers.

The Union for Concerned Scientists has signed onto the Bill of Rights, giving EPA Workers a boost in their fight to be able to do their jobs and protect the public health without political interference.

U.S. Senators Ed Markey, Gary Peters, Chris Van Hollen and Tom Carper have signed on in support, as have a dozen House members.

EPA Employees nationwide are holding rallies, meeting with members of Congress, and encouraging everyone who supports the mission of the EPA to sign their petition.