The 30 Most Powerful Unions In America 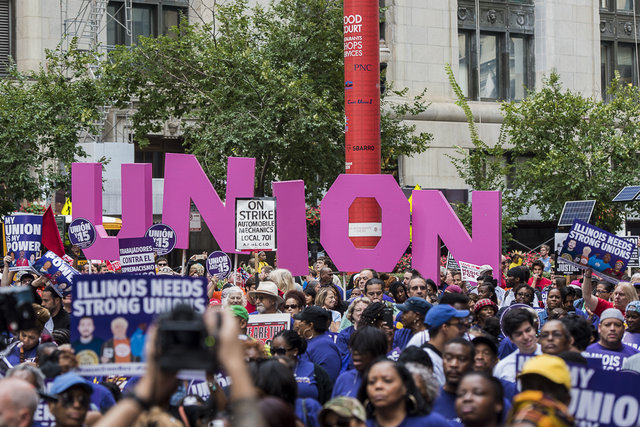 Few things have been as important to the development of a strong Middle Class in America as the Labor Union.

In their heyday, Labor Unions were an essential piece of the social fabric that helped ensure Workers could have a strong voice in getting paid fair wages, securing important benefits and ensuring safe working conditions.

However, the days of Organized Labor wielding enormous influence are largely gone as Union Memberships continue to shrink in the face of an ever-shifting economy.

From 1983 to 2015, Union Rolls shrank by nearly three million Workers - even as more than 45 million more people joined the workforce, and the proportion of workers in a Union was cut in half over that same period.

So, what does the face of American Organized Labor look like today?

Unions still command the largest membership base, allowing them to influence public policy and pressure companies into making concessions.

GOBankingRates looked at the membership numbers from some 78 different Unions as available through the U.S. Department of Labor and identified 30 that still have at least 100,000 Members.

Some of them are among the most powerful Unions in the Nation and have led strikes that changed America.

For The Rest Of The Union Ranking, Go To: https://finance.yahoo.com/news/30-most-powerful-unions-america-090000629.html?soc_src=community&soc_trk=fb

To 'all' Workers,: If there were 'no' Unions in America, 'who would bargain your wages and benefits?' 'Together we bargain, apart we beg.' If we 'had to wait' for a company 'to give us' the benefits - which Unions 'make possible,' it would be 'forced' labor, 'no' consideration for a 'safe' working place, 'no' Social Security and 'no' Medicare or Medicaid for the Working Poor, 'because most all' the Labor Laws that have been passed ' have been because of' Organized Labor's influence. 'Every' Non-Union Worker 'has benefited by Union-bargained benefits over the years, as well as the strength in numbers' that Unions provide. Posted by Earl Frampton, Retired CWA with a pension and Soci on January 21, 2020 at 3:15 pm