Closing The Skills Gap With Apprenticeships: Costs Vs. Benefits 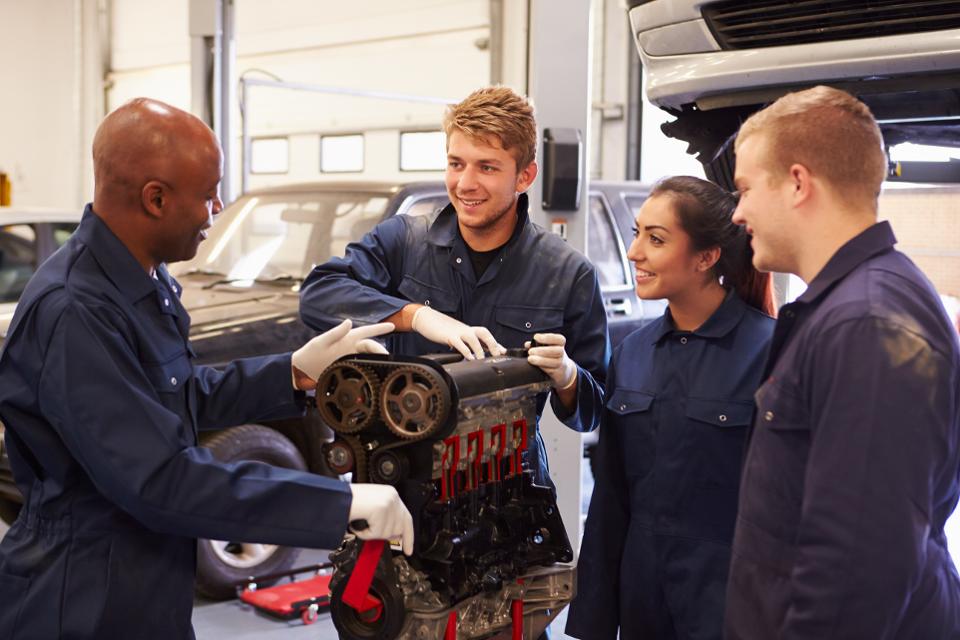 In my previous post, I talked about the “buy or build” choice for closing the skills gap.

Do you compete in a tight Labor Market (buy) or train new Workers yourself (build)?

In this post I review the costs and benefits of the latter option - building a skilled workforce with an Apprenticeship Program.

But how can you measure these kinds of benefits?

Costs are a bit more straightforward.

Employers can easily estimate the cost of Apprentice Wages and Fringe Benefits over several years, as well as the cost of classroom training.

You can also get a reliable cost estimate for the time mentors (or job coaches) spend with Apprentices.

Measuring benefits is more challenging, owing to the difficulty of measuring Apprentice productivity over several years.

Nevertheless, independent researchers, as well as individual companies, have attempted to do so.

In one study, European Economists found the productivity of Swiss Apprentices compared to Skilled Workers increased from 37% in the first year of training to 75% by the end of a three-year program.

Their German counterparts advanced in productivity at roughly the same pace.

Additionally, 60% of the Swiss firms recouped their costs during the training period, while the German firms, on average, required more time to break even - German Apprentices spend more time than their Swiss counterparts in the classroom and practicing tasks.

But the point is that costs are recouped - and more quickly than many employers might realize.

Costs and benefits of Apprentice Training vary between nations, industries, and occupations.

For example, in Canada, it costs roughly 3 ½ times more to train an Electrician than to train a Cook, which means it takes longer for employers training Electricians to break even.

Sponsoring companies either reach break-even within the training period itself or shortly thereafter, but they do break even and go on to positive gains.

In contrast to Europe and Australia, U.S. firms are latecomers to Apprenticeship.

Almost all reported that apprenticeship helps them meet their skill requirements and 87% said that they would strongly recommend Registered Apprenticeship to others.

To Continue Reading This Labor News Story, Go To: www.forbes.com/sites/nicholaswyman/2020/01/09/closing-the-skills-gap-with-apprenticeship-costs-v-benefits/#51f54a274b6b