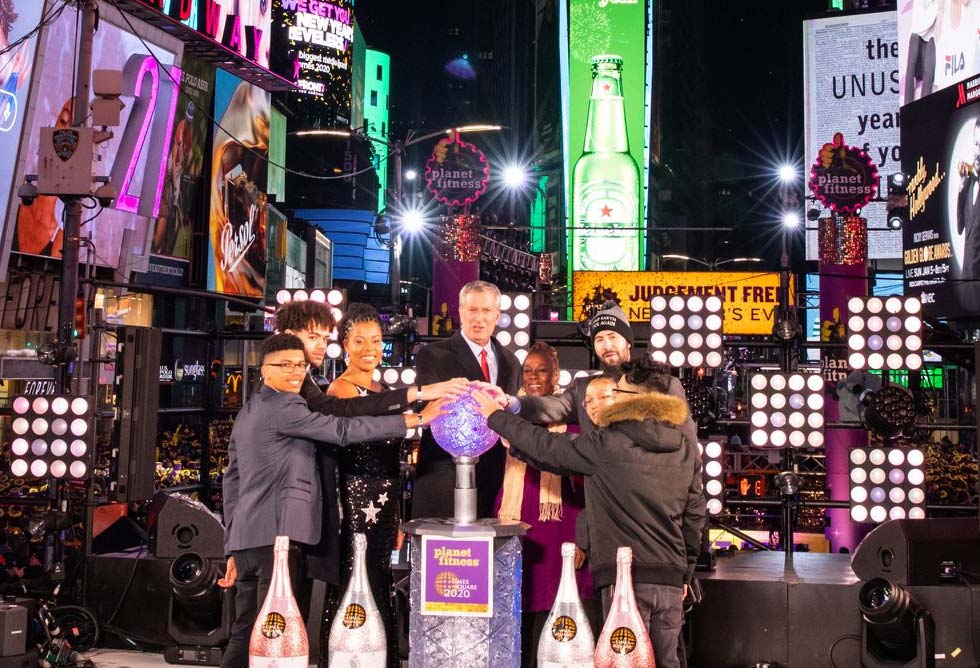 (NEW YORK CITY) - It’s not usually a good thing to “drop the ball,” but in the name of science, students and a pair of their environmentally-active Public School Teachers did just that when they pushed the button to drop the iconic Waterford Crystal ball in Times Square on New Year’s Eve.

When the Times Square Alliance decided to spotlight youth-led environmental activism as the theme for the big celebration, they did not have to look far for people to represent.

Jared Fox and Aida Rosenbaum, both members of the United Federation of Teachers (UFT), were chosen to be on stage for an event watched around the world.

Both Teachers had recently won an Alfred P. Sloan Foundation Award for Excellence in Teaching Science and Mathematics when they were tapped to participate in the Times Square festivities.

A small ceremony was held each hour leading up to the midnight blitz ball drop, and at 8 p.m., the science crew was interviewed by New York 1 TV Station Celebrity Event Host Jonathan Bennett.

“It was ‘amazing.’  ‘I still can’t believe it,’” said Rosenbaum, who is in her 17th year in the classroom.  She teaches Earth Science and AP Environmental Science.

The Teachers read wishes on air that people had written on confetti relating to environmental themes, such as “I wish people would stop littering.”

Rosenbaum is clear on her big wish: “I wish the general public ‘would have more trust and knowledge of science.’”

“The ‘whole purpose of science is to gather evidence and provide explanation,” she said.

The group also took part in a press event a few days before the ball drop to bring more attention to environmental concerns and activism.

To Continue Reading This Labor News Story, Go To: www.nysut.org/news/2020/january/uft-members-and-their-students-ring-in-the-new-year-spread-green-message

You Can Watch Their Button Push At 2:15 On This Video.