The Nations Longest Ongoing Strike Comes To An End After 1,029 Days - USW-Represented Miners Are Back On The Job After Ratifying New Contract Deal 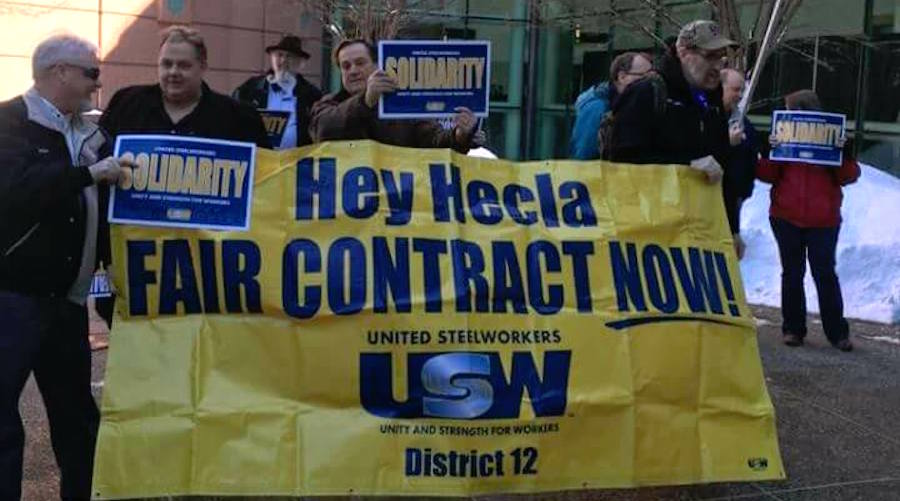 (MULLAN, IDAHO) - About 200 United Steelworkers (USW)-represented Miners are back on the job at Idaho’s Lucky Friday mine after nearly three years on Strike, putting an end to the longest-running continuous Strike in the U.S.

The Workers ratified a contract with Hecla Mining Company, the mine’s owner, earlier this week after they narrowly rejected another deal in December due to reservations about the conditions of returning to work, according to USW spokesperson Tony Montana.

“Our Members’ ‘strength and determination to resist Hecla’s unfair demands has been rewarded with a contract that’ll set Union Members up for future success,’” Montana said.

USW Local 5114 began the strike March 13th, 2017, after the company attempted to unilaterally impose parts of a new contract on Workers.

The USW filed Unfair Labor Practice (ULP) Charges with the National Labor Relations Board (NLRB) over the company’s actions and the two parties reached an informal settlement in the Summer of 2018, agreeing to good faith negotiations.

That’s longer than any other ongoing Strike, according to records from the Federal Mediation and Conciliation Service (FMCS), a Federal Agency that tracks work stoppages.

Work stoppages lasted an average of 41.1 days over the past decade, according to Bloomberg Law data.

The Union went on Strike against Charter Communications-owned cable and internet provider Spectrum on March 28th, 2017.

To Read This Labor News Story In Its Entirety, Go To: https://news.bloomberglaw.com/daily-labor-report/nations-longest-ongoing-strike-comes-to-an-end-after-1-029-days?fbclid=IwAR1M_O_4Vu7HjU_hb8HlgpcrbPW8zX1cqoD5Mr85SVjE5e76seMjwmgDmC4