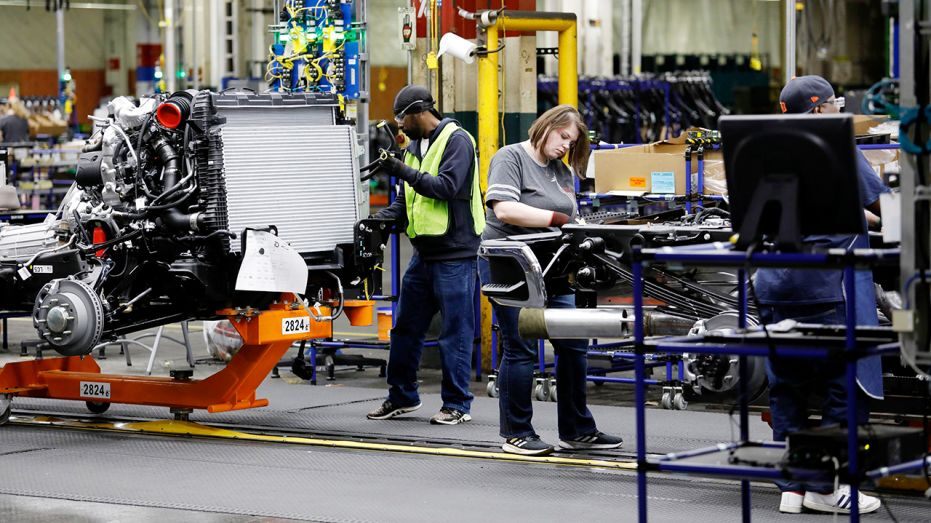 (DETROIT, MICHIGAN) - General Motors' (GM) Worker Adarrey "Ace" Humphrey just got blindsided.  That's when his life changed.  Humphrey, 27, has been a Part-Time Temporary Worker at GM's Flint Assembly in Michigan for the last three years.  On Sunday morning (January 5th), he and about 250 of his Co-Workers crowded into United Auto Workers (UAW) Local 598's Union Hall.  Most thought they were there for a routine meeting, but when the Local's President stepped to the mic, the room listened in awed silence.

"He said: 'As of tomorrow, you guys are full-time Seniority Employees of GM,' " Humphrey said. "There was a ‘gasp’ in the room for a few seconds.  Some of us thought he ‘misspoke.’  Then, we had to say, 'No, we heard him right!'  ‘It was amazing.’”

On Monday, GM made about 930 Temporary Workers permanent Full-Time Employees at 30 of its 52 UAW-represented facilities in the United States.

And, there are more to come in the months ahead, it said.

Meanwhile, the Ford Motor Company also moved 592 Temps to permanent full-time on Monday, the UAW said, and will do more conversions of temps next month.

The action is in keeping with the terms struck in the 2019 four-year UAW contract that GM Union Members ratified in October after a 40-day Nationwide Strike.

In it, Temporary Workers who gain at least three years of service will convert to permanent status starting this year.

Still, thousands remain temporary Workers at GM facilities and their chance of reaching permanent status is long and uncertain.

“UAW Members sacrificed during our forty-day Strike to create a defined path for Temporary Workers to Seniority Members in the 2019 National Agreement," Terry Dittes, UAW Vice President General Motors, told The Detroit Free Press in an e-mail. "We remain in conversations with General Motors at several locations where we believe additional Members should be moved to Seniority Status under the agreement."

This move is a good start, said Dittes, but the Union will be "vigilant to make sure that all hard-working Temporary Employees see their advancement to Seniority Status.”