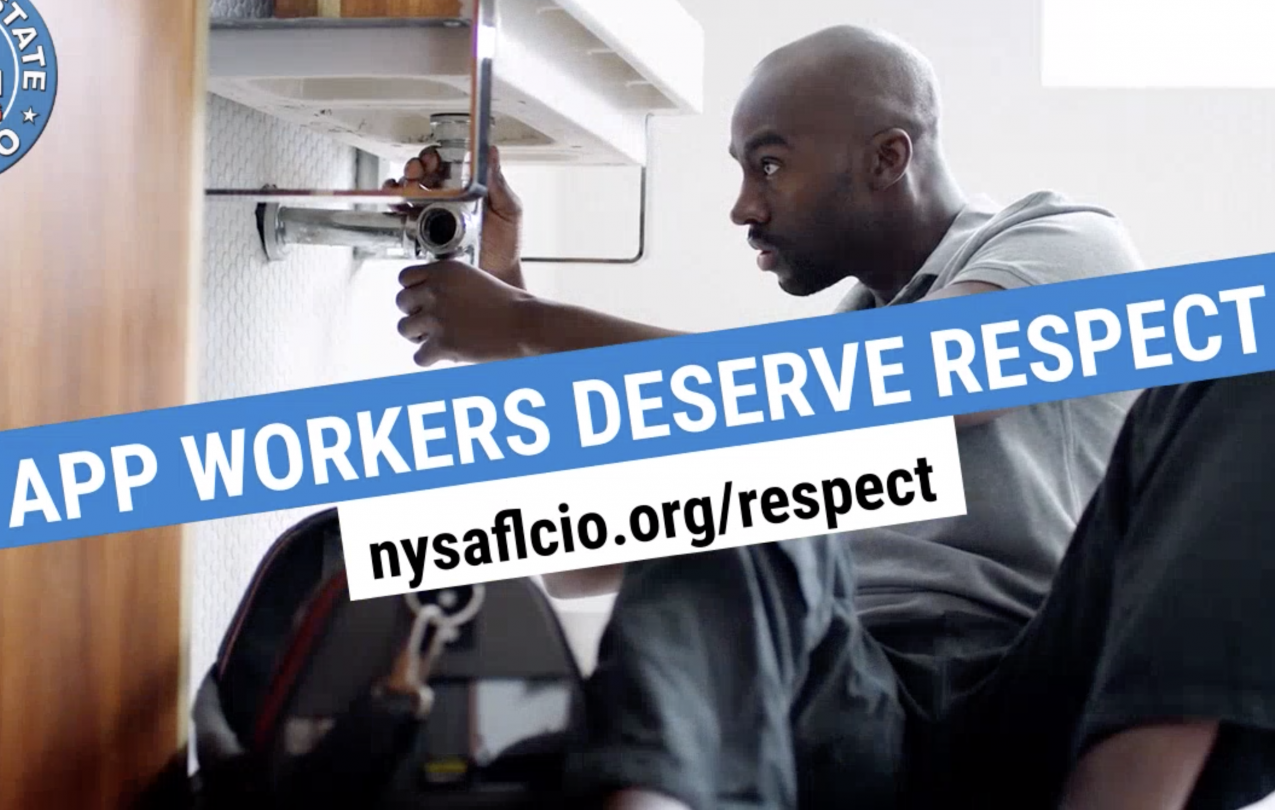 (ALBANY, NEW YORK) - The New York State AFL-CIO is running a digital ad campaign to raise awareness to the fact that Workers in the Gig Economy are lacking the same basic Worker Protections as all other Workers.

The targeted digital ads are part of the State Labor Federation’s campaign to get legislation passed that will ensure App-Based Workers are considered Employees and are not left behind when it comes to Worker Protections and Rights.

The campaign will continue to run throughout the legislative session (the ad can be viewed here).

“The ads point out that because app companies misclassify their workers as Independent Contractors, the Workers are deprived of statutory rights and protections including: Minimum Wage; Overtime; Workers Compensation; Unemployment Benefits; The right to join a Union; and protection against discrimination and sexual harassment,” said New York State AFL-CIO President Mario Cilento, whose Statewide Labor Federation of 3,000 Unions combine to represent 2.5 million Private and Public Sector Members.

The State Labor Federation commissioned a report about the plight of Gig Workers in New York State.  Published last Spring by the Cornell University, School of Industrial and Labor Relations, the report documented widespread concerns from Gig Workers who said of their App-based job, “Not regular pay. No benefits.”

Others raised concerns about sexual harassment, stating: “I had a group of four young men in my car.  They then proceeded to ask if it was okay if they (engaged in sexual acts) in my car… then, just two weeks ago, I had a passenger, (who) tried to friend me on Facebook.”

Some App-Based Workers complained about not having any formal process to appeal disciplinary actions and negative ratings writing: “… they deactivated my account, I called, texted, sent emails to find out what happened, no one ever got back…. I was left there hanging.”

The concerns are among several included in the Cornell report.

Cilento vowed that the Labor Movement will not rest until Gig Economy Workers are considered Employees to ensure fairness and equality among all Workers: “These Workers are being taken advantage of by App Companies that are focused on increasing their profits by simultaneously denying Workers their rights, placing an undue burden on traditional employers who follow the rules and shifting their responsibility onto the government and ultimately the taxpayer.”

To Directly Access This Labor News Story, Go To: https://nysaflcio.org/press-releases/nys-afl-cio-launches-digital-ad-campaign-win-protections-app