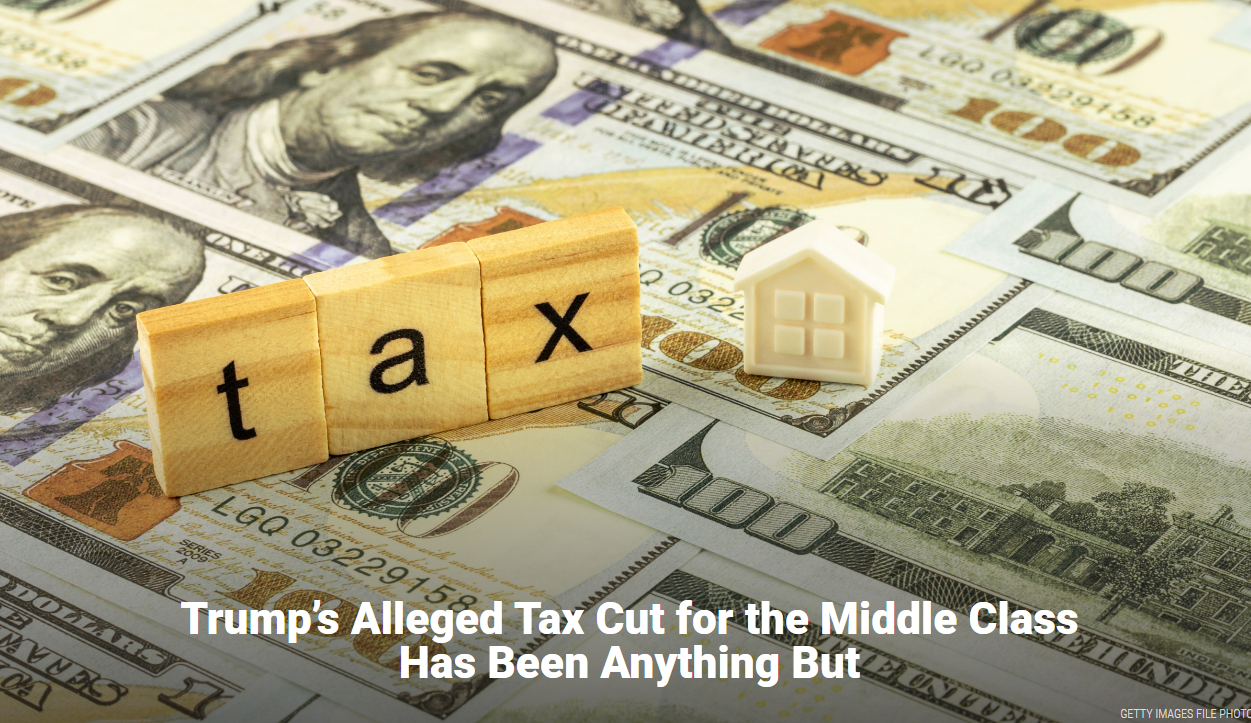 (WASHINGTON, D.C.) - The two-year-old Tax Law pushed by Republican President Donald Trump and his Congressional Allies has helped the wealthy enrich themselves and left out Working People.

Known as the Tax Cuts and Jobs Act (TCJA), the law has benefitted corporations and the wealthy while doing little or nothing for Working Families, according to a new analysis from the Economic Policy Institute (EPI) and the Center for Popular Democracy.

One of the largest tax overhauls in half a century, the Trump Tax Law “has failed to boost American Workers’ wages or to deliver broad prosperity for low-income communities or Communities of Color,” the paper’s authors write.

Among other findings, the new analysis suggests the law: Has had no discernible impact on wages for Working People; Has decisively failed to spur business investment; Has caused corporate tax revenues to plummet; Has caused corporate stock buybacks to surge; and Has fueled Income Inequality and exacerbated racial wealth divides.

It’s no accident the law has benefitted the already wealthy - while further leaving Working Families behind.

Despite Trump’s promises to help the Middle Class and stand up for “forgotten Americans,” he has looked out more for the wealthy elite and corporate interests.

So it’s no surprise the Tax Law is working exactly as it was designed and helping the rich and the powerful.

The only surprise might be - due partly to how sloppily it was written - that it’s benefitting big companies even more than anticipated.

Like a customer manipulated by an unscrupulous salesman, the American Worker understandably feels betrayed and perplexed.

The companies that saved big with the Tax Law have failed to invest in their Employees, choosing instead to spend their extra money on stock buybacks.

This is why Workers need a voice on the job through a strong Union.

Workers can build power and demand fairness in the workplace and bargain for better pay, benefits and basic dignity through their Unions.

To Directly Access This Labor News Report, Go To: www.afscme.org/now/trumps-alleged-tax-cut-for-the-middle-class-has-been-anything-but