The Union Thats Become One Of The Most Feared Political Forces In New York, The Hotel Trades Council Defeated Airbnb, Now Its Taking Aim At A New Target 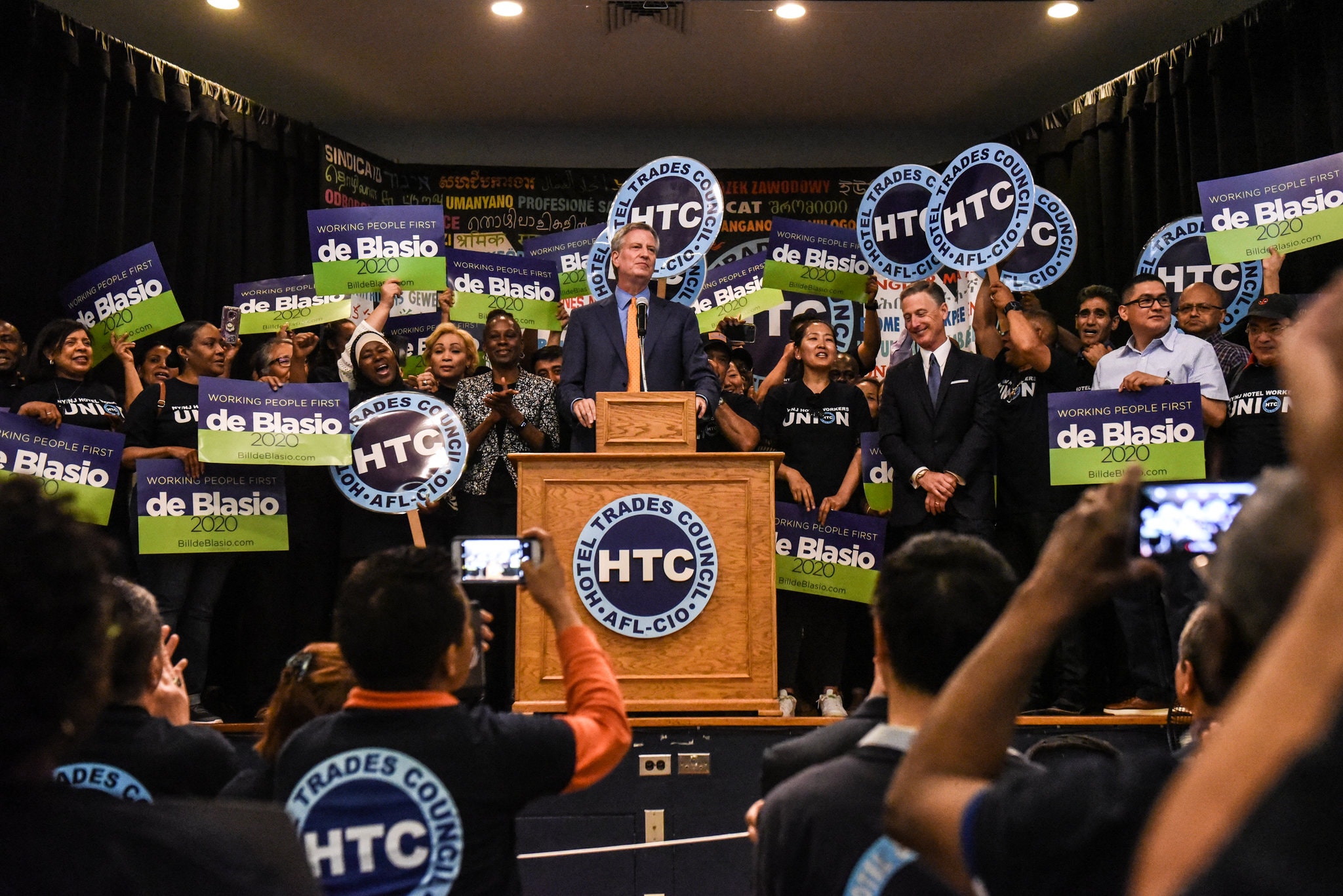 (NEW YORK CITY) - With the Presidential Campaign of Mayor Bill de Blasio foundering from the start, desperation mode hit early.  He needed money, support - anything that might prolong his chances.  The mayor’s crisis became one Union’s opportunity.

The Hotel Trades Council endorsed Mayor de Blasio for the Democratic nomination and then spent $440,000 on ads outside New York supporting his candidacy.

It marshaled a torrent of small-dollar contributions from thousands of Room Attendants and Bartenders, Bellhops and Banquet Waiters - accounting for about 30% of all of Mayor de Blasio’s total donors.

For Peter Ward, the Council’s President, the effort served two purposes: It gave the Union a chance to demonstrate its small-donor operation in a way that he said would “be visible to candidates” in future races, like the 2021 mayoral contest; but Ward was after something else - new rules that would effectively restrict most Non-Union hotels from opening in New York City.

Now, he may soon get what he wants.

With a potent mixture of campaign cash, canny bets on local races and Union Members ready to take to the streets, Ward has transformed his Union of 33,600 Hotel Workers into one of the most imposing political forces in New York.

In recent years, it has helped scuttle an attempt to rezone a swath of Midtown Manhattan, halted the conversion of hotels into condominiums and pressured city officials to spend millions of dollars combating Airbnb - a company the Union views as a threat to hotels and hotel jobs.

Its most recent victory came last month in New Jersey, across the river from Manhattan, when the Union won a multimillion-dollar showdown with Airbnb in Jersey City over a referendum on restrictions to home sharing.

Across the Nation, Organized Labor has been suffering a decades-long loss in power and numbers, with Anti-Union Legislation and court rulings expediting the decline.

But there has also been recent evidence of resurgence, in places like West Virginia and on the Democratic Presidential Campaign Trail, and the New York Hotel Union’s efforts are another stark example.

To Continue Reading This Labor News Story, Go To: https://www.nytimes.com/2020/01/02/nyregion/hotel-union-nyc-airbnb.html