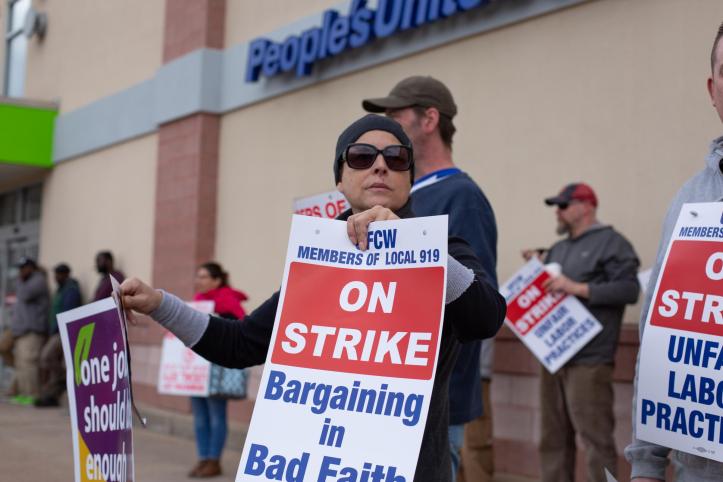 (WASHINGTON, D.C.) - Labor Unions have faced tough times over the past couple of years under the Republican Trump Administration and now, heading into 2020, the Labor Department - under the direction of new Labor Department Secretary Eugene Scalia, is expected to continue rolling back Obama-era rules and policies that made Union Organizing a little easier.

However, Unions finished 2019 with some momentum: the United Auto Worker (UAW) held tough in a Strike against General Motors (GM), and the National AFL-CIO won better Labor Protections in the new trade agreement with Canada and Mexico.

But going forward, the Labor Department’s making it harder for unions to organize, collect dues and fight Anti-Union Campaigns.

Ben Zipperer at the Economic Policy Institute (EPI) said there could be new limits on who can join a Union: “The Trump Administration has proposed Graduate Student Workers, Teaching Assistants and Research Assistants ‘shouldn’t be counted as Employees with protected bargaining rights.’”

And further, the pendulum is swinging back toward employers, said Shannon Farmer at Law Firm Ballard Spahr: “It’s going to ‘make it harder’ for Unions ‘to get very quick elections and catch employers unprepared, which a lot of employers felt happened under the existing rules.’”

To Directly Access This Labor News Report, Go To: www.marketplace.org/2020/01/03/labor-unions-face-increasing-challenges-in-2020/?fbclid=IwAR0Yu4Z02Ogk_AChxkSJeg_7B-8j76FHFylhVuKHoJomPT8F0D9mF71LCMo